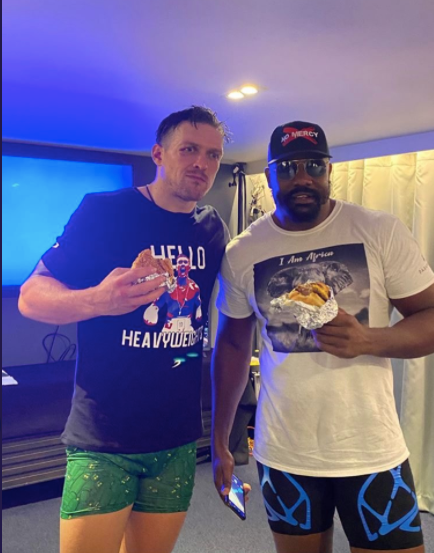 DERECK CHISORA gifted Oleksandr Usyk and his team BURGERS as they enjoyed a backstage post-fight feast together.

The British veteran was beaten on points by the former undisputed cruiserweight champion as the two left it all in the ring.

But after their heavyweight headliner, they tucked into a Five Guys courtesy of Chisora.

The two and Chisora’s manager David Haye then posed for a picture.

Usyk had to overcome an early onslaught as Chisora came on on the front foot, swinging with mean intentions.

But as the underdog tired, and Usyk built into his rhythm, the Ukrainian southpaw began to run away with the rounds.

After the loss, Chisora, 36, told Sky Sports: “I feel great. I was pushing the pace.

“I’m just disappointed with the result, gutted. To everybody who can’t make it [to the fight], I’m gutted for everybody.

“In the heavyweight game, you have to fight not box,

“I gave a couple of rounds away.” 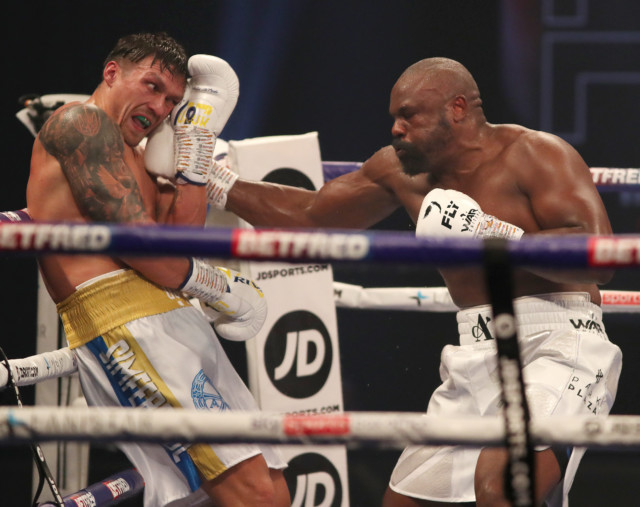 Chisora was beaten on points by the former undisputed cruiserweight champion 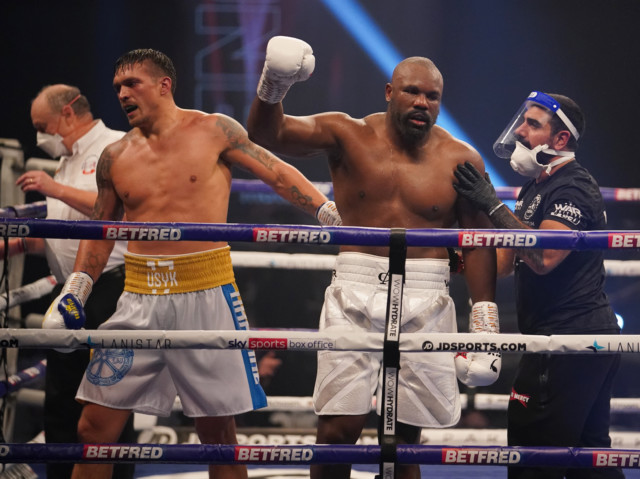 Usyk and Chisora embrace after their heavyweight headliner

“My plan is to go to my home, maximum time with my family. Training and improving myself.”