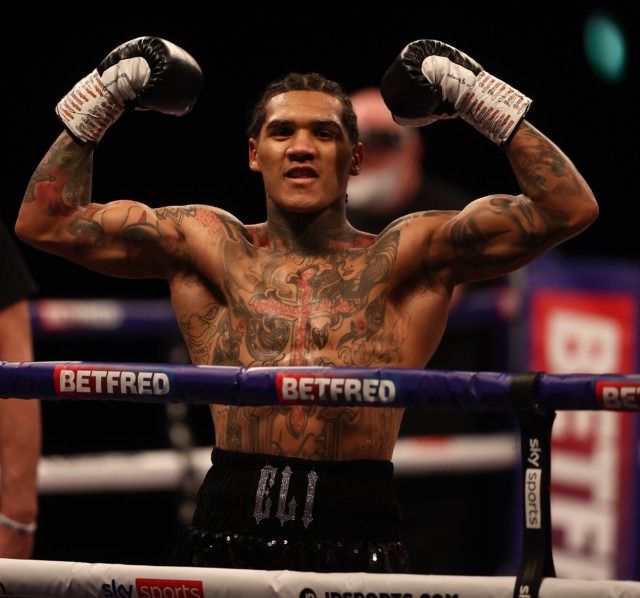 The new father had baby Eli’s name etched on his shorts for the first time since his January birth and made quick work of the veteran to rush home to his new family. 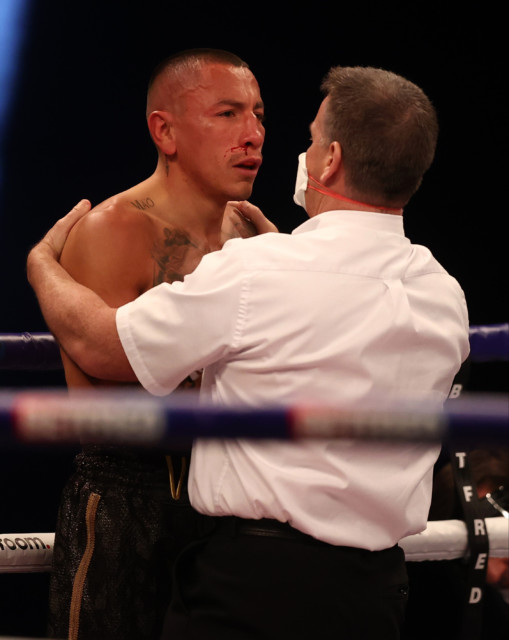 Father Nigel spoke before the fight about how the 24-year-old’s jab has continued to improve rapidly and he showed it again with a succession of arrow-like lead hands.

But the Colombian was stunned by an early right hand and Benn unloaded almost a dozen accurate and brutal punches before the referee jumped in.

Somehow Vargas did not hit the deck but he was utterly shell shocked by The Destroyer who had barely worked up a sweat and still had the breath to call for a mouthwatering all-English clash.

“Statement made,” the new Benneration roared. “Nobody has banged him out in one round. Give me a proper test. Give me Amir Khan, or is he too busy on reality shows now.

“I was expecting a hard 12-round fight tonight but I am the most rapidly improving fighter in the world, not just Great Britain.

“I was hitting him and it felt good, he was there to hit so I let my hands go.

“I did not get hit with a single thing in there, if it had gone longer I would have shown you even more and I am not even in my prime yet.”

Conor Benn blasts out Vargas in the 1st

The tattooed ace went to 18-0 with a faultless performance against a veteran who had only previously been stopped by the absolute elites of the division.

Khan had to climb off the floor to beat Vargas back in 2018 but Benn battered that effort in rapid time.

And the 34-year-old Bolton hero was then the target of Benn’s remaining adrenaline as he ordered their shared promoter Eddie Hearn to get on the phone.

Did you miss our previous article…
https://www.sportingexcitement.com/boxing/maths-teacher-ebanie-bridges-is-boxing-hopeful-who-poses-in-lacy-lingerie-at-weigh-ins-and-fought-on-with-broken-ankle

Advertisement. Scroll to continue reading.
In this article:conorbenn, firsttime, newfather