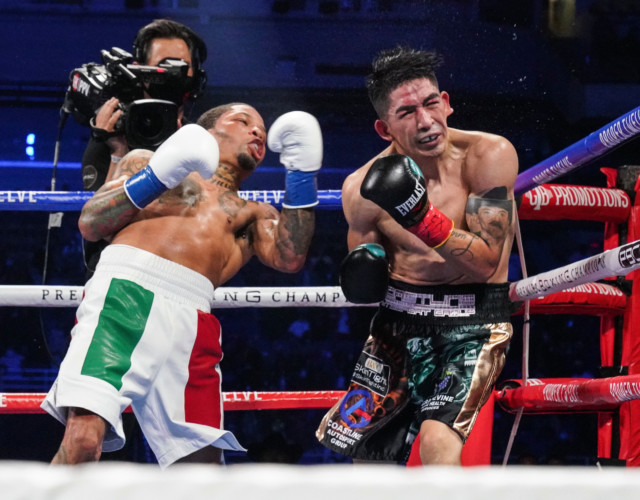 GERVONTA DAVIS hugged Floyd Mayweather ringside after knocking out Leo Santa Cruz in an emotional moment between the pair.

Davis closed the show in emphatic style in front of the boxing legend, as a left uppercut in round six left Santa Cruz out for the count.

Afterwards, he rushed to his promoter as Mayweather gripped the 25-year-old and appeared to whisper words of wisdom.

Davis even paid homage to his mentor as he replicated the famous Mexican ring attire that Mayweather wore against Oscar De La Hoya in 2007.

And the Baltimore banger – known as ‘Tank’ – did not disappoint in his first US pay-per-view headliner, stealing the show with the devastating left hand.

But Mayweather, 43, insisted his protege is top of the pile. 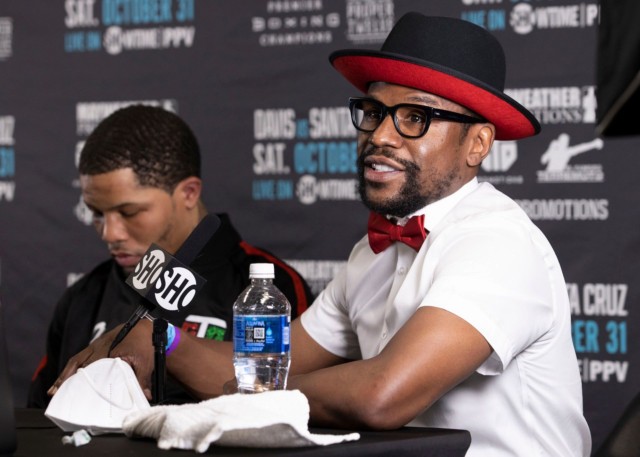 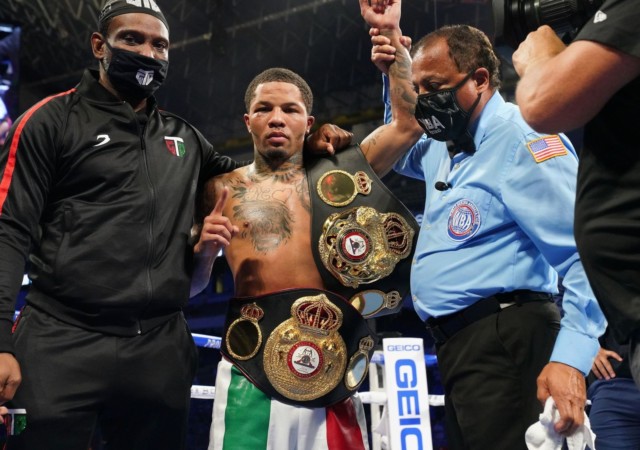 Davis walked away with WBA super-featherweight and lightweight belts

“What we wanna do is let him go home, enjoy himself, his daughter, his family, his team, and then we will talk about that, 20-30 days from now, but he should be able to enjoy his victory.”