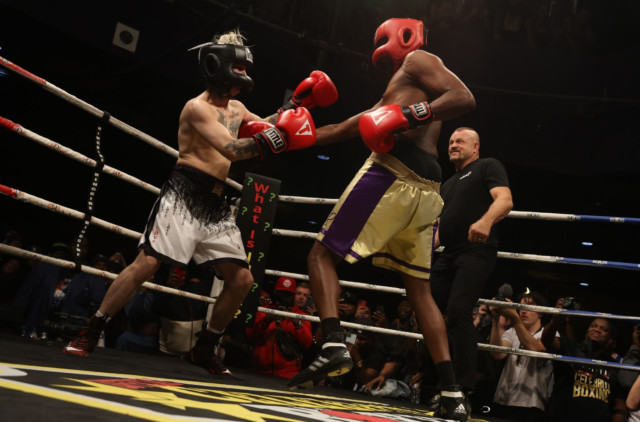 LAMAR ODOM beat rapper Aaron Carter into submission in round two of their celebrity boxing match.

The exhibition bout between the ex-NBA star and musician was reffed by UFC legend Chuck Liddell. 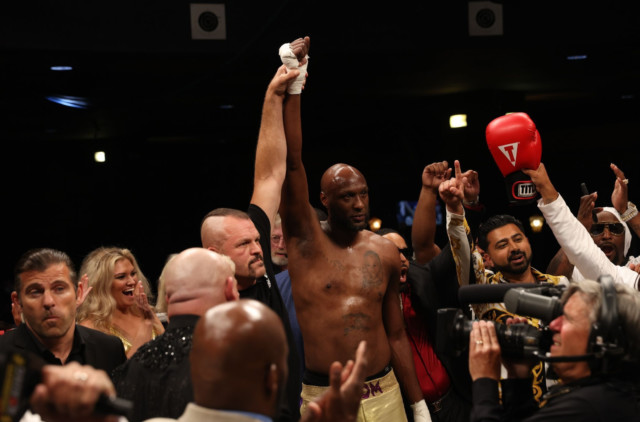 And former light-heavyweight champion Liddell counted Carter, 33, out in the second as he shook his head in defeat.

Odom, 41, outweighed the singer by a massive 64 pounds and while standing 6ft 10in, he was the taller man by TEN INCHES.

The size proved the difference, as he bullied Carter around the ring before a flurry of punches put him on the floor.

Only last week boxing fans were subjected to the exhibition showcase between American legend Floyd Mayweather and YouTuber Logan Paul.

But Paul, 26, surprised all as he claimed moral victory going the full eight round distance with Mayweather, 44, in Miami.

Unfortunately, the same could not be said for Carter, as fans on Twitter mocked his performance and the fight itself.

One tweeted: “This is a joke.”

Another tweeted: “I have so many questions.”

One posted: “What on Earth is this?”

Another commented: “This is so sad and funny at the same time.”

Who signed off on this lol https://t.co/nrE5Q3OCvz

This is so sad and funny at the same time https://t.co/qqCihRB4yf

This has to be the biggest joke on tv/internet https://t.co/HfZGUtZS5H

I have so many questions https://t.co/xhgkhUoItQ

What on Earth is this ?