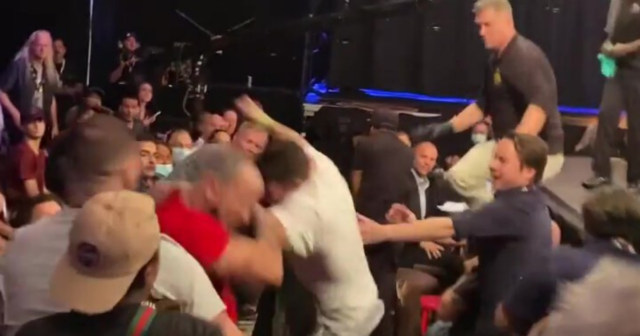 The American, formerly of the UFC, was working as an analyst at a Bare Knuckle Fighting Championship event in Tampa

He was heckled by 12-9 MMA veteran Lane, 34, who even threw something in Perry’s face.

It sparked a furious reaction from Perry, 30, who then stormed over to Lane and began attacking him.

The rivals were eventually separated by security as a mass melee broke out in the arena.

Lane is 4-5 in bare-knuckle and most recently fought in October, losing to David Rickels.

But he will return in January against Kaleb Harris and will look to win for the fist time since June, when he beat Jake Paul’s ex-sparring partner Jake Bostwick.

Perry on the other hand in October signed a deal with BKFC after his UFC contract expired.

He is yet to fight for the promotion but did compete in Triller’s Triad Combat event in November.

It merged boxing rules with some MMA clinching in a hybrid setup, and saw Perry beat Michael Seals by split-decision.

Afterwards, he told MMA Junkie: “The sky is the limit. My son was here, I got the dub tonight. I’m just grateful man. I’m so humbled. I’m blessed.

“There’s a lot of people that were hating, and I thought about the speeches I would give after the fight, and I don’t have nothing bad to say to the haters because I only want to talk to my fans, and I’m grateful for all their support.” 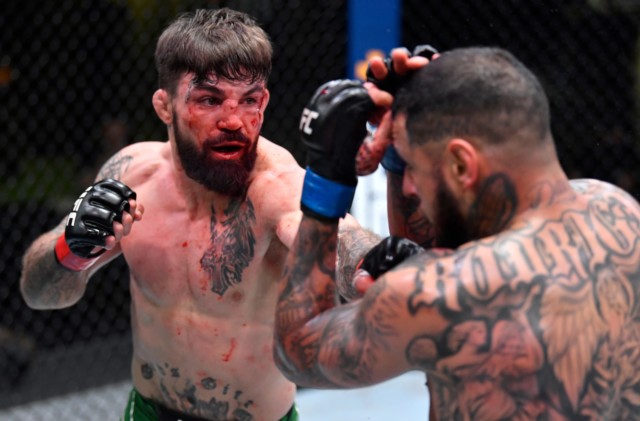