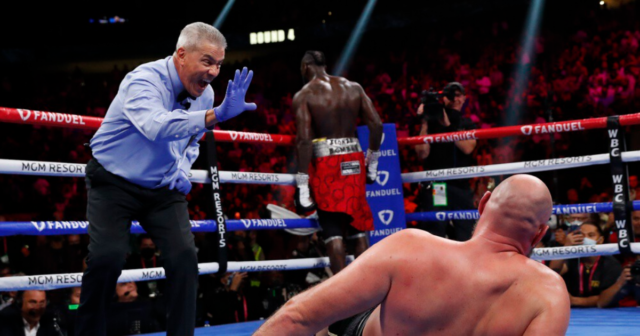 DEONTAY WILDER only has himself to blame after Tyson Fury was given a longer count after being knocked down.

Fury was floored for the second time in round four but managed to beat the count to fight on. 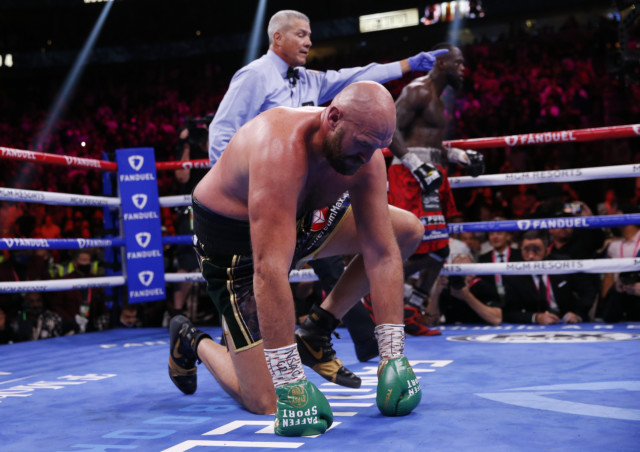 But fans and pundits – including American boxing legend Andre Ward – complained that the count was extended.

Footage reveals the reason referee Russell Mora stopped counting at five was because Wilder was not in a neutral corner.

It was at that point Mora stopped to signal for the American to move into the neutral corner before his count resumed.

The official was just sticking to the rules set out by the Association of Boxing Commissions and Combative Sports.

It reads: “When a knockdown occurs, the downed boxer’s opponent shall go to the furthest neutral corner and remain there while the count is being made.

Despite the rules being adhered to, spectators raged online that Fury had been given valuable extra seconds.

UFC legend Daniel Cormier tweeted: “The count was crazy slow. He isn’t supposed to stop counting to tell Deontay to go to his corner.”

Ward, who was ringside working on commentary, said:  “That was an extremely slow count on both of those knockdowns, I don’t know what that was about.”

A similar drama occurred during their first fight when Fury was dramatically knocked down in the final round.

Referee Jack Reiss got to count of eight when the Gypsy King arose, before asking him to walk towards him, and allowing the bout to continue.

Fury, 33, won the rematch in seven rounds two years later but the trilogy fight was the pick of the bunch.

Wilder, 35, was dropped in the third but bounced in the following round to score two knockdowns of his own.

It was then in round ten when Fury floored the Bronze Bomber and later closed the show in the 11th.

Scott wrote on Instagram: “Tyson, incredible fighter you are.

“You have a very uncanny way of bringing out the best in people and I really embraced this mission with open arms knowing we was [sic] going up against one of the best heavyweights of ANY era and with my man @kronksugarhill being your head trainer made the task even more intriguing.

“Last night we was great but you guys was greater. Congratulations on a victory well earned. ‘Boxing Wins Again.’”

Did you miss our previous article…
https://www.sportingexcitement.com/boxing/chris-eubank-says-he-will-never-get-over-son-sebastians-tragic-death-but-says-hes-proud-of-awesome-warrior-child