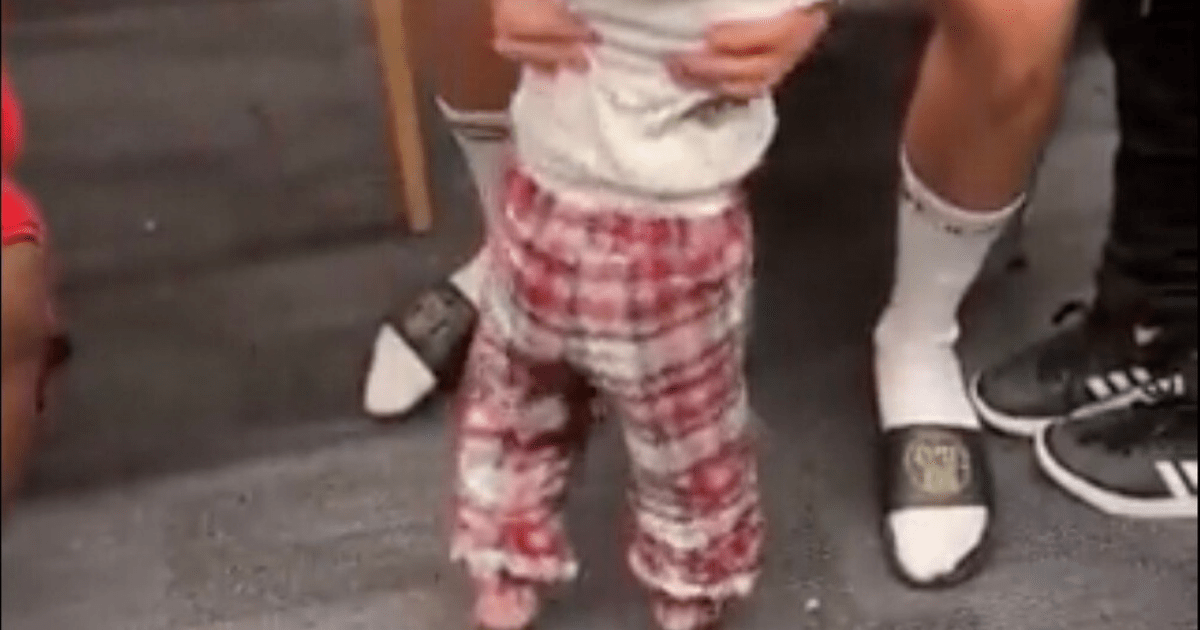 TYSON FURY and Derek Chisora shared a heartwarming moment after their fight as they shared food and met each other’s kids.

The Gypsy King won the bout at the Tottenham Hotspur Stadium after the referee brought a halt to the one-sided contest in the 10th round.

The boxers shared burgers after their brutal fight

It means Fury has continued his unbeaten professional record as he continues on his path towards an undisputed heavyweight clash with Oleksandr Usyk, who was watching on last night.

Despite the hard-fought encounter, there were clearly no hard feelings after the fight.

Fury joined ‘War’ after the battle and the two exchanged warm words and jokes.

Fury was joined by his eldest son, 11-year-old Prince John James, who shook Chisora’s hand after watching his dad fight in person for the first time.

Del Boy’s daughters, Angelina and Harare, both then met Fury.

Fury teased Angelina as he said “I’ve seen you on his Instagram” before sharing a hug with the younger Harare, quipping that the “pretty” girl “takes after her mum.”

The heartwarming exchange was then interrupted as burgers from fast food chain Five Guys arrived.

The two boxers continued their chat and at one stage clinked burgers as they gobbled down the meal. 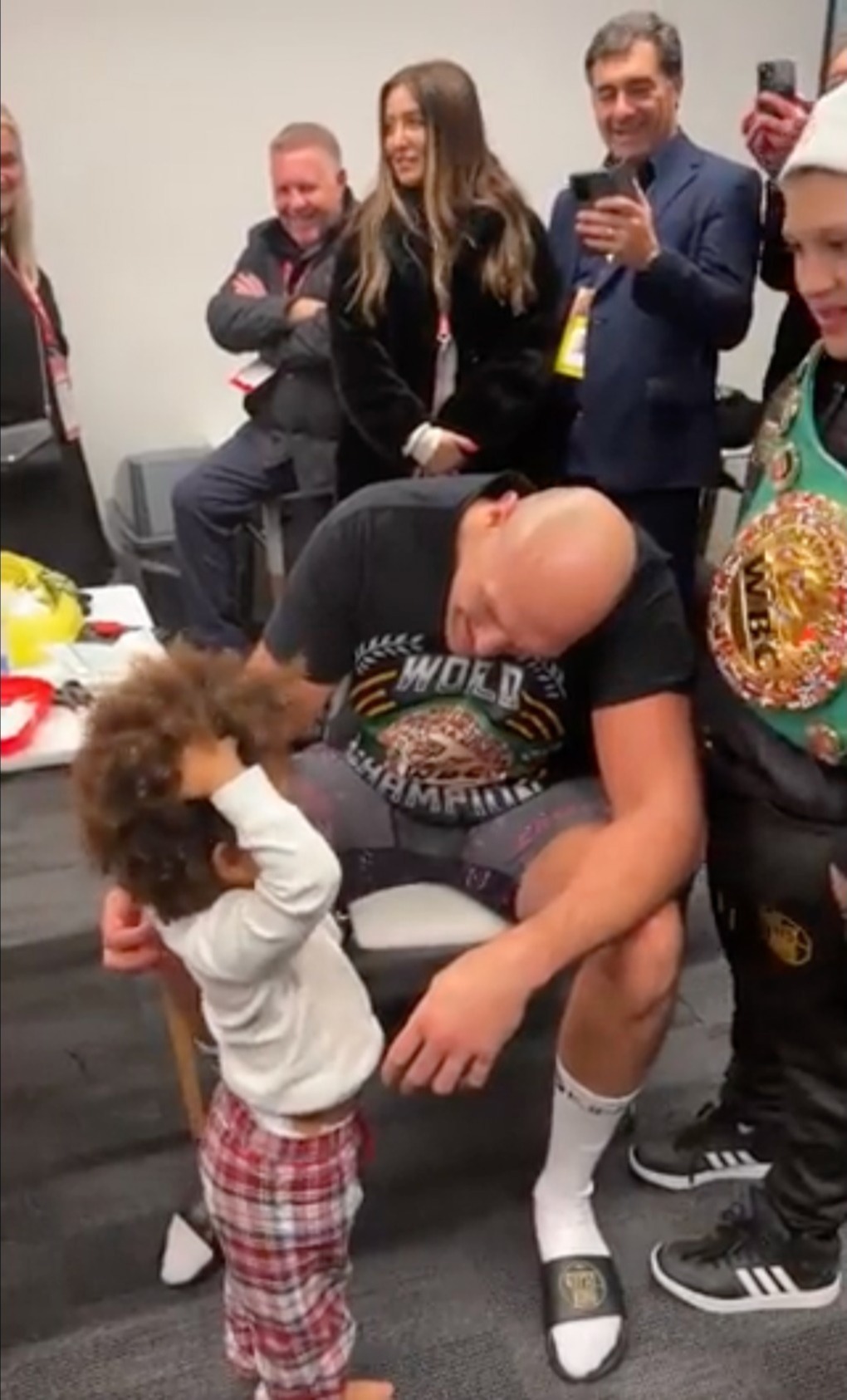 After a hard-fought fight, there was mutual respect between the fighters and their families 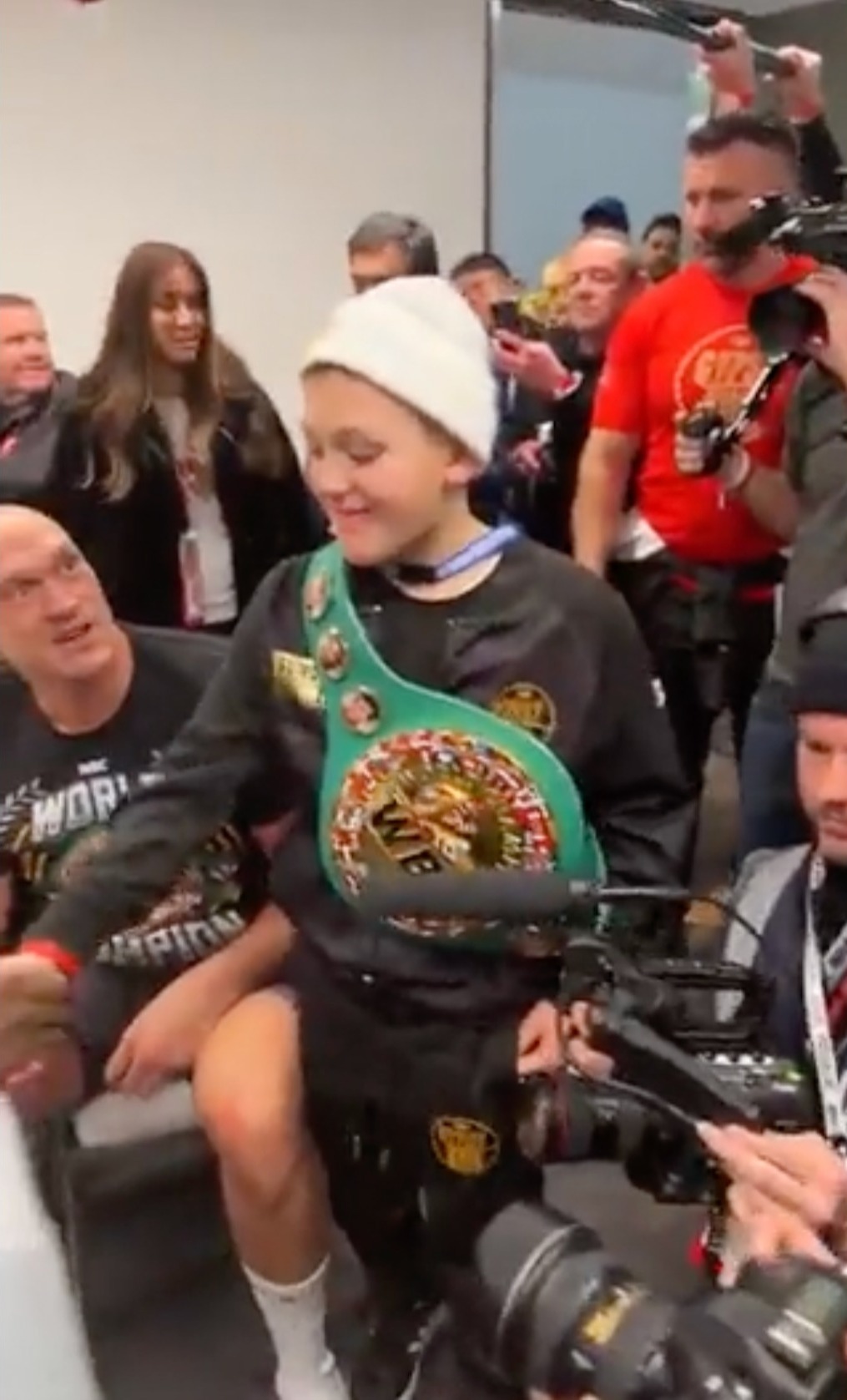 Fury’s eldest son, with the WBC belt hanging off his shoulders, shook hands with Chisora

The fight went as many expected it with Fury having too much for his opponent and retaining his WBC world heavyweight title.

Despite his best efforts, it was Chisora’s fourth loss in his last five.

It was Fury’s first fight since claiming he would retire after his victory over Dillian Whyte in April.

He can now look forward to a probable 2023 clash with Usyk – but potentially only after having work done on his right elbow.

The first step towards improving your boxing technique is to watch some good boxers fight. Pay attention to how they move and throw punches. Also, observe how they defend themselves. You can then try to imitate them.

Next, you’ll have to spar against another opponent boxer. This is where you’ll see whether you’ve improved your boxing technique. You’ll be amazed at how fast you can punch and how strong your punches feel.

So, if you want to practice boxing without a partner, you can simply watch professional boxing matches on TV. A local amateur boxing association is also available. Amateur boxing clubs hold regular training sessions. These sessions are often attended by sparring partners who share the same pads.

Boxing is one of the most popular sports in the world. It consists of two opponents who try to knock out each other’s head. There are different rules for boxing, and they vary from one country to the next. There are three types: Amateur, Professional, or Olympic boxing.

Amateur boxing may be done at school, college, and university. This form of boxing involves sparring with no protection and using padded gloves. Usually amateur boxing competitions consist of three rounds of five minutes each. Amateur boxing can be done in many styles, including Kickboxing and Muay Thai, Taekwondo or Karate, Judo, Wrestling, and Muay Thai.

Professional boxing is usually practiced in gyms, clubs or stadiums. They are equipped with protective equipment including a mouthpiece and nose guard, shinguards as well as elbow pads, knee pads. Waist belts and groin protectors. Professional boxing competitions include six rounds of four minutes each. There are many different types of professional Boxing such as Boxing, MMA, Kickboxing, Muay Thai or Taekwondo.

Olympic boxing is practiced at the Olympics. Special protective gear must be worn by boxers to ensure compliance with international standards. The competition lasts eight rounds of three minutes each. Olympic boxing is limited to two styles: Light Flyweight and Heavyweight.

There are many combinations that can be used to punch. These are combinations of punches which work together to achieve a goal. An entire combination could have several parts. A left hook followed with a right-cross will cause injury to the opponent’s jaw.

Boxers must use their legs to defend themselves against kicks. When he’s hit, he raises his right leg and runs away from the attacker. To avoid being kicked on his side, he will bend his knees if the attack is from the front. However, if the attack comes from behind, he stands up straight and blocks the kick with his foot.

Elbow strikes are very powerful because they inflict great pain. You can deliver an elbow strike directly or indirectly. Directly means you hit your opponent directly with your forearm. While indirectly, it means you hit him with another section of your arm.

Boxers use the power of their hands to block any incoming blows. They raise their fists high above their heads and point them in the direction of an attack. The attacker’s fist is then in their face.

When attacked, a boxer should step back and deliver counter-attacks. This will help him gain distance from his opponent. Additionally, boxers need to maintain their balance when they counter-attack.

A boxer must have a stance in order to be effective at boxing. The way he defends himself will be determined by his stance. It is how he positions himself and where he faces the opponent. Boxers have many options for stances. These are some of our most favorite:

The timing of each individual punch affects the effectiveness or failure of a combination. A combination that is effective starts with a strong punch, and ends with one that is weak.

Sparring is a form of boxing that aims to improve your skills. A sparring session is where a boxer trains both his mind and his body. Sparring is a way to learn how to fight without getting hurt.