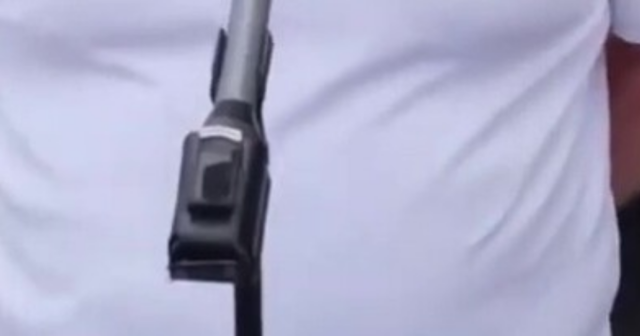 During a recent Jimmy Kimmel sketch, members of the public were asked for their thoughts on the former undisputed heavyweight champion.

An Australian man visiting America recently claimed he’d box Mike Tyson
But unbeknownst to him, the former heavyweight champ was stood right behind him 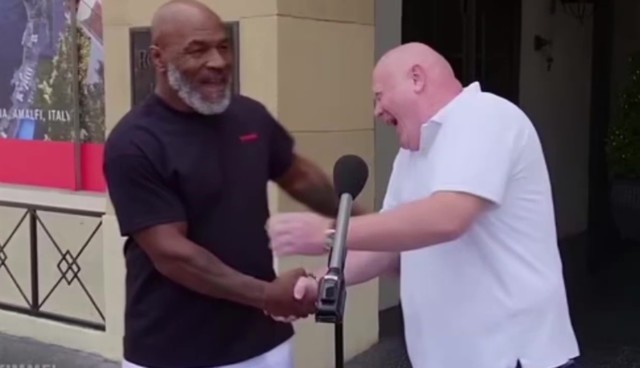 And an Australian man visiting the States didn’t shy away when asked how’d get on in a tussle with Iron Mike.

The interviewer asked: “Do you think you in your prime could go in the ring with Mike Tyson now?”

The confident chap boldly said: “Yeah, I’d give it a go.”

But unbeknownst to him, Tyson was stood right behind him.

Tyson crept up behind the bloke and did the bunny ears symbol above his head before he turned around and got the fright of his life.

As he turned around and came face-to-face with The Baddest Man on the Planet, the shocked man shouted: “Oh f**k.”

But his fears were quickly put to bed when Tyson reached out for a handshake and pulled him in for a hug.

The pair then playfully shadowboxed before the interviewer interjected and: “All right, we’re going to call that a draw.”

The hilarious clip went viral and received a slew of comments.

One person said: “Lol funny video clip. Still, it’s funny the way Tyson came up behind to surprise him.”

And another said: “Absolutely hilarious.”

Tyson, 56, returned to the ring in November 2020 for an exhibition bout with fellow boxing great Roy Jones Jr.

The Hall of Famer hasn’t let up with his training and recently revealed he was in talks over a shock bout with YouTuber Jake Paul.

He told Kimmel: “That could be very interesting,

“I never really took it seriously, but yeah, it could be really interesting. Everything is possible, yeah.

In this article:boxinglegend, jimmykimmel, thepublic