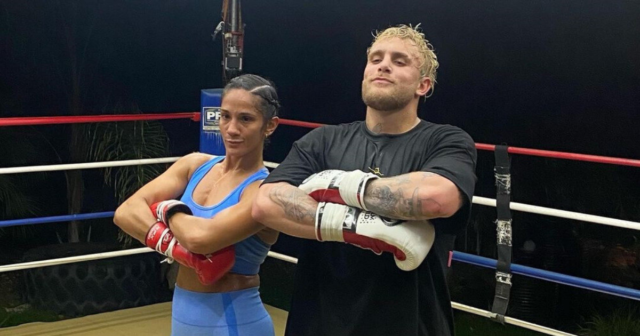 WORLD champion Amanda Serrano has been left impressed after training with Jake Paul, who is ‘flying great sparring partners in’.

Serrano linked up with the YouTuber after it was announced she would co-headline on Paul’s undercard against ex-UFC champion Tyron Woodley.

She told DAZN: “Jake is young, he’s hungry, and I saw that when I was training with him.

“He doesn’t need to box, he wants to fight, and that’s a good thing about any fighter like me, I love the sport of boxing, I wanna fight.

“I really don’t need to and that’s why I continue to fight.

“But you can just see it, he’s surrounded himself with positive people, with boxing people, he’s flying great sparring partners in.

” So you can tell that he really wants it.

“He hasn’t lost you know and Woodley, I don’t know his mindset for this fight in particular, but he is a fighter.”

Paul, 24, faces Woodley, 39, on Sunday, August 29 in his fourth and most challenging fight to date.

He is 3-0 in his boxing career but has so far beaten only limited opposition since his January 2020 debut.

With Paul confronted by a fighter who has knockout power for the first time, the social media star admitted he has it all to prove.

He said: “For sure, this is my make-or-break fight. This is my hardest challenge.

“Tyron Woodley has been boxing way longer than I have. He’s been knocking people out while I was in high school in science class.

“This is definitely a tough challenge, and it’s the perfect narrative.” 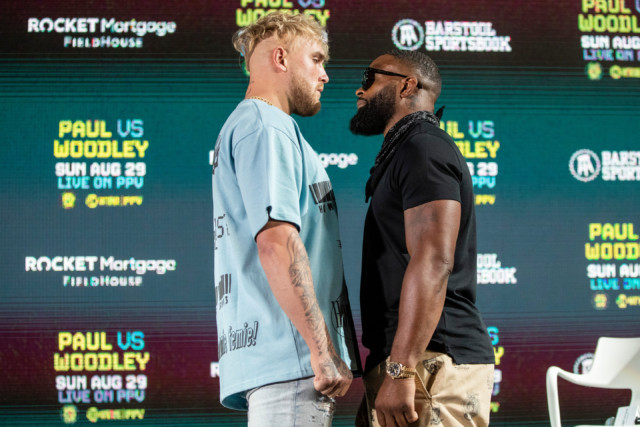