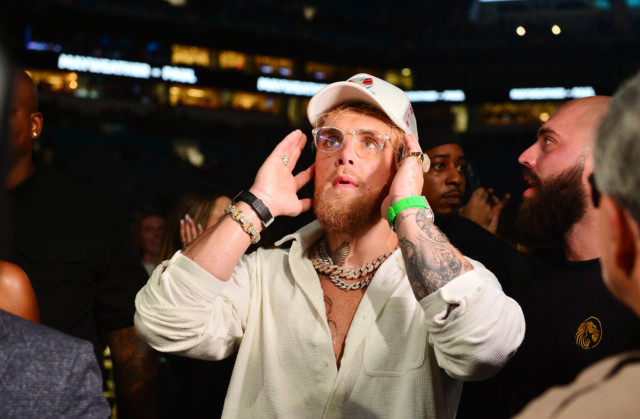 JAKE PAUL went viral for his X-rated reaction to the final minute of brother Logan’s fight against Floyd Mayweather.

The Problem Child was more than a little excited that the boxing legend went all eight rounds with his YouTuber sibling on Sunday night.

And Jake, 24, was at ring-side for the exhibition bout and recorded himself cheering on his brother in the final stages.

“You’re winning! Oh, uppercut! Yeah! 30 seconds for the rest of your life!”

In the build-up, Jake caused headlines by sparking a brawl at the press conference when he stole Mayweather’s cap while yelling ‘gotcha hat’.

The 3-0 boxer harked back to the phrase seconds before the final bell as he claimed Logan had taken the 44-year-old’s career.

SunSport previously reported that Mayweather landed fewer punches on Logan Paul than on Conor McGregor when he stopped the UFC star.

And after marking his comeback without a showstopping finish, the American appeared to pour cold water on ever fighting again.