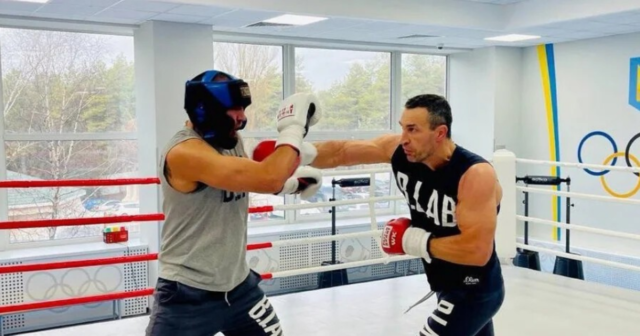 WLADIMIR KLITSCHKO has teased a sensational return to boxing by sharing some sparring footage online.

The former unified heavyweight champion of the world retired in 2017 after being knocked out by Anthony Joshua.

Wladimir Klitschko back sparring at age 45…

It brought to an end a stellar 21-year career in which he became one of the most feared boxers around the world.

But he was undone by a certain Tyson Fury in 2015 – the Gypsy King shocking the world by easing to a unanimous points decision in Germany to dethrone Klitschko.

The Ukrainian had a rematch clause in his contract with Joshua, but decided against pursuing this and hung up his gloves.

But now, at the age of 45, Klitschko looks to be in terrific shape as he shared a sparring clip on his Instagram Stories.

Looking nimble on his feet with bulging biceps, ‘Dr Steelhammer’ danced around the ring – although the sparring partner was hardly going hell-for-leather.

Ever since his defeat to AJ in 2017, Klitschko has remained good friends with the Brit.

And despite Joshua’s emphatic defeat to Oleksandr Usyk in October – the pair have agreed to rematch – Klitschko believes his old foe can regain all his belts.

He told Sky Sports: “We have seen AJ challenged.

“To bounce back? To eventually become one of the longest-reigning champions?

“AJ can still have his time, absolutely. It is all about how to overcome the challenge.” 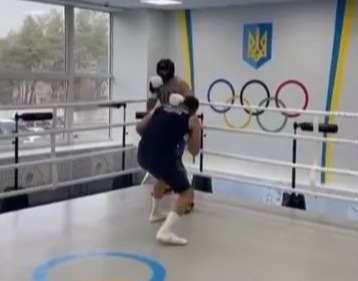 Klitschko looked nimble as he danced around the ring
Klitschko quit boxing after he was sensationally KO’d by Joshua in 2017
In this article:theworld, unifiedheavyweightchampion, wladimirklitschko