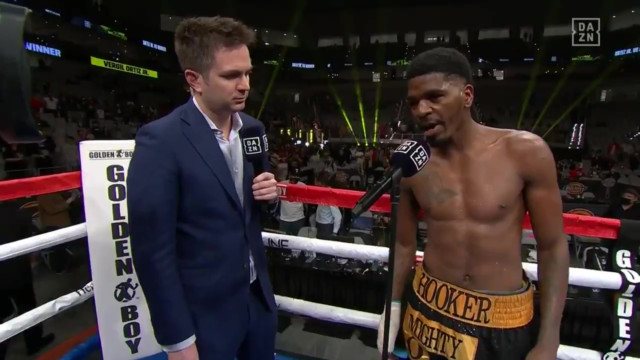 The former super-lightweight champion faced unbeaten Ortiz in his first fight at welterweight.

But he became the 17th straight man to fall victim the boxing’s newest KO king.

Afterwards, Hooker, 31, revealed he injured his hand during the fight, but it was met with a chorus of boos from the crowd.

This was Ortiz’s first step up in class, but he passed the test with flying colours, stopping Hooker with a right hand in round seven.

Ortiz, 22, said: “This win gives me more confidence. I believe in myself even more now than ever that I am ready for a world title.

“I would love the opportunity to fight Terence Crawford. If I get any opportunity, I would take it.

THE FUTURE HAS ARRIVED.

Three-division Crawford, 33, is unbeaten in 37 fights and recently stopped Kell Brook, 34, in four rounds in December.

He said: “Vergil is young and up-and-coming. But there are levels to this. He’s good. But he’s not ready for Terence Crawford.

“To be ready, he needs to just keep building himself up. He will be a world champ someday.” 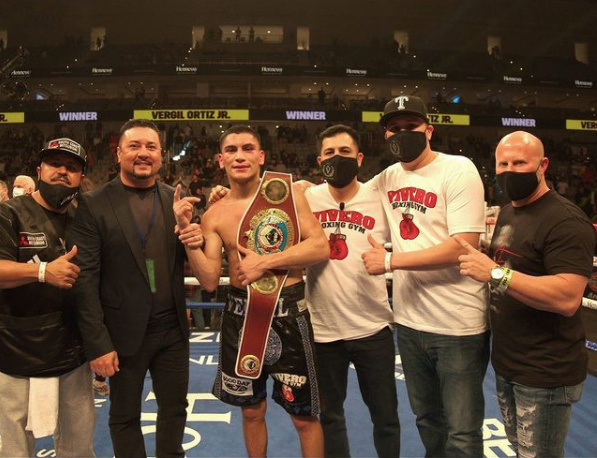