Watch Mike Tyson, 55, train in his pants as he shows off blistering speed and explosive power ahead of Logan Paul fight
Advertisement 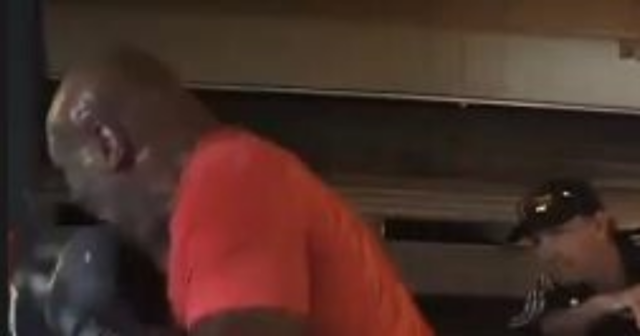 MIKE TYSON’S fight with Logan Paul may not be official yet but the legendary boxer is already hard at work in the gym.

Tyson has taken to social media to share an intimidating workout video of the 55-year-old exercising in his PANTS. 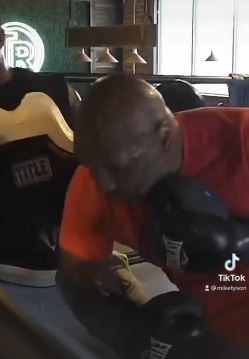 And showed he can still pack a punch 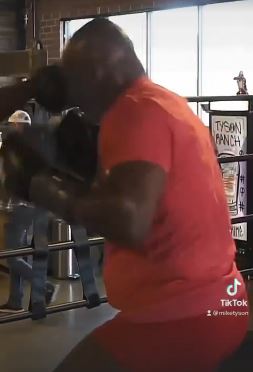 And the boxing legend looked as sharp as ever in his red briefs ahead of a rumoured February fight with YouTube star Logan Paul.

Iron Mike posted a video to TikTok in which he can be seen throwing meaty hooks into the pads of his trainer, showing he hasn’t lost any of his legendary power.

It’s the second time Tyson has treated fans to a sneak peek of his gruelling training sessions.

The former world champ came out of retirement in November after 15 years outside the ring – drawing with Roy Jones Jr, 52, in an eight-round exhibition.

He has stated that he will be back fighting in February but the opponent remains unconfirmed.

Fans though are hoping a sensational bout with Paul, 26, is on the cards.

The YouTuber turned boxer recently confirmed he was in talks to fight Tyson.

And the Ohio-born social media star even claimed he found it ‘absurd’ that people believe he would lose to the ferocious Iron Mike.

Paul said: “It’s been pinned. Then there’s rumours started circling, whatever we didn’t say anything and then it got confirmed that it wasn’t happening.

“I was like reading the tweets and the social commentary and everyone was saying, ‘Tyson would f***ing kill Logan’.

“So a fight that I initially hadn’t even considered, is now like people actually don’t think that I would win, this is actually offensive.

“And I started getting upset and now I’m kind of considering it just to shut people the f*** up.