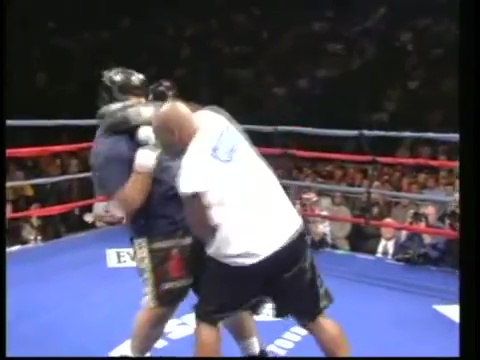 MIKE TYSON is on the verge of making a sensational comeback – but will hope it proves more successful than his last exhibition spectacle.

Tyson, who was a year into his retirement, announced he would be competing in a series of exhibition bouts against former sparring partner Corey Sanders in 2006. 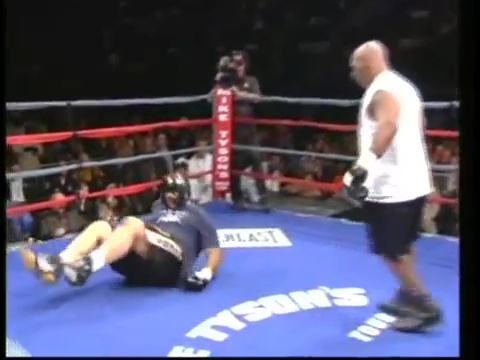 Sanders was floored in the first minute

The heavyweight legend was deep in financial stress and would use the box office bonanza to pay off debts.

Tyson, who was already putting on public workouts in front of 2,000 fans at the time, boxed Sanders in Ohio.

He came to the ring without a head guard, though Sanders did wear one, while both had vests on.

The pair warned they would “hold back” to prevent an early stoppage to the “show”.

But 20 seconds into the bout Tyson floored Sanders after a quick combination, which promoted the referee to call an 8-count.

In the same opening round Iron Mike landed a perfectly timed right hand over the top almost dropping Sanders again.

But as Tyson landed the punch he actually helped keep his opponent from going down.

The youngest heavyweight champion of all time kept up the beating until the fourth and final round, hammering Sanders with hooks.

But much of the 6,000 paying fans fumed at the lethargic tempo, not even similar to a sparring session.

It was the last time Tyson laced up the gloves, but 14 years later he is preparing to make another comeback.

He has signed to face former four-weight champion Roy Jones Jr, 51, in an eight-round exhibition.

But the circumstances have changed since 2006.

Tyson insists he will stand to make nothing for the fight, instead donating the proceedings to charity.

They will also not be wearing headgear, but will box in 12oz gloves.

The California State Athletic Commission, who have sanctioned the exhibition, have urged the headliners to avoid KO’s.

But just as Sanders found out, Tyson admitted he will be gunning to finish Jones before the final bell. 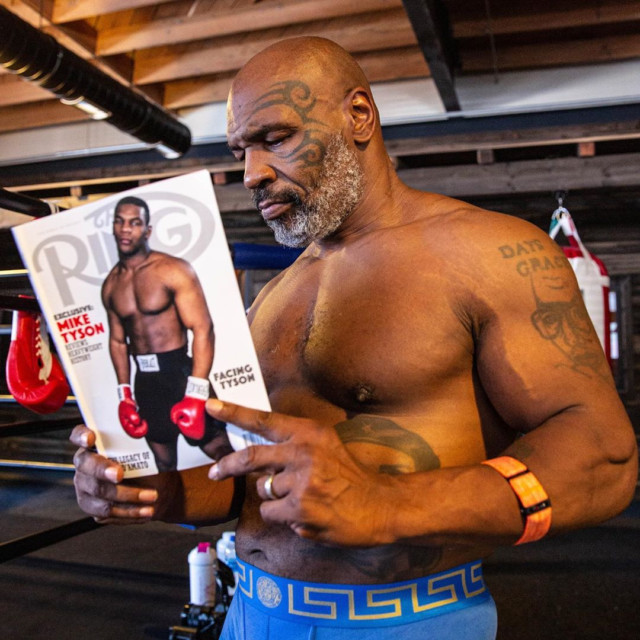 Tyson has signed to box Roy Jones Jr over eight-rounds
In this article:comeback, hope, theverge