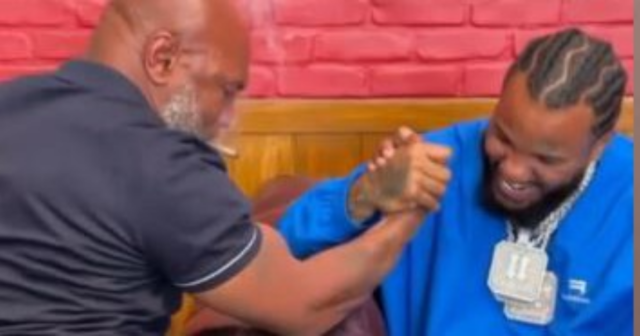 MIKE TYSON arm wrestled The Game while smoking a joint and after giving the rapper shrooms.

And the two competed in an arm wrestling match while the youngest heavyweight champion of all time had a joint hanging out his mouth.

The Game posted on Instagram: “I beat @MikeTyson arm wrestling & before you get started in the comments… he told me this eye to eye after it was over.

“I went light on em in the end cause I love him & I found it in my heart to let him come back lol.

“Not to mention, he leaning in with his whole body, n pulling on the couch arm… strong ass n**** ha ha ha. 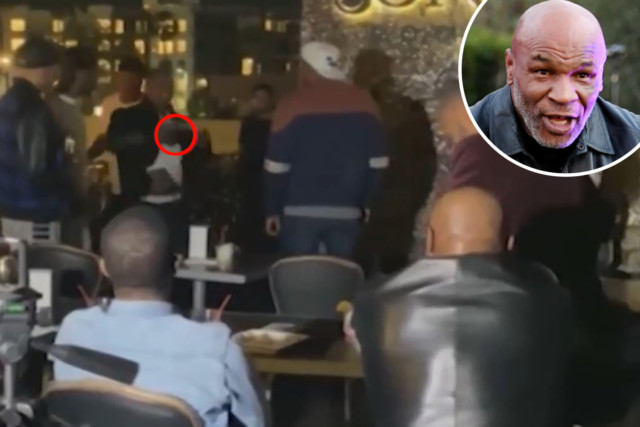 “I don’t think he was ready for my strength… @donamatrixtraining got me arms on Thanos right now.”

The Game, 42, admitted he was “starstruck” after meeting Tyson and got himself a signed pair of gloves.

Iron Mike also gifted the recording artist some of his edibles and even shrooms – a psychedelic drug.

The Game said in an Instagram video: “Ay yo, this n****Mike got me off shrooms too.

Tyson, 55, retired from boxing in 2005 and later went on to build a cannabis empire, offering premium marijuana strains, edibles and extracts.

That also includes his latest launch of “Mike Bites” which are edibles with a chunk of an ear bitten off, a nod to his 1997 fight with Evander Holyfield. 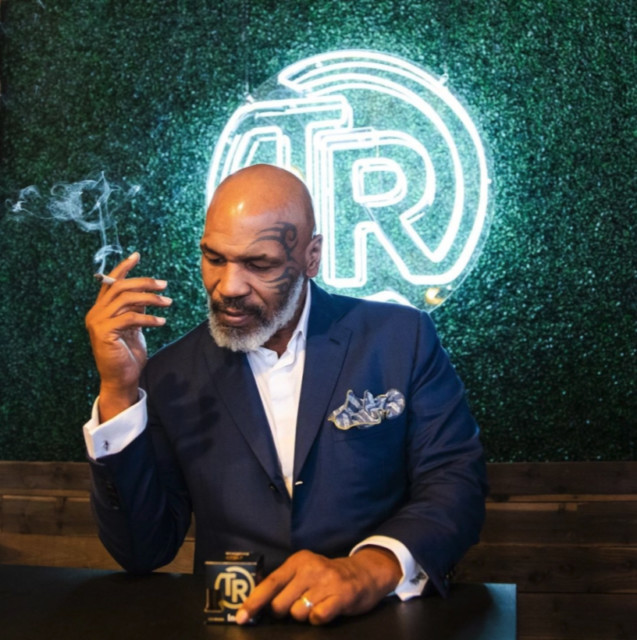 Mike Tyson has built a cannabis empire since his boxing retirement

Advertisement. Scroll to continue reading.
In this article:musicartist, realname, therapper