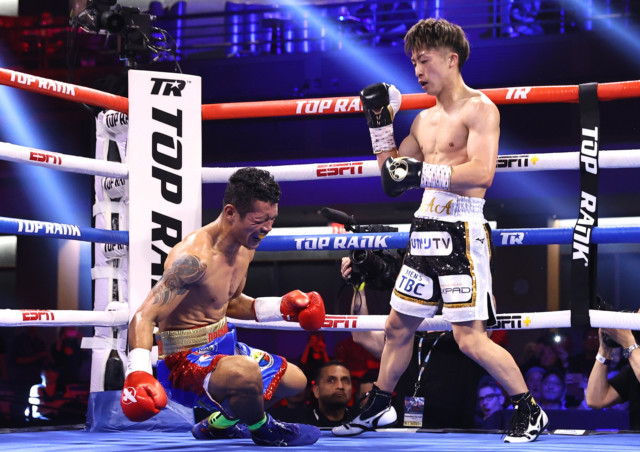 NAOYA INOUE extended his unbeaten pro record to 21-0 with a savage battering of Michael Dasmarinas.

The Japanese superstar, 28, demolished his opponent with a series of brutal body shots which saw the Filipino floored three times.

So much going on. Inoue is a beast. pic.twitter.com/VGkrk4aBz7

After Dasmarinas, 28, managed to get back up from his second fall, Inoue capitalised again in destructive fashion to set him back down on the canvas with a heavy left hook to the side.

It proved to be the third and final knockdown of the contest as the referee waved it off with 19 seconds to go in the third round in Las Vegas.

Inoue – ranked No2 in The Ring’s pound-for-pound rankings behind Canelo Alvarez – retained his WBA, IBF and The Ring magazine bantamweight world titles.

And the former flyweight now boasts an incredible record of 21-0 with 18 KOs in his pro boxing career.

It was one-way traffic from the opening bell as 5ft 5ins Inoue went out on the offensive to wrap up an early victory.

Midway through the second round, Dasmarinas was down for the first time when The Monster caught a massive left hand into the ribs.

The Filipino challenger bravely soldiered on but it was simply a matter of time before Inoue pounced again with the same shot to seal the win.

Now Inoue could be eyeing up an undisputed title fight. 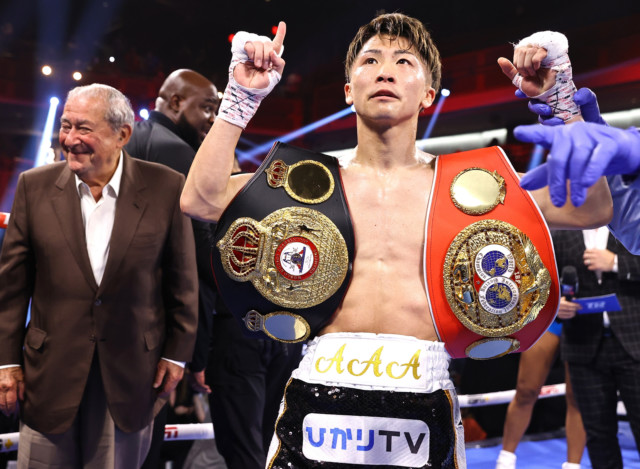 So the winner of that could take on Inoue in a fight to unify the bantamweight division.

Inoue said: “I prepare myself to knock them out, whether with a head shot or a body shot. I came prepared and to get a win by knockout is good for me.

“The first round, I just wanted to see what he had. It depended on how he came out, and after a little while, I thought I could get him out.

“Getting the win makes me smile, but to be able to fight the winner of Casimero and Donaire, that brings me another smile.”

Another incredible performance from ‘The Monster’. We are seeing a great fighter at work here, and he is only going to get better.” 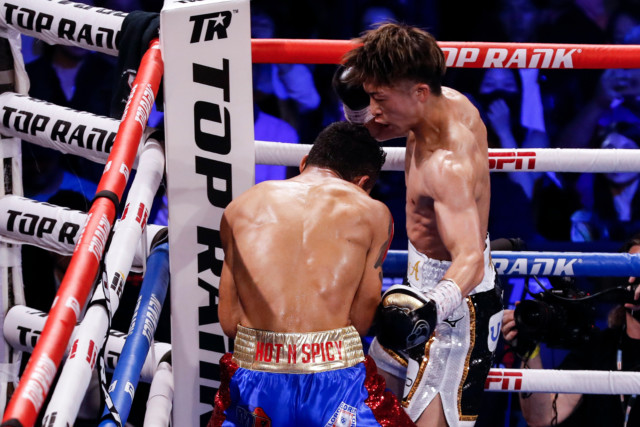 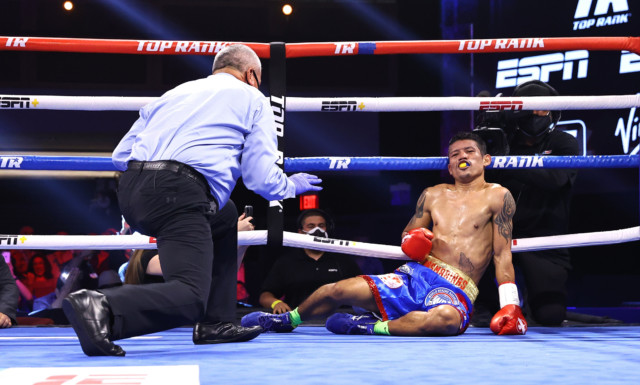