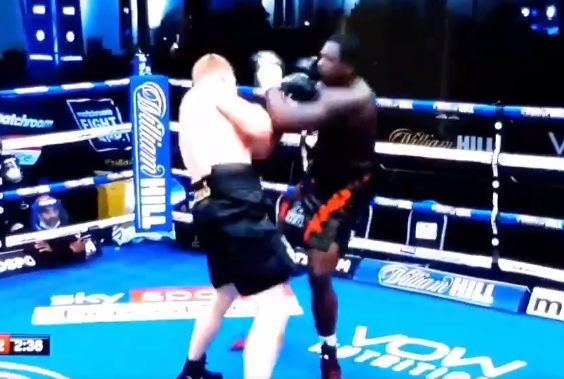 HERE is the punch that shattered Dillion Whyte’s 1,000-day dream of being world heavyweight champion.

It took barely 15 minutes for the Body Snatcher’s hopes to lay in tatters thanks to Alexander Povetkin’s perfect fifth-round upper cut.

The left was known as the Russian’s most powerful but the upper cut met Whyte’s head with such power it knocked him into a different stratosphere. 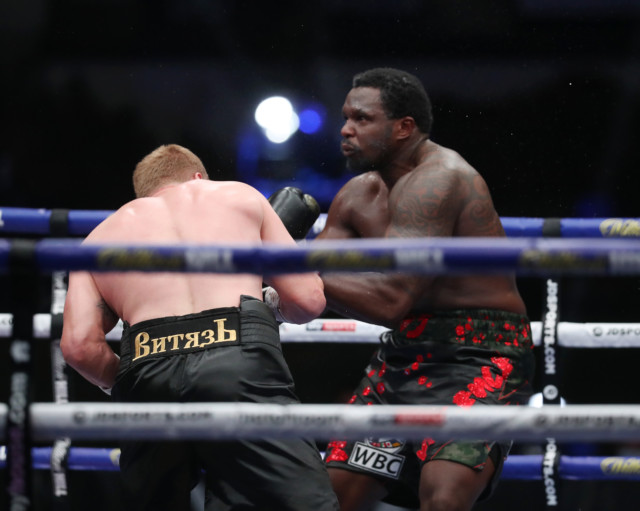 It left Brixton’s finest on the canvas and made the much-talked about fight camp Whyte had put himself through looking more like a wet weekend at Pontin’s.

Whyte had hoped for a ‘Battle of Britain’ with Anthony Joshua but that looks like a mission impossible now. 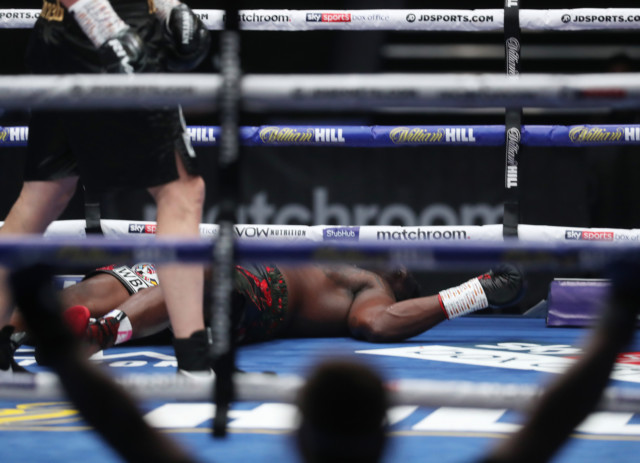 Whyte’s promoter Eddie Hearn revealed there is a clause to set up a rematch with the Russian – and Whyte had demanded it straight after.

And he was quick to acknowledge that boxing, unlike so many other sports, is so different as one punch can change absolutely everything as Povetkin becomes the WBC interim silver champion and mandatory challenger to Tyson Fury.

“It was a heavy knockdown so he will have to get his rest. Povetkin is mandatory now so he won’t be called. 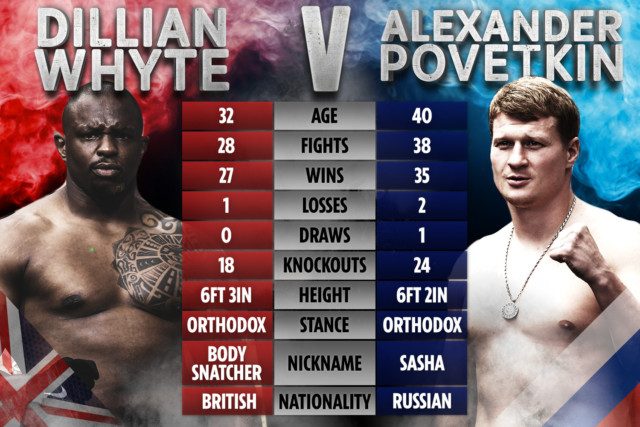 Tegsy said: ” Whyte got owned in his own backyard,not so cocky now!”

He posted: “Sickening for “DillionWhyte tonight he has come through so much adversity in his career only for this to happen.

And boxer Anthony Yarde said: “@DillionWhyte keep your head up bro. Look how much you have achieved and will continue to achieve.”