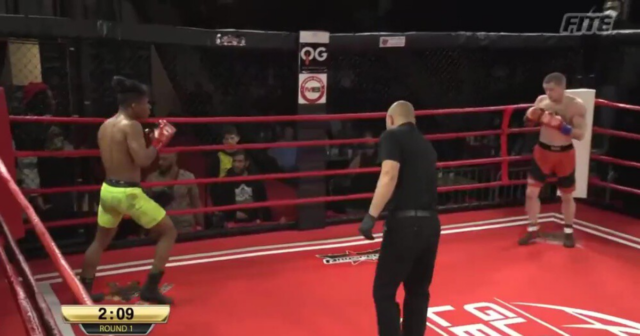 Alberto Blas – who also competes in mixed martial arts – appeared to forget he was taking part in a boxing match as he shot in for a takedown less than a minute into his clash with Timmy Mason last weekend.

Thought that was a well-executed double leg takedown that you see in #MMA, but he must have forgotten this was a #boxing match.

The Cuban executed a picture-perfect power double, beautifully dropping to his knees and slamming Mason to the canvas.

The referee and announcers were left absolutely stunned by Blas’ takedown – which Mason was powerless to stop.

Blas, 27, was quickly pushed off Mason so he couldn’t rain down any ground and pound.

Stunningly, the ref didn’t disqualify Blas for his blatant violation of the rules.

But just moments later, it soon became apparent Blas’ takedown wasn’t muscle memory kicking in as he took Mason down a second time.

The ref struggled to pull El Indio off his opponent the second time but promptly disqualified him from the match after separating the pair.

Two days after the shambles of a fight, Blas’ coach revealed he instructed him to take Mason down in retaliation to him being punched in the back of the head.

“Remembering the great, legendary boxer Prichard Colon, a hit to the back of the head is never to be taken lightly.

“It can cause severe permanent damage or even death.

“After flying across the country for this MMA event, we were notified the MORNING OF that our fighter’s opponent pulled out.

“As any fearless fighter would, @indioencuba stepped up within hours of the event to fight in a boxing match with an opponent over 20 LBS HEAVIER. 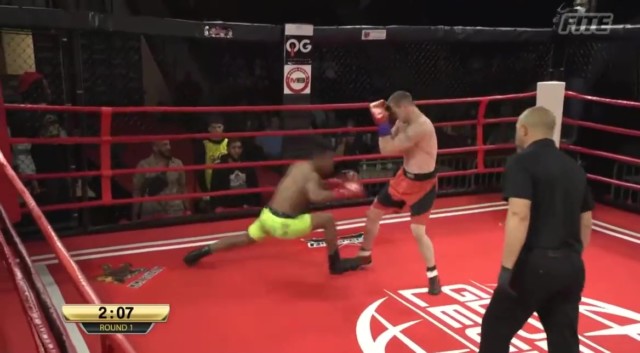 But Blas stunned viewers by shooting for a double-leg takedown 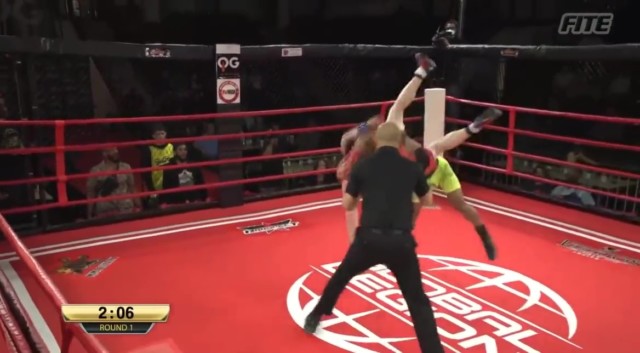 “Within minutes of the match, the opponent hit our fighter to the back of the head with NO remorse and NO repercussion.

“I knew this wasn’t a risk to take. I then instructed @indioencuba to double leg the opponent and remind him that if he wants to play DIRTY…. we can play DIRTIER.”

He added: “I almost asked for a head kick but we didn’t want to hurt the opponent.”

Shocked viewers of the fight were quick to comment, with one tweeting: “Beautiful double leg takedown, but why the f*** did he even do that for? Lol.”

Another said: “This is what we all wanted to see Conor McGregor do to Floyd Mayweather. What entertainment that would have been.”

One asked: “Why did the guys on the side clap even tho its wrong lmfaaooo?”

Did you miss our previous article…
https://www.sportingexcitement.com/boxing/he-can-tell-him-how-good-i-am-tyson-fury-drafts-in-anthony-joshuas-sparring-partner-martin-bakole-for-dillian-whyte/

In this article:fightfans, lastweekend, martialarts