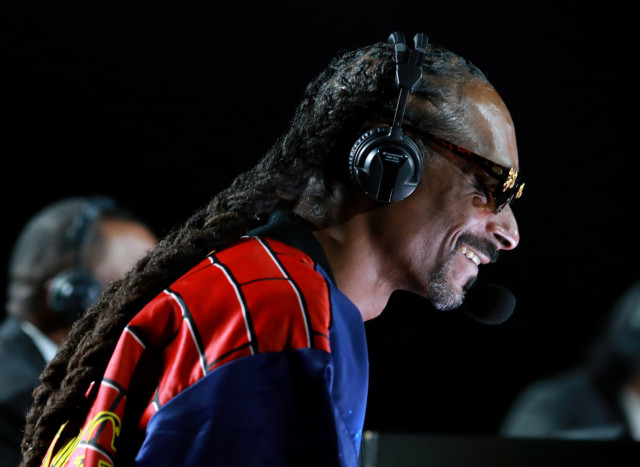 MOVE over David Haye, there’s a new co-commentator in town.

And his musings have gone down a treat with boxing fans – who are calling him the ‘best sports commentator of all time’.

Snoop, famous for hit ‘Drop It Like It’s Hot’, compared the action to a “hood fight” as the fight unfolded.

And the West Coast hip-hop star sprung into life as a vicious right hand from Paul forced Robinson to the floor.

As Robinson struggled to rise to his feet, Snoop then began to sing a hymn.

“Take my hand, lead me home, let me stand…” he warbled as Robinson tried to recover.

But sensing what was coming, as Paul came in for the kill, Snoop exclaimed: “Goodnight Irene”.

“OH LORD!’ he continued as a flurry of punches from the internet star saw Robinson face plant the canvas.

And Snoop was only just getting warmed up – later calling the Mike Tyson v Roy Jones Jr, “This is like two of my uncles fighting at the barbeque!”

Adding: “Grandma, they out there fighting again!”

Today i learned that Snoop Dogg is the best sports commentator of all time.

Are y’all listening to my man @SnoopDogg call this fight. I don’t know about the rest of y’all, but I’m loving this. Snoop’s the most entertaining part of this fight. He’s doing fantastic.

can we all agree that Snoop Dogg won tonight?

The MVP of tonight gotta be SNOOP DOGG #tysonvsjones pic.twitter.com/E0CnFlfDfw 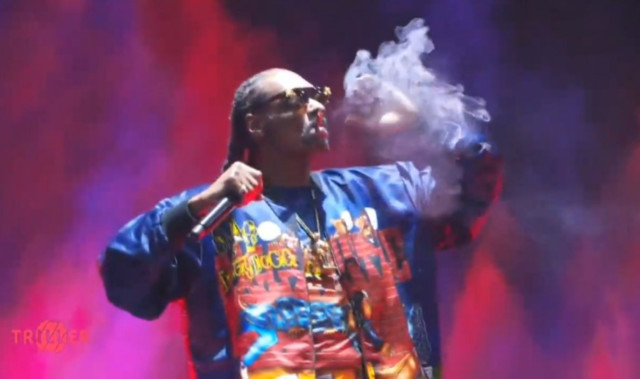 Before the boxing started Snoop Dogg performed while smoking a blunt

Before the fight began, Snoop treated PPV fans with a live concert – smoking a blunt as he performed.

But it was his skills as a commentator that really wowed fans.

“The MVP of tonight gotta be SNOOP DOGG,” Champagnepapi wrote on Twitter.

Stephen A Smith tweeted: Are y’all listening to my man @SnoopDogg call this fight. I don’t know about the rest of y’all, but I’m loving this. Snoop’s the most entertaining part of this fight. He’s doing fantastic.

While Osama Bin Guapo wrote: “Can we all agree that Snoop Dogg won tonight?”