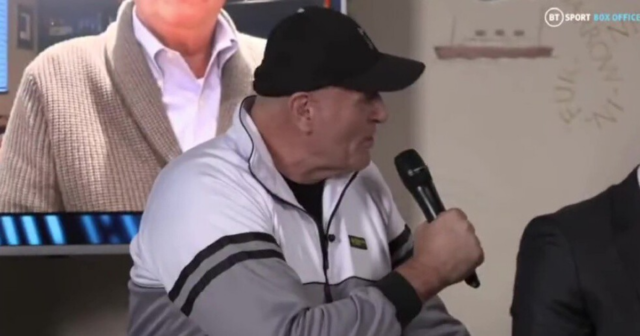 TOMMY FURY was left with his head in his hands after dad John made a vile sexual remark about Jake Paul’s girlfriend Julia Rose.

The two boxers took part in a press conference ahead of their December 2018 fight.

John Fury, father to Tyson and Tommy, made a vile sexual remark at the press conference
Tommy Fury appeared embarrassed by what his dad John had said 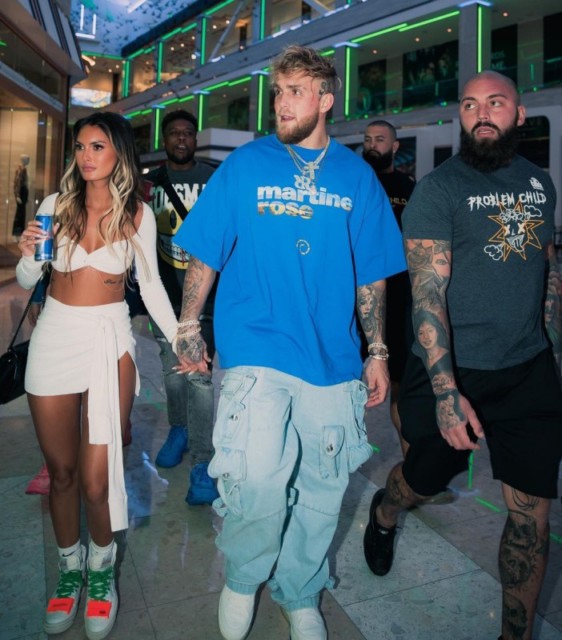 But it was over video, with Jake in the US and Tommy still training at home.

And during the trash-talking, Tommy’s dad John took centre stage – and took things too far.

He shockingly said: “You know when Tommy knocks you out he’s going to bend your girlfriend over and do her like a dog.”

There was shock all around, with promoter Frank Warren, also on video, left open-mouthed in disbelief.

Tommy had his head in his hands, while older brother and WBC king Tyson, who was also present, looking away.

John continued: “So I’m telling you straight, that’s where we are coming from. If you don’t like it, change the channel.”

The pair went Instagram official with their romance in February 2020.

The couple met on the set of his music video for These Days.

Julia is best known for being the ‘World Series Flasher’.

It was during Game 5 of the MLB World Series.

Julia said the flashing was part of a “planned publicity stunt” to promote her website Shagmag.

Jake, meanwhile, is close to settling his beef once and for all with former Love Islander Tommy at the Amalie Arena in Tampa seven days before Christmas.

The Youtuber has won all four of his pro fights, three by KO. Tommy is also undefeated with seven wins and four KOs.