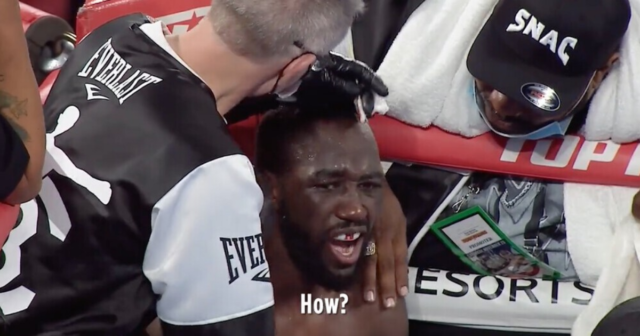 TERENCE CRAWFORD was left gobsmacked after he was told Shawn Porter was winning their welterweight showdown.

After @TerenceCrawford heard he could be down on the cards before R10, he did what Bud does best

But moments before he became the first man to stop Showtime, he was left dumbfounded by his corner’s assessment of the fight.

Coach Brian McIntyre told the southpaw: “Hey, this fight is close. Porter’s up. This is {round] ten.”

A perplexed Crawford replied by asking: “Okay. I’m up? He’s up?”

A fired-up McIntyre replied: “C’mon, Bud, pay attention to me. Round ten coming up. We got to double in like he was.”

Before rising to his feet, a shocked Crawford said: “They say he up, they say he up. Ten coming up?”

After being told ‘we got to go’, a laser-focused Crawford asked once more: “He’s up? Okay.”

A minute after hearing his coach’s impassioned plea to up the tempo, Crawford rocked the durable Porter with a beautiful counter right hand before putting him on the canvas with a left hook.

A furious Porter repeatedly smacked the canvas as the referee issued the count, which he beat.

But dotting dad Kenny had seen enough, opting to throw in the towel and save his son from taking any more punishment.

An elated Crawford burst into a primal scream as he celebrated the biggest victory of his career.

Crawford, 34, now has his sights on a long-awaited showdown with unified welterweight champion Errol Spence Jr, who had a front-row view for the fight.

In the post-fight press conference, he said: “He [Spence] was at my fight?” 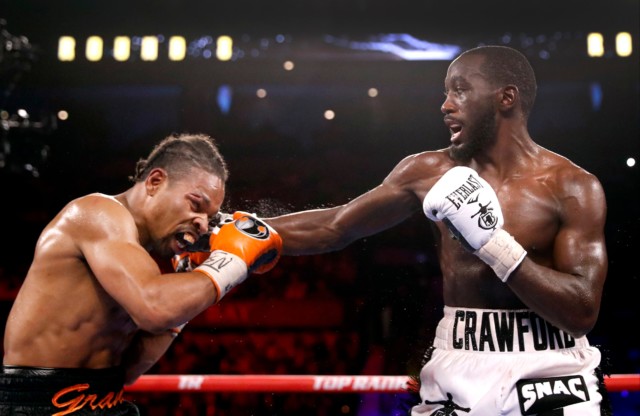 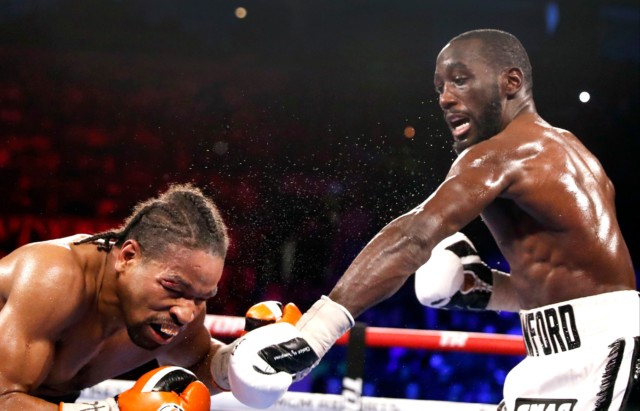 “You see what I did compared to what he did.”

He added: “Who’s number one in the welterweight division now?

“I’ve been calling him out all day. Maybe I’ll go up to 154. Maybe if Spence gets his tail out of his butt, he’ll fight me.”

Crawford will look to face Spence without the backing of former promoters Top Rank Boxing. 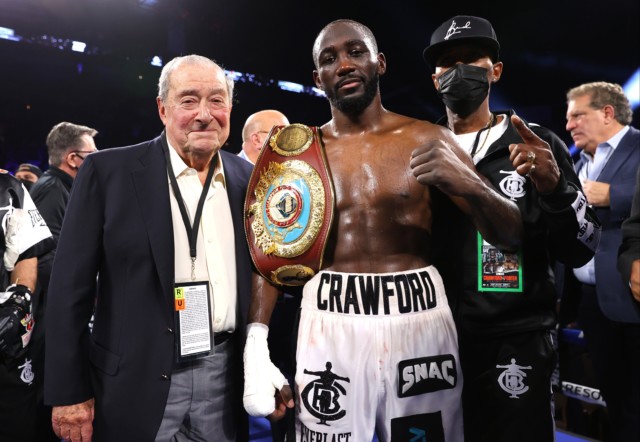 “Bob couldn’t secure me the Spence fight when I was with him.

“So how is he going to secure me the Spence fight when I’m not with him?

Advertisement. Scroll to continue reading.
In this article:shawnporter, terencecrawford, thefirst