LOGAN PAUL has announced his return to the boxing ring – and he’s eyeing a December dust-up.

The YouTube superstar hasn’t set foot inside the ring since his eight-rounder with boxing legend Floyd Mayweather last June. 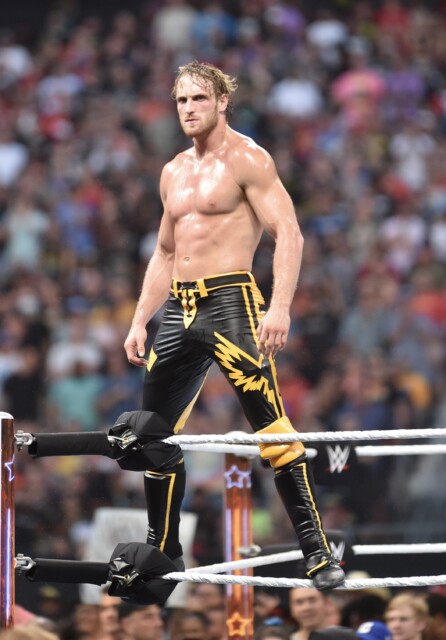 Paul was recently in action at WWE SummerSlam

But the 27-year-old is back in the gym and hoping to throw down before the end of the year.

During an appearance on The Pat McAfee Show, Paul said: “I’m a boxer again. We’re getting back in the ring.

An opponent for Paul’s comeback fight hasn’t been finalised, although he does have a couple of names in mind for his next opponent.

He said: “I have some people in mind, but I can’t say. You know you only get one first impression.

“That’s part of my ability to make moments. I like making first impressions big, so I want to wait until we’re ready.”

Paul has taken to the ring three times but has yet to have his hand raised.

The American fought fellow YouTuber KSI to a draw in a London grudge match four years ago.

The pair renewed their rivalry in Los Angeles in November 2019, although Paul found himself on the wrong end of a controversial split decision verdict.

Paul then took a huge jump in class last June by facing Mayweather in a Miami melee.

The YouTuber turned WWE star shocked the world by going the distance with the former five-weight world champion.

Paul has hit out at Mayweather numerous times since their fight, accusing the Hall-of-Famer of not fully paying his purse.

Paul was most recently in action at WWE Summerslam, where he defeated The Miz after landing a sensational frogsplash.