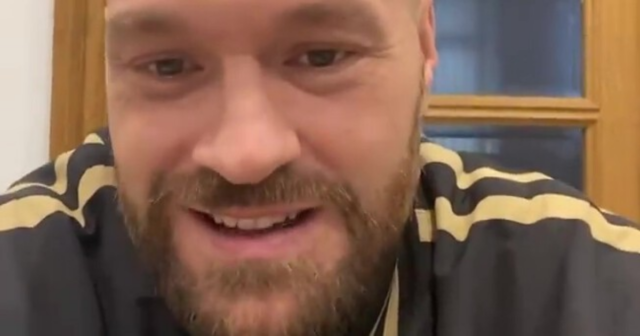 TYSON FURY labelled Dillian Whyte an idiot for delaying the signing of their £30million showdown and haggling over more funds.

The 34-year-old Body Snatcher is due for almost £6million, rising to £9m, if he wins the WBC heavyweight title in their April 23 battle.

But, as a bonafide pay-per-view attraction and the long-time mandatory challenger, he has been pushing for a larger slice of the record-breaking purse.

It meant 33-year-old Fury, promoter Frank Warren and their BT Sport broadcaster have been held up from being able to announce and start flogging the Wembley war.

And even though Whyte signed his side of the contract around 2am UK time on Tuesday morning, he is pushing for a cut of the incoming revenue to attend media events that help sell ringside tickets and PPVs

Fury took to Instagram to growl: “Oh my God, Dillian Whyte signed his contract for $8million [£6m], what a surprise, an absolute idiot.

“Should this even be a talking point?

“The man signed for the biggest pay day he’s ever going to get in his life.”

Whyte’s silence has allowed him to campaign against the WBC – that awarded him only 20 per cent of the mega-money pot – without risking repercussions from criticising them publicly.

It’s also been suggested that his refusal to comment on the fight or share anything on social media bar videos of his beloved pack of dogs, has been a wise way to wind-up Fury.

The Gypsy King is a mind games master who thrives on overwhelming his opponents online or on-mic, long before they even meet in the ring.

But he insists the usually outspoken Whyte’s curveball approach has not ruffled his feathers.

Rubbing his head, he sarcastically he seethed: “Oh my God, my head hurts from all the mind games that Dillian Whyte’s been playing on me.

“Oh my God, I’m so sore, I don’t know whether I’m coming or going. My training camp’s a mess. 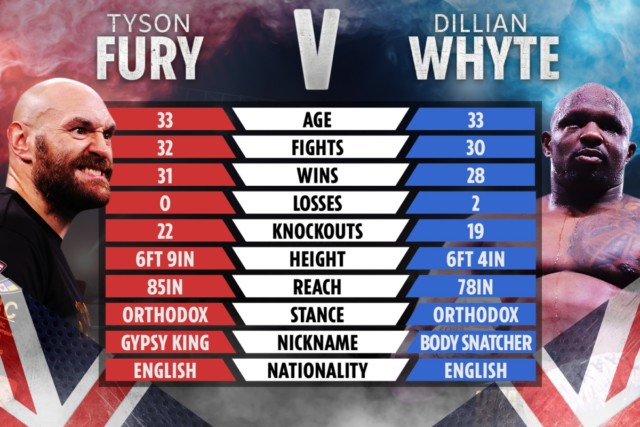 BT Sport hope to launch their media campaign this week but plans are in place to cope if Whyte refuses to show.