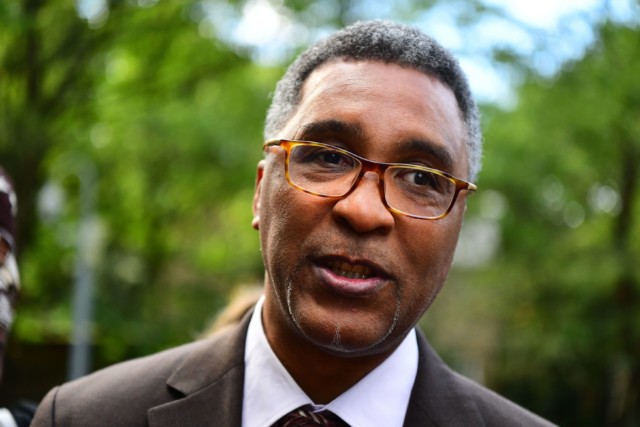 And this week, we will remember the 30th anniversary of Watson’s horrific injury suffered against Chris Eubank.

What happened to Michael Watson?

His career highlight was beating the legendary Nigel Benn for the British Commonwealth middleweight title.

He was then beaten by Jamaica’s Mike McCallum in a world title fight before being defeated by fellow Brit Chris Eubank in his second title shot.

Then in his rematch with Eubank, disaster struck.

In round eleven, Watson looked set to finally become a world champion as he led on points and then knocked Eubank down with an overhand right.

However Eubank then replied with a devastating uppercut which caused Watson to fall backwards and hit his head on the ropes.

The fight was stopped in round 12 after which Watson collapsed in the ring.

Incredibly there were no ambulances or paramedics at the event, meaning doctors wearing dinner jackets had to tend to Watson for eight minutes, during which he received no oxygen.

28 minutes passed before he was able to receive treatment in a hospital neurosurgical unit.

Watson would then spend 40 days in a coma and have to undergo six brain operations to remove a blood clot.

Once he regained consciousness, Watson spent over a year in intensive care and rehab and six years as a wheelchair user, needing to relearn how to speak and write.

After the fight, Watson would successfully sue the British Boxing Board of Control and earning £1m in damages.

This forced them to sell their £400,000 London headquarters to pay the compensation settlement.

Afterwards, the judge presiding over the case said this figure was “sadly a long way short of the damages that [Watson] would have received had the defendants had the money or had they been insured.”

What has happened to Michael Watson since?

In 2003, Watson completed the London Marathon by walking two hours every morning for six days.

Finishing the race beside him were Chris Eubank and the neurosurgeon who operated on him, both of whom had become close personal friends.

In 2004, Watson was awarded an OBE for services to disability sport and in 2012 he was a torchbearer for the London Paralympics.

In 2017, he was victim of a carjacking which saw his carer Lennard Ballack sprayed with ammonia and beaten.

Watson himself was dragged along the road when the car was driven off, unable to escape. As a result of the incident, he suffered flashbacks and seizures.

In 2021, Chris Eubank appeared on Piers Morgan’s Life Stories, with Watson in the audience.

During the interview, Eubank was asked about his memories of the Watson fight and broke down in tears. 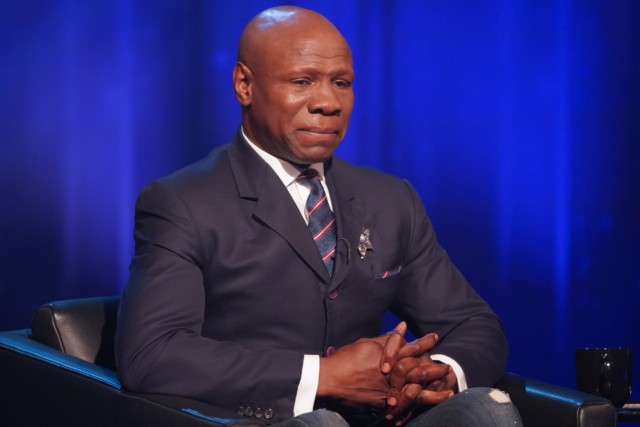 He said: “You know, I don’t, I don’t really know whether I can even still make sense of what happened.

In an effort to try to console his former opponent, Watson called out: “Let’s move on in life. Peace and love.”

“It’s all in the past, let’s move on in life Chris. We’re here together. Let’s live and love. I love you Chris. Let’s move on.

“We are born warriors, we are real. God bless you Chris.”