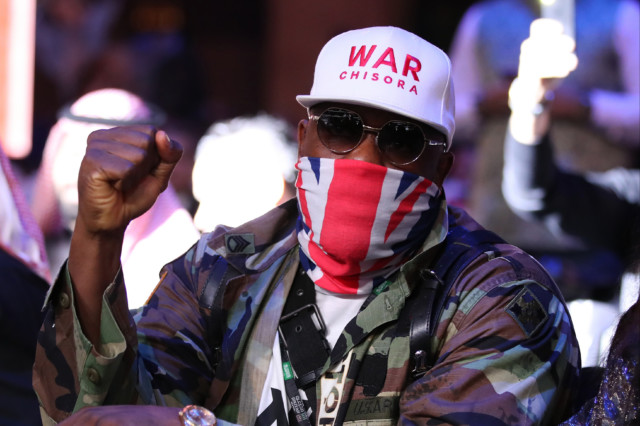 DEREK CHISORA is back as the heavyweight star takes on Joseph Parker in Manchester.

Del Boy was first set to face the Kiwi slugger back in 2019, but Parker was forced to pull out of the fight due to an infected spider bite.

Chisora returns to the ring on May 1 against Parker

Now they’re set to go to war on a packed Matchroom card, with Chisora hoping to get back to winning ways after defeat to Oleksandr Usyk.

What is Derek Chisora’s net worth?

Boxing is big business and Del Boy has certainly earned his money over the past few years.

The 37-year-old still harbours world title hopes and has fought 42 times as a professional, winning 32 of those bouts.

Never one to back down from a challenge, he’s faced – and beaten – some of the biggest names in boxing over the past decade.

Chisora has gone up against Tyson Fury, Dillian Whyte, Vitali Klitschko, Carlos Takam and David Haye since 2011 – and has earnt well in the process.

He told the Telegraph: “The pay cheques grow very fast.

“It keeps going up but sometimes there can be a title fight and there will be no money involved.

“I know guys that are fighting to defend their titles and they’re getting paid about £50,000.

“But you can make more money in the heavyweight game than you ever make in any other sport.”

Chisora is currently ranked as the eighth best heavyweight in the world and will hope to see off Parker when the pair clash at Manchester Arena.

His biggest fight purse so far in his career was against Usyk, where Del Boy pocketed a cool £4.4million. 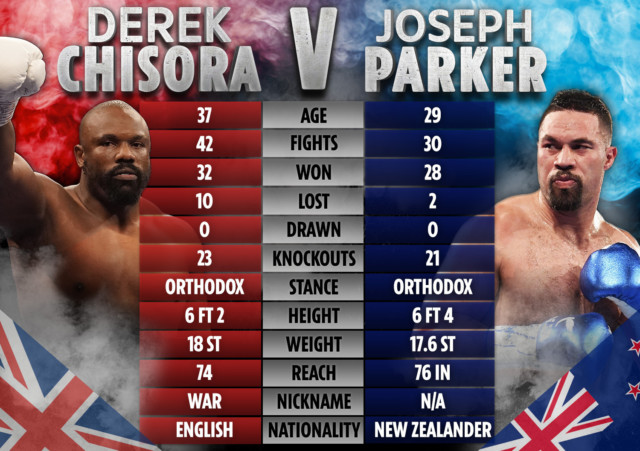 CHISORA VS PARKER: TV, live stream and start time info ahead of the big fight

How can I watch Chisora vs Parker?

Parker and Chisora go toe-to-toe on Saturday, May 1.

The event will be on Sky Sports Box Office.

This means customers will have to pay for the relevant TV channel (Sky channel 491) and Sky Sports Box Office HD (492).