What is Oleksandr Usyk’s weight?
Advertisement 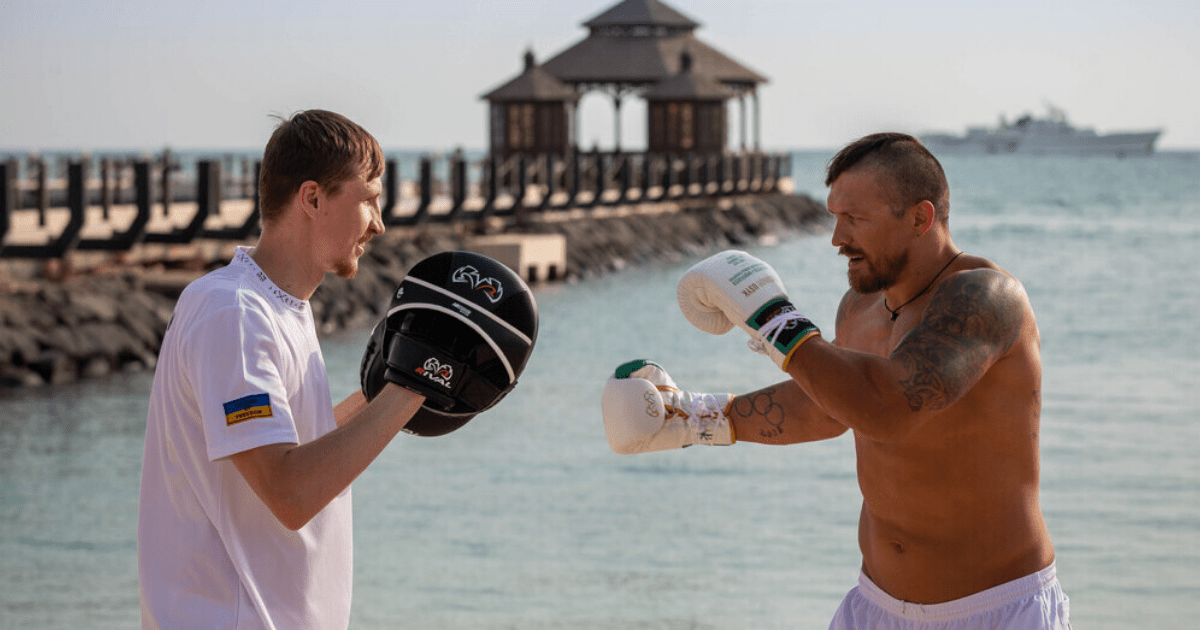 OLEKSANDR USYK’S highly anticipated heavyweight clash with Anthony Joshua is just days away – and he has gained a few pounds.

Videos have surfaced showing the unified world champion looking the biggest he has even been during his career.

Which led fans to thinking the same question of how much does Usyk weigh?

There have been a lot of conflicting reports on Oleksandr Usyk’s true weight going into this iconic clash in Saudi Arabia.

Reports suggest that the Ukrainian machine currently weighs at 100kg which converts into approximately 220 pounds.

However, British star Amir Khan claims that the southpaw boxer has put on a staggering 15kg since his previous encounter with Joshua.

Which would see Usyk’s weight shoot up to a total of 254lbs – a stone heavier than what AJ weighed in their first clash last September.

What did Amir Khan say about Oleksandr Usyk’s weight?

Amir Khan confirmed Usyk’s weight gain was true when quizzed about it by talkSPORT.

“I think I must have told that secret to someone and then that went into the media.

“He looked in great shape. He looked a lot bigger and lot thicker. Some people put on weight and they’re a bit soft still, he was solid. Honestly, he felt strong, and he put the weight on well.

“He says he’s put on 15 kilos of muscle since the last fight. Now is that going to slow him down? I don’t think so. I’ve seen him shadow boxing, seen him on the pads, he looked really quick, great footwork he has.”