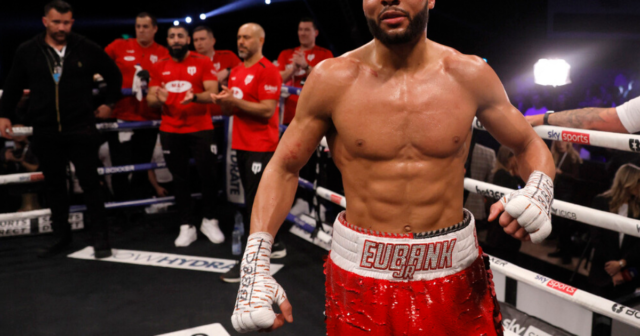 CHRIS EUBANK JR will have to cheer enemy Kell Brook on to beat Amir Khan if he wants the chance to punish him for stealing his dream fight.

In 2016 British ring legend father Chris Sr was in talks with promoter Eddie Hearn for his middleweight son to land a big-money UK fight against world champ Gennady Golovkin.

Talks broke down – with both sides offering up very different versions of events – allowing welterweight Brook to leap up and bank millions with a brave loss.

And 32-year-old Jr – who thoroughly outpointed Liam Williams on Saturday – has kept up the grudge, meaning Brook is high on his hit-list while he waits for his mandatory shot at the WBA title.

But that means he will need the 35-year-old Sheffield veteran – a close ally of his other nemesis Billy Joe Saunders – to triumph in his retirement battle with Khan, 35, on February 19.

“Me and Kell have never been cool,” Eubank Jr told SunSport when asked why that fight appeals. “He is the reason I never fought Golovkin and I have always held that against him. I don’t like the guy.

“On top of that he is best friends with my worst enemy in Billy Joe Saunders, so he is an enemy of mine.

“I actually just don’t like him as a person, the things he says and does and conducts himself as a person, he annoys me, he is annoying to listen to and be around.

“I would like to teach him a lesson for sure and, if that means hoping he wins his next fight, then so be it.”

Moments after the unanimous Cardiff win, welterweight Conor Benn, 25, teased a catchweight clash between the two and confirmed his genuine interest on Wednesday.

But – while Nigel’s 20-0 son fancies a bout at the 11st super-welter middleground – Eubank insists he will not risk his world title bid by boiling down below his regular 11st 6lbs limit and Benn would have to leap up a stone.

The former super-middleweight said: “I will never turn down a fight but I would never cut down to a crazy weight, he would have to come up, absolutely.

“I have served my time in the game, he hasn’t, so it would have to be all on my terms.

“Going down is just not something I need to do at this stage of my career, there are too many good fights at middleweight for me.”

Saunders, who beat Eubank on points in 2014, also reacted to his old rival’s weekend win by demanding £5million to come back from his May Canelo loss for a bitter grudge rematch.

The Brighton ace could have dismissed the trash-talking 32-year-old’s comeback offer but he reckons it’s a fair price as long as he banks even more.

“I am the A-side so, whatever he gets, I will be getting more,” Eubank Jr said.

“But it is a pay-per-view fight, a Wembley stadium fight, so £5m for him is a realistic number because of how much money it would generate.”

It turns out being British boxing’s most hated man is a very lucrative business that Eubank Jr is happy to cash-in on.

“The amazing thing about the position I am in is that there are lots of great fights that are not even world title fights,” he said.

“So we are going to get lots of sexy fights very soon, for sure.” 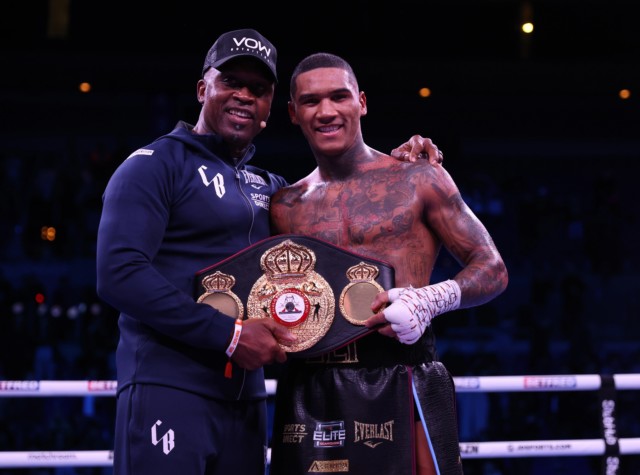 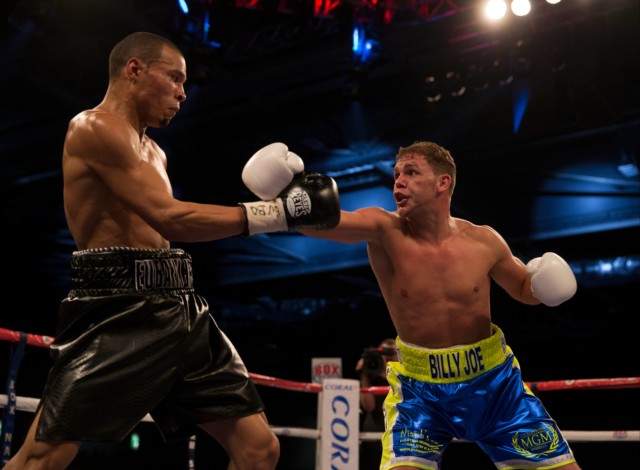 Chris Eubank Jr was beaten by Billy Joe Saunders in 2014
In this article:amirkhan, Brighton, eubankjr, thechance