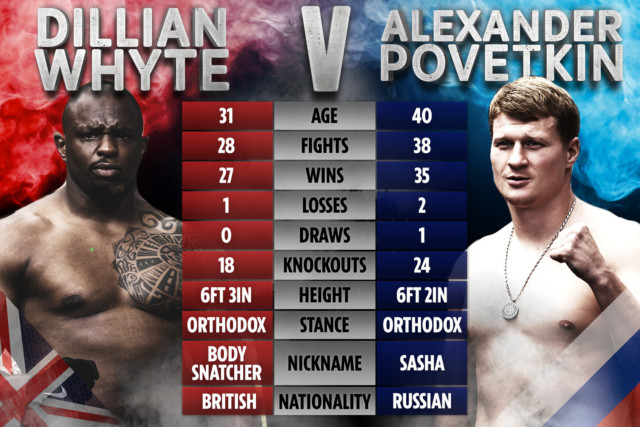 ELITE boxing is back with a bang tonight as heavyweight pair Dillian Whyte and Alexander Povetkin battle it out.

Due to be held at the new Matchroom Mansion, victory for The Body Snatcher would be a huge step in his quest for another shot at the world title.

The bout was originally scheduled for May 2 but has been rescheduled twice due to the coronavirus pandemic.

Whyte and Povetkin will be fighting for the WBC interim heavyweight title, which will set up the winner for another major fight going forward. 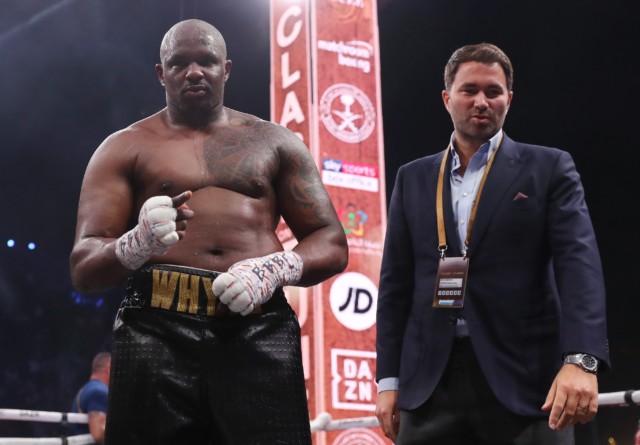 What time does Whyte vs Povetkin start?

What TV channel is Whyte vs Povetkin on?

Where can I watch the live stream? 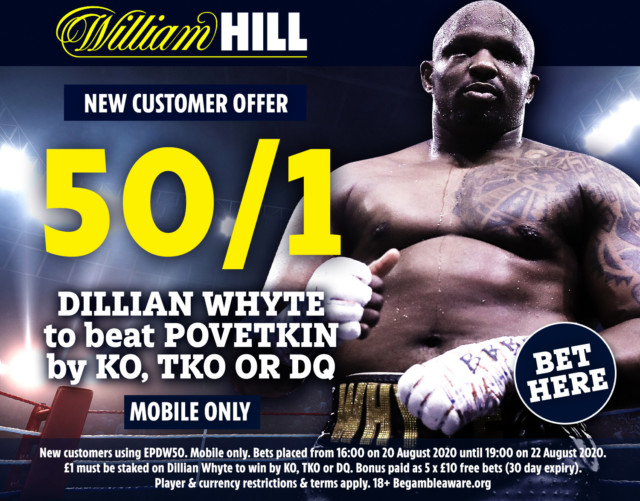