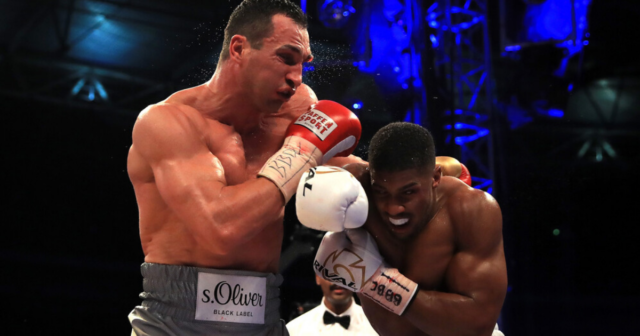 WLADIMIR KLITSCHKO was KO’d by Anthony Joshua four years ago because brother Vitali allowed “emotion” to rule his head.

That’s according to lead trainer Johnathon Banks, who was in the Ukrainian’s corner that night.

Back in 2017 AJ became unified heavyweight champ with a stunning 11th-round KO of Wladimir in front of 90,000 fans at Wembley.

But the Brit came close to being sensationally stopped himself, only the bell saving him after being floored in the sixth round.

After the fight Vitali, who is now a politician in his native Kiev, took the blame for telling his boxing brother to be cautious despite almost getting his opponent out of there.

The former heavyweight champ said afterwards: “When Wladimir almost knocked Joshua out, I gave him the wrong advice.

“I was positive that Joshua, with his huge muscle mass, would not be able to last [the distance].

“I advised Wladimir not to rush anything. I had hoped that after the seventh, the eighth round… Joshua would really slow down.

But speaking to Sky Sports, Banks does not blame Vitali as he believes brotherly love can sometimes prove too strong.

The 38-year-old said: “I understood Vitali say that in Russian. I jumped up! The security guards told me to sit down but I was shouting: ‘Finish him, finish him!’

“I knew Vitali’s voice would reign supreme over mine. I tried my best to override.

“I’ve got brothers too and we’re very close. If someone questions my brother, my initial thought is to defend my brother. I accept it and we move on.

“You’ve got to understand that to Vitali, it wasn’t a mistake. His job is to protect his little brother. His emotion clouded the business.”

There were talks of a rematch, but Wladimir opted agaisnt Part II and retired from boxing.

Joshua of course went on to pick up another world title belt when he outpointed Joseph Parker, before shockingly losing them all to Andy Ruiz Jr.

He did easily outpoint the Mexican in a rematch six months later. 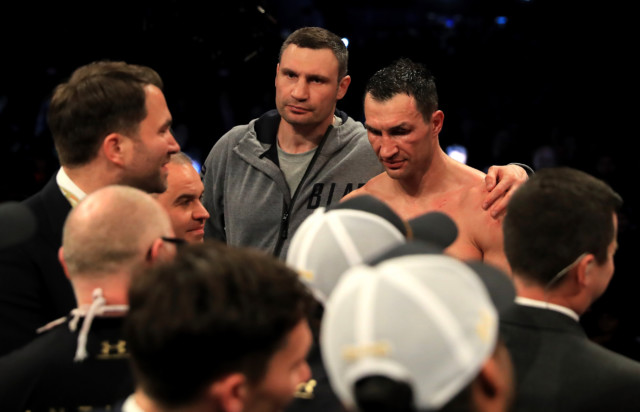 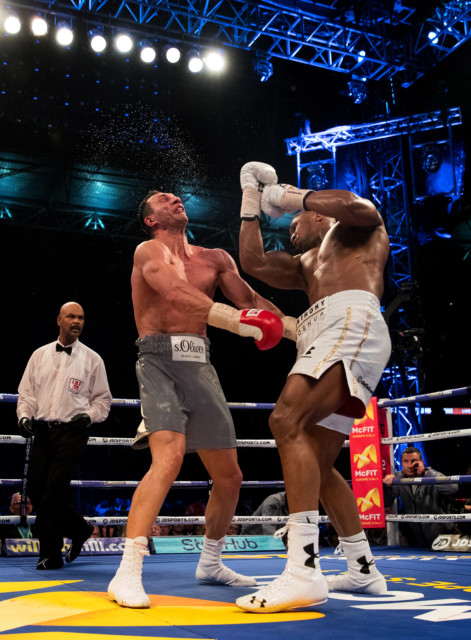 AJ delivered this crushing uppercut on the way to an 11th-round stoppage win
Advertisement. Scroll to continue reading.
In this article:anthonyjoshua, fouryears, wladimirklitschko