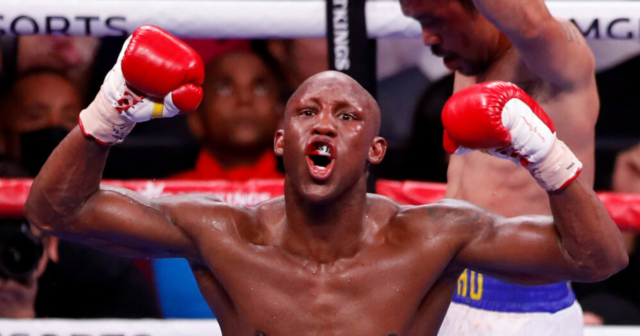 YORDENIS UGAS revealed he was ‘perfectly fine’ against Manny Pacquiao after fans feared he fought with an injured left arm.

But beforehand, conspiracies spread online that Ugas had suffered an injury after his left bicep appeared to be swollen.

Ironically, it was his left hand which helped him box to victory on the scorecards thanks to an expert jab.

And at the post-fight press conference, Ugas slammed any concerns that he compromised physically heading into the fight.

His translator said: “That’s boxing you’ve got a lot of trash guys like Rick Glaser, who make comments and make rumours.

“That’s boxing and he was perfectly fine and if his left hand was so bad why did he neutralise him with his left hand?

“That’s what won the fight, the left hand.”

Pacquiao, 42, was returning for the first time in over two years, having last beat Keith Thurman, 32, in July 2019.

But he refused to confirm whether it would be his final fight, in a hint retirement could follow.

Pacquiao admitted: “I don’t know. Let me rest first and relax and make a decision if I continue to fight or not.”

Nonetheless, classy Ugas – who stepped in on two week’s notice for the injured Errol Spence Jr – offered PacMan a second crack at his WBA belt. 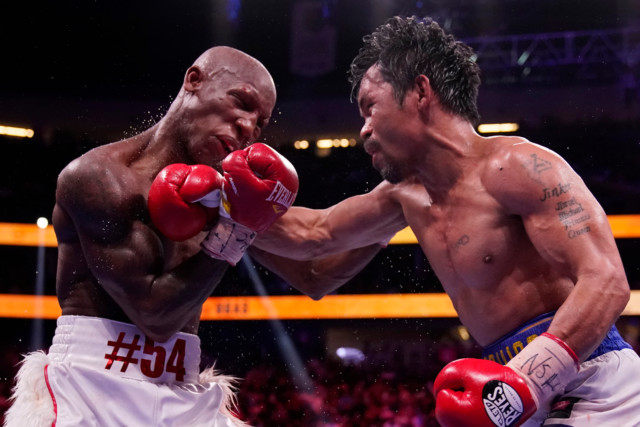