‘You are a flop, kid, a nobody’ – Conor McGregor blasts Jake Paul as YouTuber once again calls for boxing scrap
Advertisement 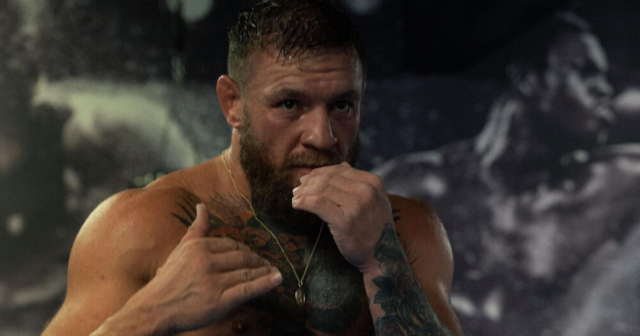 CONOR McGREGOR has branded Jake Paul as a “flop” and a “nobody” after he was once again called out for a boxing bout.

YouTuber-turned-boxer Paul has made no secret of his desire to pit his wits against the UFC legend inside the squared circle.

Speaking in May, the Problem Child vowed to knock out the Irishman in either a boxing or MMA scrap after lauding his punching power.

He then criticised McGregor’s boxing skills as “embarrassing” last month, leading the Notorious to brand the 25-year-old as a “jackass”.

And Paul is continuing to seek a fight against the Dublin native where he stated that a potential dust-up could see them rake in up to $100million {£84.3m].

The ex-Disney actor, who faces Hasim Rahman Jr on August 6, talked up a clash against McGregor in an interview with the MMA Hour.

Discussing a potential fight with McGregor, Paul said his rival must get active again with the 33-year-old still recovering from a broken leg he suffered against Dustin Poirier last year.

He told Ariel Helwani: “I think for me, fighting a couple more times, continuing to knock some people out, and he has to get active again, who knows when that’s gonna happen?

“I think those two things need to happen, and then at some point, it’s gotta happen.

McGregor was quick to reply to the interview as he took to social media to criticise Paul.

In a follow-up tweet, he remarked: “You are a flop, kid. A nobody.”

Paul is yet to respond to McGregor’s messages.