‘You know I’m a fat boy!’ – What Tyson Fury told Dillian Whyte after towering over opponent in title fight weigh in
Advertisement 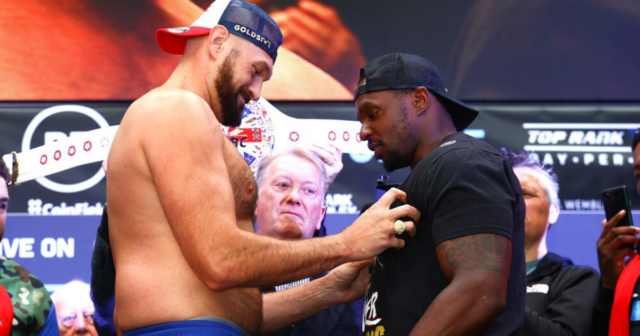 TYSON FURY and Dillian Whyte snubbed fighting talk and chose to have a chuckle at their own expense for their final face off.

After the pair weighed in, they came nose to nose for the last time until they share the ring on Saturday, in front of over 90,000.

Tyson Fury and Dillian Whyte face-off during the weigh in

'We are both fat boys bruv"

Fury, who stands 6ft 9in, went on his toes to tower over 6ft 4in WBC world title challenger Whyte.

They then began to touch each others pecks and debate who looked the better – or worse. 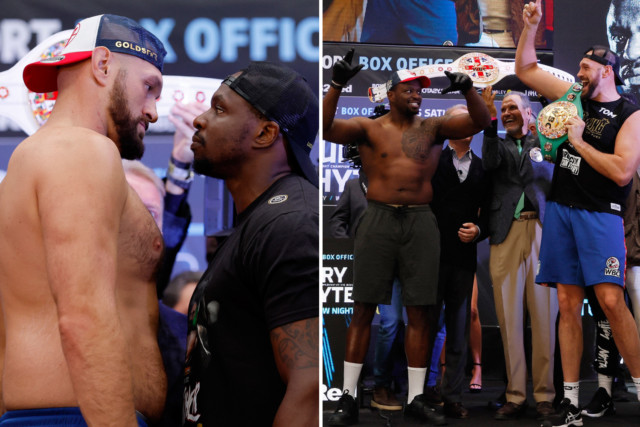 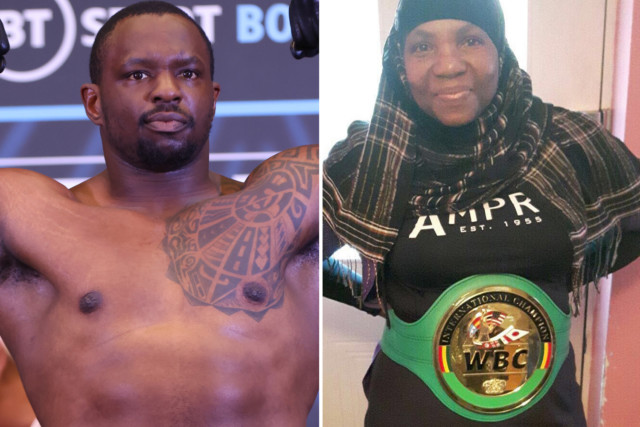 Fury hit the scales at 18st 12lbs, a stone lighter than his last fight against Deontay Wilder, 36, in October.

Fury has not included a rematch clause in the contract – but will be offered a second fight if needed.

Whyte said: “There’s no rematch clause when you’re the mandatory challenger, but if I win on Saturday and it’s a good fight, I’ll fight him again.

“I’m not someone to run away from fights, I want to fight the best fights.

“I don’t care what people think or care about me, I just want the best fights and give the fans the best. That’s what I want to do.

“I don’t want to fight someone nobody cares about and then go ‘I made this number of defences of the title’.

“So why would I not want to fight the best fighter of all time again? For me, that’s amazing. Imagine that. I’m easy if I beat the best of all time.” 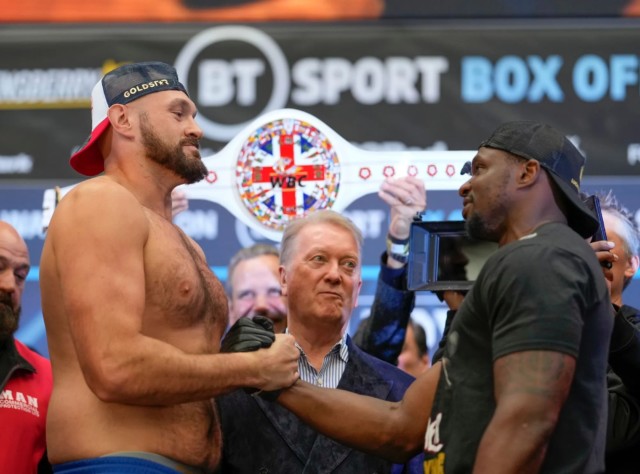 Tyson Fury and Dillian Whyte ahead of their fight
In this article:dillianwhyte, thelast, tysonfury