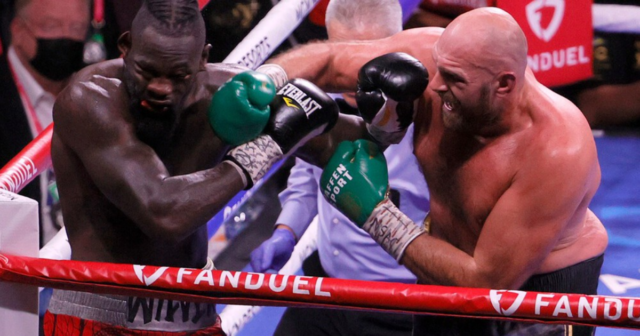 DAVID HAYE would struggle to beat Tyson Fury even if he had 25 arms – one of his managers has claimed.

In a stinging attack on the former world champion, Spencer Brown labelled Haye a ‘disgrace’.

Brown – who is part of Team Fury and partied with Tyson after the weekend’s fight – hit out after Haye backed Wilder to beat Fury in their Las Vegas showdown.

In a message posted to Facebook he said: “David Haye – you are a disgrace backing Wilder like that.

“You’d need 25 arms to beat Tyson and even then you still wouldn’t. You are embarrassing, mate so keep your mouth shut.”

Brown went on to further goad Haye by pointing out Tony Bellew had “given it to him twice” adding: “I’ve got a couple of white collar boxing events coming up Dave, maybe you could take part in them?.”

Brown also used his video message to reveal the turmoil Fury went through in the run up to the fight.

“Tyson went through hell with the birth of his sixth child. I witnessed it all. It was awful. But he still came through.” 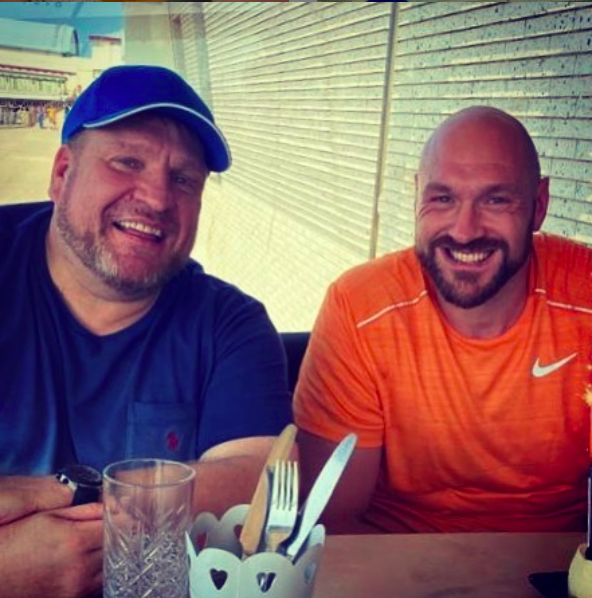 Ahead of last weekend’s fight Fury said he’d even be willing to help train AJ for his comeback.

Brown’s comments come a day after Dillian Whyte told Tyson Fury “let’s get it on” for a major fight night in Britain.

Whyte will be in line for a crack at Fury’s WBC belt if he retains his interim title against Otto Wallin on October 30 at The O2 – and he says it would be a huge event for the UK.

Whyte said: “Tyson Fury has been mandated to fight me twice and didn’t, so now hopefully the WBC will force the position.

Deontay Wilder, who faces a long spell out after breaking a bone in his hand in the Fury clash, may be forced to quit.

“He took a lot of punishment and it could have finished his career potentially,” Whyte told Sky Sports.

“Last time [former trainer] Mark Breland stopped it, which saved his career. This time he took way too much punishment.”

However last night Wilder’s current trainer Malik Scott said he has no intention of walking away. “We have big plans going forward,” said Scott.