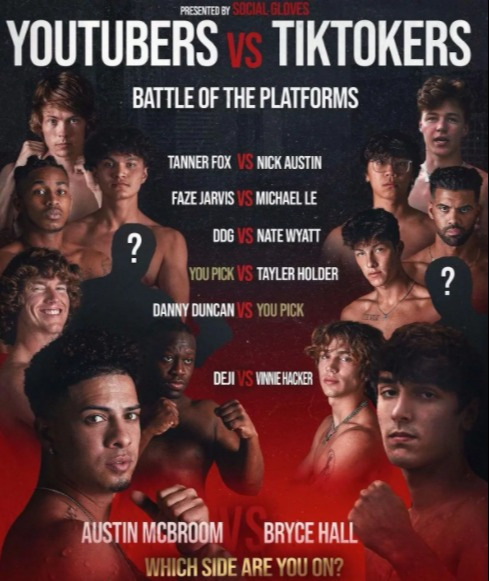 Stars of YouTube and TikTokers do battle on Saturday, June 12 at the Hard Rock Stadium in Miami.