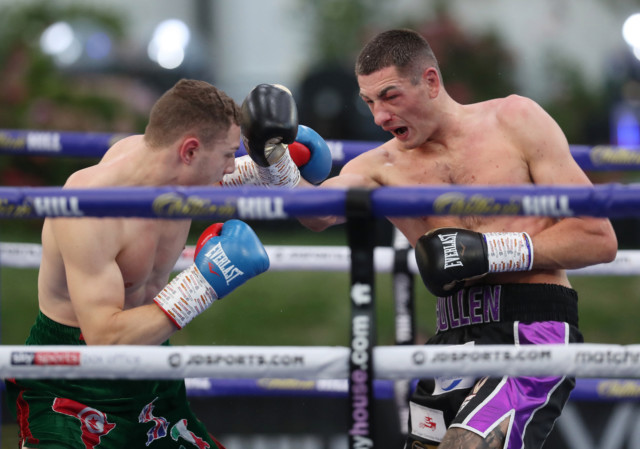 ZAK CHELLI almost whacked his promising career back on track after being handed a cruel draw with granite-chinned Jack Cullen.

The Dillian Whyte vs Alexander Povetkin show got off to an almost-perfect start when the two English super-middleweights slugged it out for 10 rollercoaster rounds.

Cullen made the brighter star but relentless Chelli bullied and bludgeoned his way back into the contest and should have earned a comeback win before two judges made surprising calls.

Mark Lyson’s tally of 97-93 to Chelli looked fair and should have set the tone. But Ian John Lewis called it a draw and Victor Loughlin somehow had Cullen winning 96-95.

Cullen, a giant 6dt 3in super-middle, tried to make the better start  pinging double jabs at his rival.

But Chelli was happy to swallow a few long left hands as it gave the signal to hurl howitzer rights over the top that warned Cullen back early on.

Cullen – affectionately known as Little Lever’s Meat Cleaver – was busier again in the second, bouncing his towering frame on his toes and poking out his long jab, while Fulham’s Chelli, 22, remained flat and utterly focused on ending the fight with one savage loop of his right hand.

And, by the end of the third, Chelli’s left eye was a horrible purple bulge and Cullen’s nose was bleeding.

Chelli improved drastically in the fourth, finally using his jab and thudding Cullen to the body a couple of times. 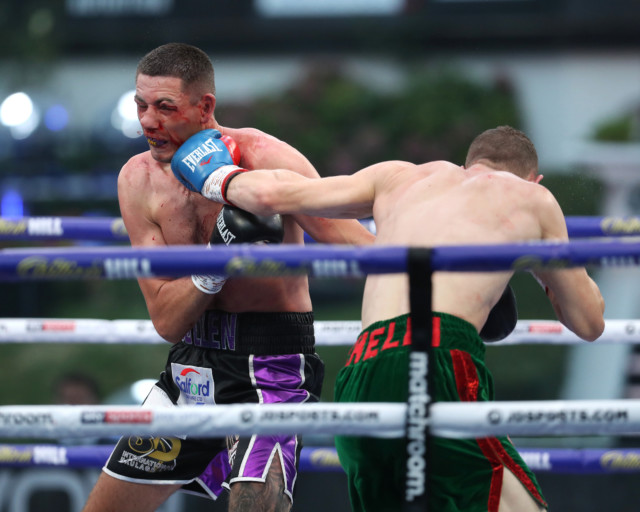 Cullen boxed his way back into the contest in the sixth but muscle-bound Chelli always looked on the cusp of landing a bout-ending assault .

Cullen’s corner told him the seventh was the perfect round for him to take over but the deep cut on the corner of his left eye was making his mission incredibly difficult.

And a lead left hook and right hand combination looked straight out of The Cobra’s old playbook as Cullen’s grip on the fight vanished with time.

Round nine was a brilliant session with Cullen showing an iron will by staying upright after another Chelli peppering.

The soundtrack to the 10th was sickening, Cullen’s skull and torso were pounded with shots sending the noise of leather on flesh reverberating over the lawn.

The final bell ended a sensational start to the final show of Hearn’s summer fight festival at the perfect time, as neither warrior deserved to be carried out of his beautiful battle.

But Chelli deserved more, after losing last time out up at light-heavy, and will be more hurt by the scores.