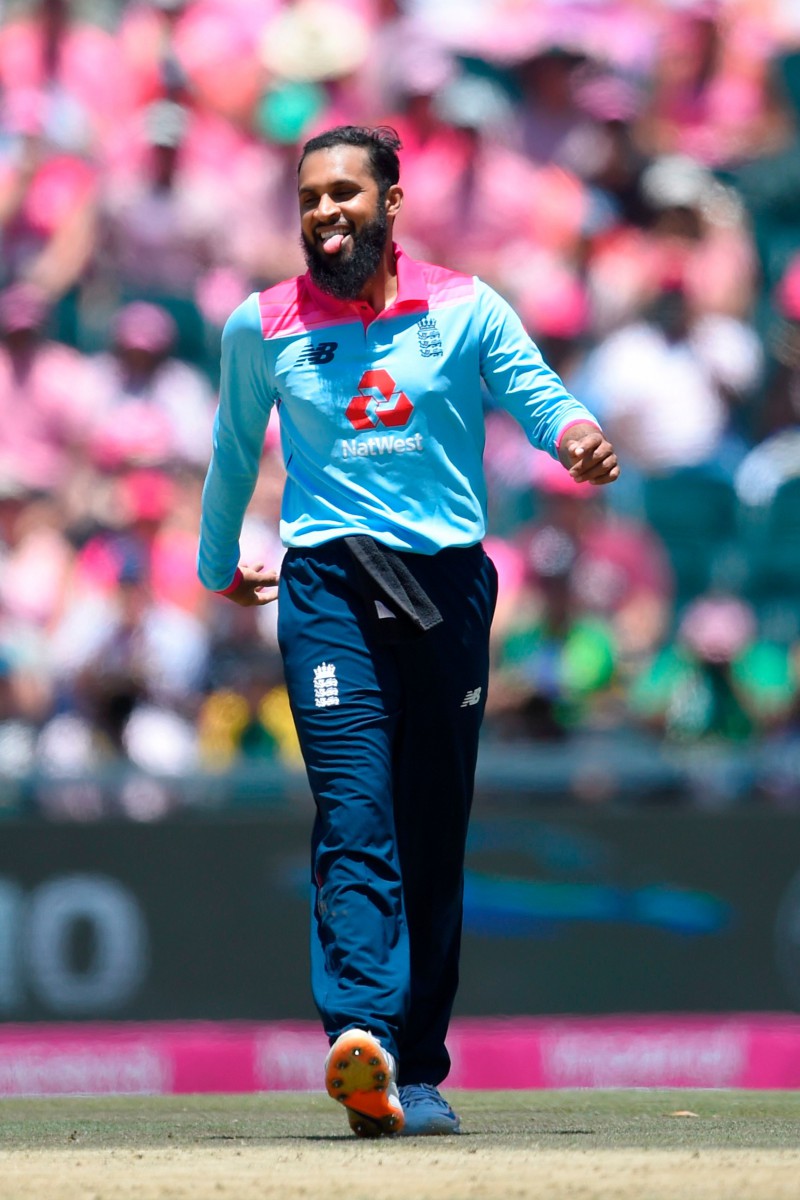 ADIL RASHID came in from the cold and twirled his way to three wickets as England maintained their proud unbeaten record.

After sitting on the bench for the first two matches, Rashid was summoned to play in the series decider against South Africa.

The Yorkshire leggie, in his 100th one-dayer, produced ten high-quality overs in which he teased and tormented the Proteas batsmen. At times, they might as well have been blindfolded as they tried to read his variations.

What a change from the previous few months in which his bowling has been badly harmed by a chronic shoulder problem.

Rashid removed star opener and captain Quinton de Kock, Temba Bavuma and Andile Phehlukwayo. And he would have also dismissed Rassie van der Dussen but for a muddle over the review system.

Rashid moved ahead of Sir Ian Botham to fifth on the all-time list of England one-day wicket-takers with 146 and now sits behind only James Anderson, Darren Gough, Stuart Broad and Andrew Flintoff.

Rashid was chiefly responsible for England restricting South Africa to 256-7 in 50 overs and Eoin Morgan’s team knocked off the runs with two wickets in hand.

Jonny Bairstow, Joe Root, Joe Denly and Tom Banton all made 32 or more but a late collapse in which England descended from 232-4 to 252-8 caused some sweaty palms.

The series was drawn 1-1 with one washout and England still haven’t lost any of their last 12 bilateral 50-over series dating back to 2017.

Rashid was fundamental to England’s rise to No.1 in the rankings leading into last year’s World Cup triumph. Now, after two solid months of rehab, he looked back to his old self as he fizzed down leg-breaks and googlies on a pitch not offering much turn.

Rashid came in for Matt Parkinson with captain Morgan insisting it was to give him some match practice before the three T20 matches. But there was no doubt the switch improved Englands team.

England have considered choosing Rashid for the two-Test tour to Sri Lanka next month but he has ruled himself out, saying he needs to bowl plenty of overs in county cricket before he can consider a Test comeback.

Rashid said: It feels really good to be playing with the boys again and with the shoulder so much better.

Five or six months ago and even in the T20 matches in New Zealand in November, I wondered if I would ever get the snap back in my bowling.

But Ive been in the gym for two solid months, doing rehab and following a strengthening programme for the shoulder.

About a month into that, I really felt an improvement so, when I get home from South Africa, Ill carry on with the rehab.

England chose to bowl and Lancashire seamer Saqib Mahmood made his debut. He trimmed opener Reeza Hendricks off bail with a beauty but it was Rashid who made the significant inroads.

De Kock scored 69 and there was a late flourish from David Miller, whose 69 not out included four sixes. JJ Smuts was run out for 31 by Banton, who made a fine diving stop at mid-wicket and then threw to Bairstow.

Bairstow cut the target down to size with 43 from 23 deliveries and playing as though he had a point to prove. He was caught at mid-wicket, Jason Roy top-edged a pull and Morgan was caught and bowled from a ball that bounced more than he expected.

Root and Denly took the score to 162-3 before Root was caught at leg slip off left-arm wrist-spinner Tabraiz Shamsi.

Denly started hoisting sixes over mid-wicket but was then held at deep cover. A clatter of wickets followed but Moeen Ali nudged England over the line.