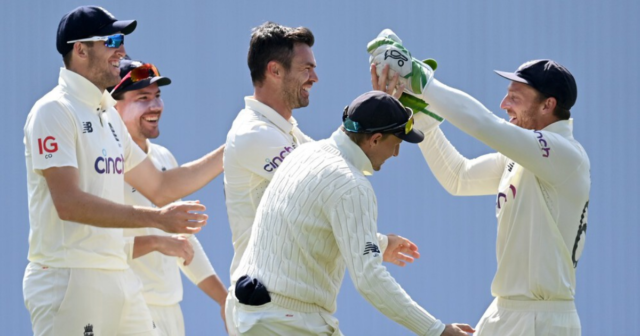 JOE ROOT will take England’s strongest-available squad to Australia after every fit player said ‘yes’ to the tour.

The 17-man squad announced on Sunday includes vice-captain Jos Buttler, who was reluctant to commit until receiving assurances about quarantine rules and family arrangements.

England will take a full-strength squad to Australia

Ben Stokes, taking an indefinite break from cricket to prioritise his mental health and recover from a second operation on his left index finger, will not feature.

And Surrey all-rounder Sam Curran has also been ruled out after being diagnosed with a stress fracture of the back.

After weeks of discussion and uncertainty, head coach and selector Chris Silverwood can’t wait to get going.

Silverwood said: “A tour of Australia is the pinnacle as an England Test cricketer. I am delighted that all of our available players have committed to the tour. We are looking forward to touring and enjoying the experience of this historic series.

“This is why we play and coach – to be involved in iconic series like this. More than half of our squad haven’t featured in an Ashes tour before, which means we will be fresh and looking to embrace the cricket and the excitement of touring one of the best places in the world.

“I believe we have selected a well-balanced squad with options in all areas and a blend of youth and experience.

“There is real competition for places and a genuine desire to work hard and compete, aiming to create some history.

“We’re under no illusions about how difficult the task is going to be. Australia have been strong at home in the past, and there is an expectation on them to win this series.

“However, from our point of view, there is genuine excitement and belief that we can do something special.

“Both teams are in similar positions in the Test world rankings. For that reason, it should be a compelling series. We can enjoy the build-up to the tour, get out there, and prepare well ahead of the First Test in Brisbane.”

Dom Sibley is the big casualty of England’s struggles with the bat this year. He is omitted but the likes of Rory Burns, Haseeb Hameed, Zak Crawley, Ollie Pope and Dan Lawrence will all be on the plane.

Stuart Broad, chosen for his fourth Ashes tour, is making excellent progress from the torn right calf he sustained during the summer Test series against India.

He is scheduled to return to bowling next week at the ECB Performance Centre in Loughborough, where the Ashes and Lions squads will prepare for the Australia tour.

The Lions squad for their trip to Australia will be announced later in the week and the squads will combine for two warm-up matches before the First Test.

Technically, the tour remains dependent on issues regarding quarantine and travel exemptions to be finalised. The players not involved in the Twenty20 World Cup in the UAE are due to leave on November 4.

But an ECB spokesman insisted: “Positive ongoing discussions continue and it is hoped matters will be resolved in due course.”