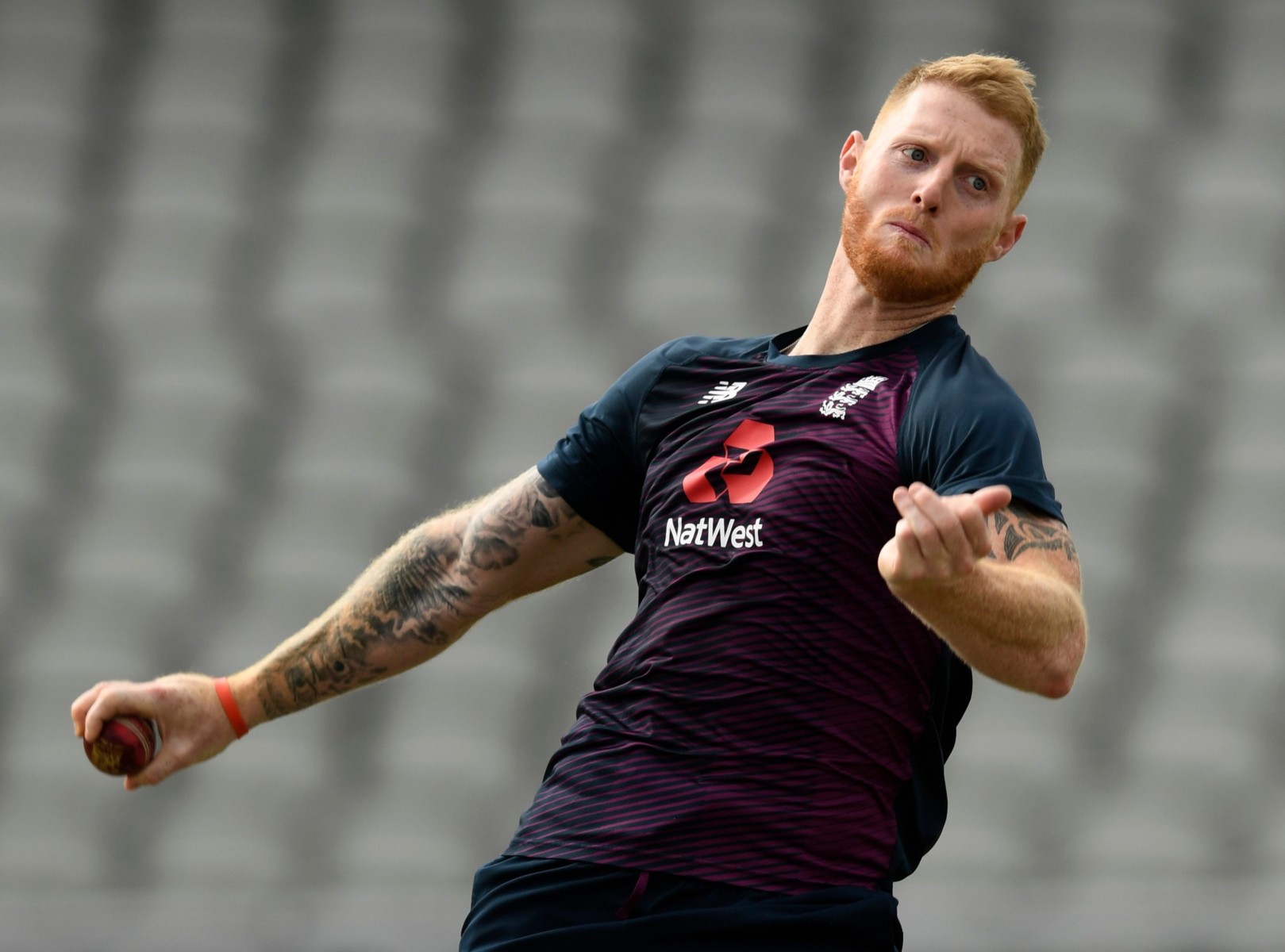 BEN STOKES hit back at Mitchell Johnson for ridiculing England’s decision to ban handshakes and bringing up his Bristol street fight.

Superstar all-rounder Stokes tweeted his version of an old Barmy Army song that former Aussie speedster Johnson admits used to get inside his head.

Bowl’s to the left bowls to the right I wonder if big bad Mitch likes Marmite https://t.co/6HkfJyPlo3

The curious exchange came after captain Joe Root revealed on Monday that England’s players have been told not to shake hands on their two-Test tour of Sri Lanka because of the coronavirus crisis.

Instead, players are encouraged to pump fists or tap elbows. Team medics have also issued hygiene packs including hand sanitisers and antiseptic wipes.

But this was all too much for Johnson, who wrote on an Instagram story: “Is this a p*** take? You can jam your fist pump England hahahaha just be careful though, Stokesy might react with a sucker punch.”

The sucker punch mention appeared to recall the incident in 2017 when Stokes was arrested outside a bar at 2.30am. He was later cleared of affray but fined £30,000 by the ECB.

Stokes responded on Twitter: “Bowls to the left bowls to the right I wonder if big bad Mitch likes Marmite.”

That referred to the ditty from the terraces that went: “He bowls to the left, he bowls to the right, that Mitchell Johnson, his bowling is sh*t.”

Although he might not win many awards for song lyrics, Stokes seemed irritated that Johnson had mentioned an episode in his life he wants to put behind him.

Perhaps Johnson also forget that batsman David Warner once took a swing at Root in a Birmingham bar.

Stokes sent the tweet within hours of arriving in Sri Lanka on Thursday – three days after his team-mates because he attended a funeral.

Johnson has in the past revealed how the Barmy Army chorus played with his mind during England’s Ashes triumphs of 2009 and 2010-11, when his bowling was wayward.

By 2013-14, when the Aussies won 5-0 and Johnson took 37 wickets, he was fast and accurate and Stokes’ maiden Test century in Perth was a rare bright moment for England in that series.

Eleven England players fell ill during the recent tour of South Africa and spinner Jack Leach is especially vulnerable to infection because he has Crohn’s Disease, which weakens the immune system.

Mahmood was summoned as a replacement after Wood pulled out with a side strain. Archer was ruled out with an elbow injury four weeks ago.

Mahmood said: “I think those two guys have really raised the bar in terms of pace. A few years ago, you’d read the reports about England crying out for 90mph bowlers. Now we’ve got two who can get it up past 95mph.

“For someone like me who touches 90mph, it’s almost like that’s not quick enough anymore! But these guys make me hungrier to keep working hard and get quicker.”

England begin the first of two practice matches on Saturday with the First Test on March 19.