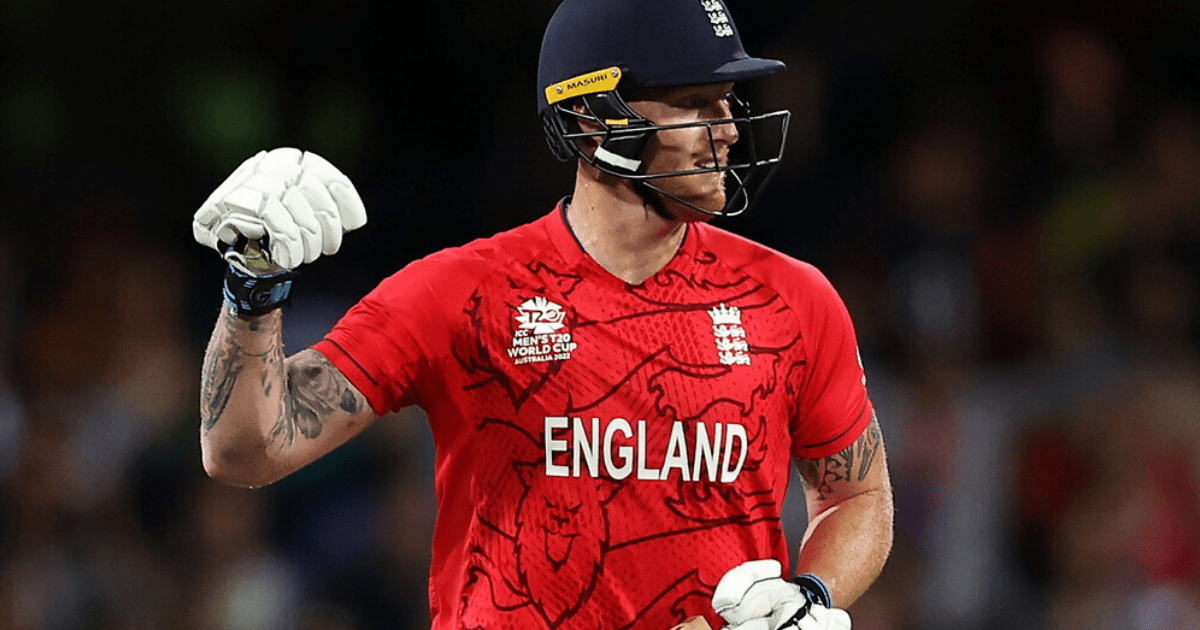 BEN STOKES kept his cool and guided England to victory over Sri Lanka and a place in the Twenty20 World Cup semi-finals.

Stokes remained strong during a dramatic England collapse that turned an apparent cruise to victory into a tense final few overs.

The Durham all-rounder finished 42 not out from 36 balls as England beat Sri Lanka by four wickets with two balls remaining.

So England emerge from Group One of the Super 12s on net run-rate and their semi-final will be in Adelaide on Thursday – most likely against India.

Their win has the delicious added bonus of knocking out hosts and reigning champs Australia from their own tournament.

Stokes has a relatively poor record for England in T20s but there are few better in tight situations in must-win matches.

He was promoted to No3 because Dawid Malan tweaked a groin muscle in the field and don’t forget Stokes’ fielding has been superb and his bowling useful in this tournament – despite his wonky right knee requiring heavy strapping.

Openers Jos Buttler and Alex Hales broke the back of England’s chase and swept to 75-0 after 7.1 overs but, on a used pitch, Sri Lanka’s spinners started causing problems.

England succumbed to 111-5 and then 129-6 with the middle-order self-destructing and Malan unable to bat because of his injury.

England needed five from the final over and Chris Woakes completed the job with a square cut to the boundary.

Captain Buttler said: “It got a bit close at the end. I’m not a great watcher so I didn’t enjoy it much. We had to find a way to win the game and thankfully we did that.

“It was the kind of situation that Ben Stokes is made for and, while he was at the crease, we had a sense of calm. He can play a lot of roles – he affects the game in all three facets and he’s a proper competitor.

“When we get to the later stages of competitions, you’ll see him grow and grow.”

Sri Lanka chose to bat because they believed the surface would become harder to bat on. And they made an electrifying start with Pathum Nissanka hoisting the second ball of the innings for six.

Then Kusal Mendis deposited Mark Wood’s opening delivery into the stand and Nissanka uppercut the final ball of the Durham speedster’s first over for another maximum. 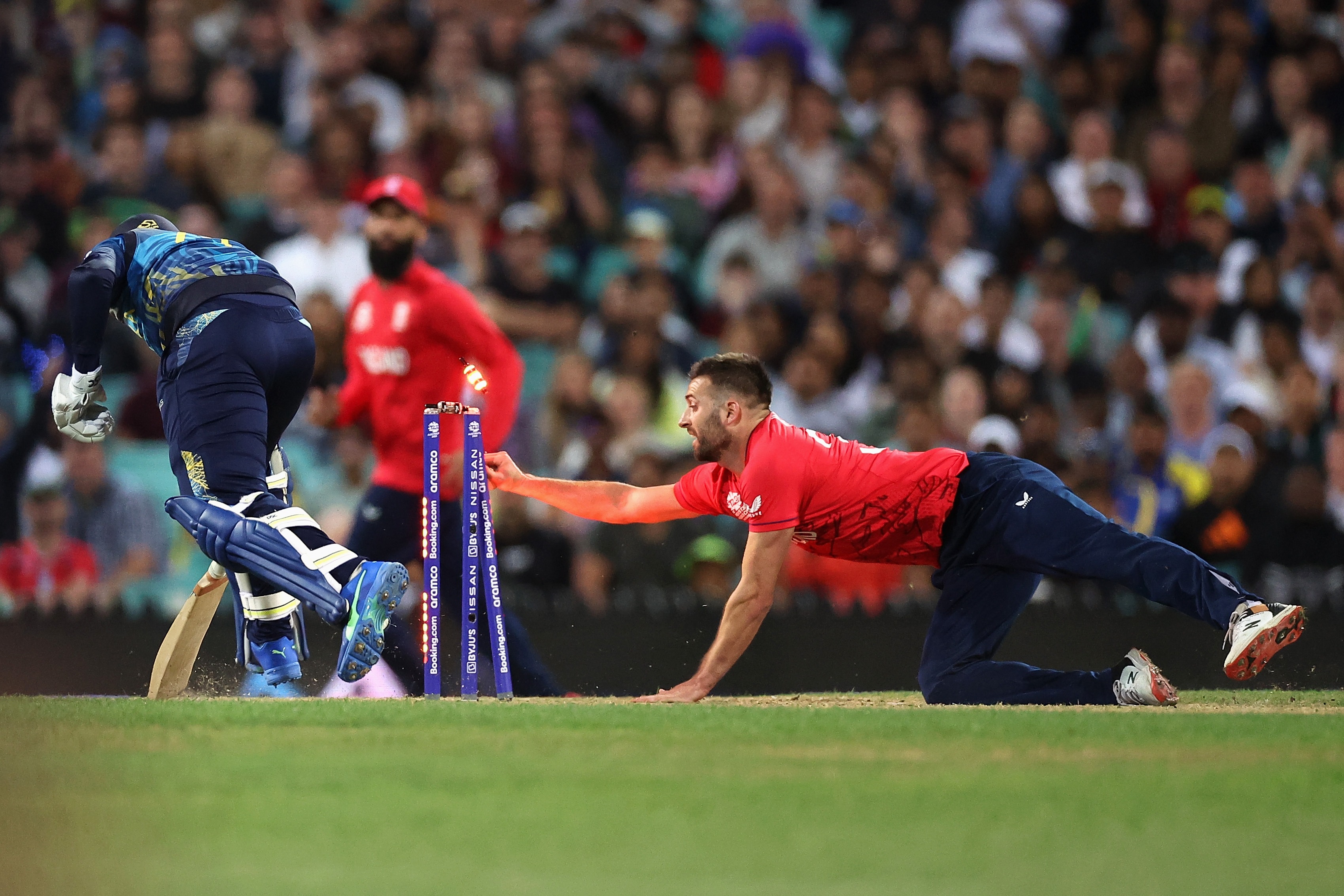 Mark Wood did brilliantly to run out Wanindu Hasaranga 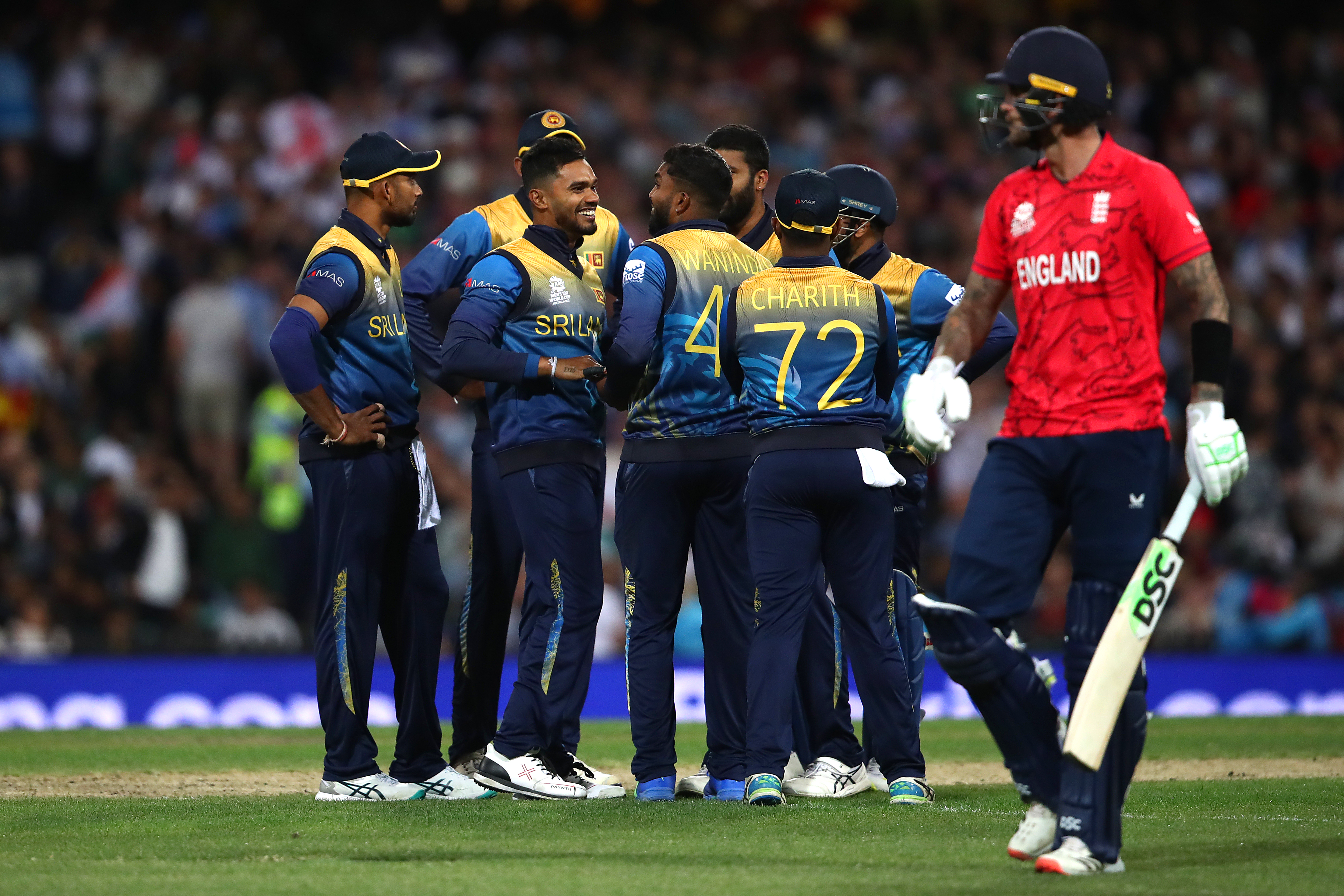 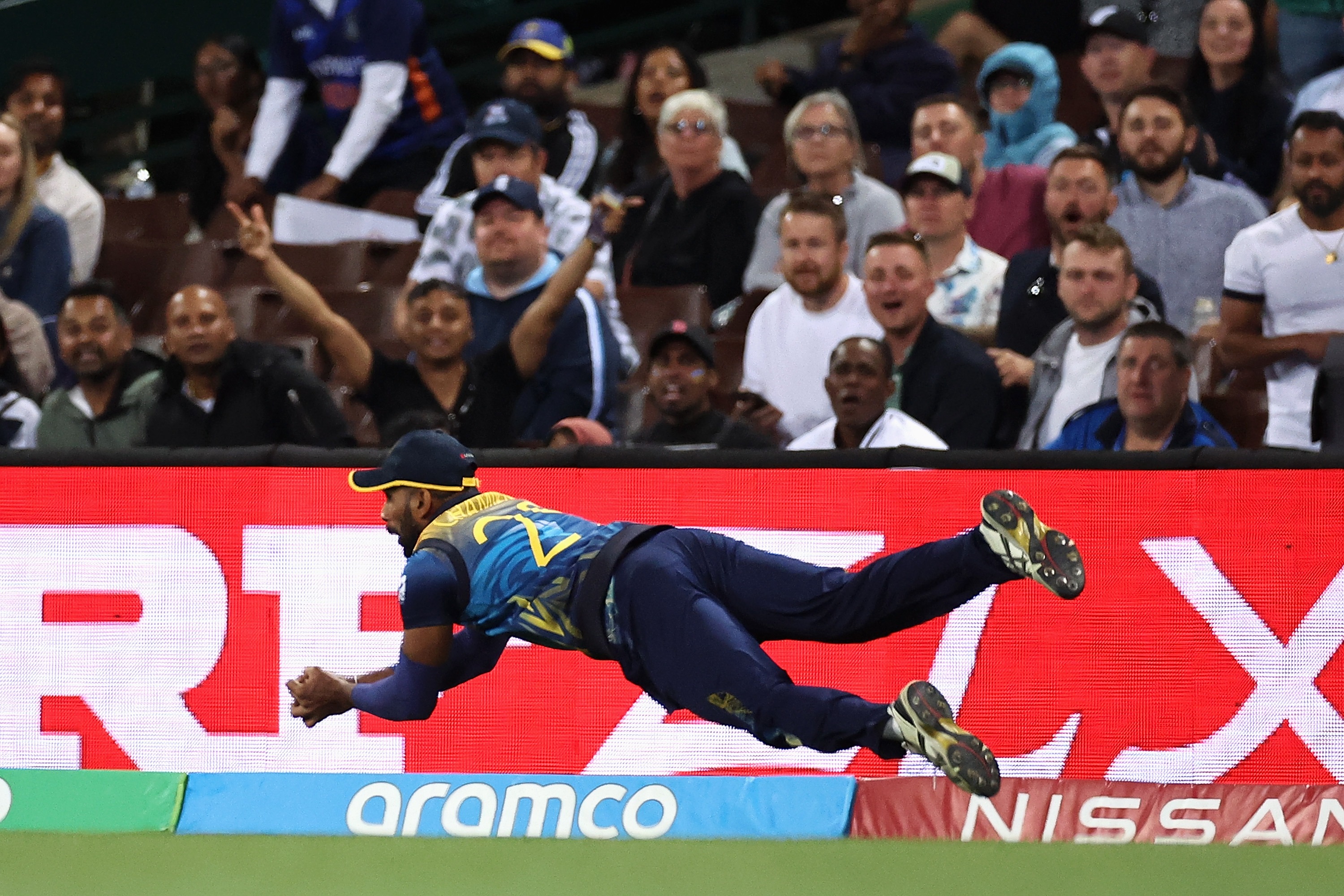 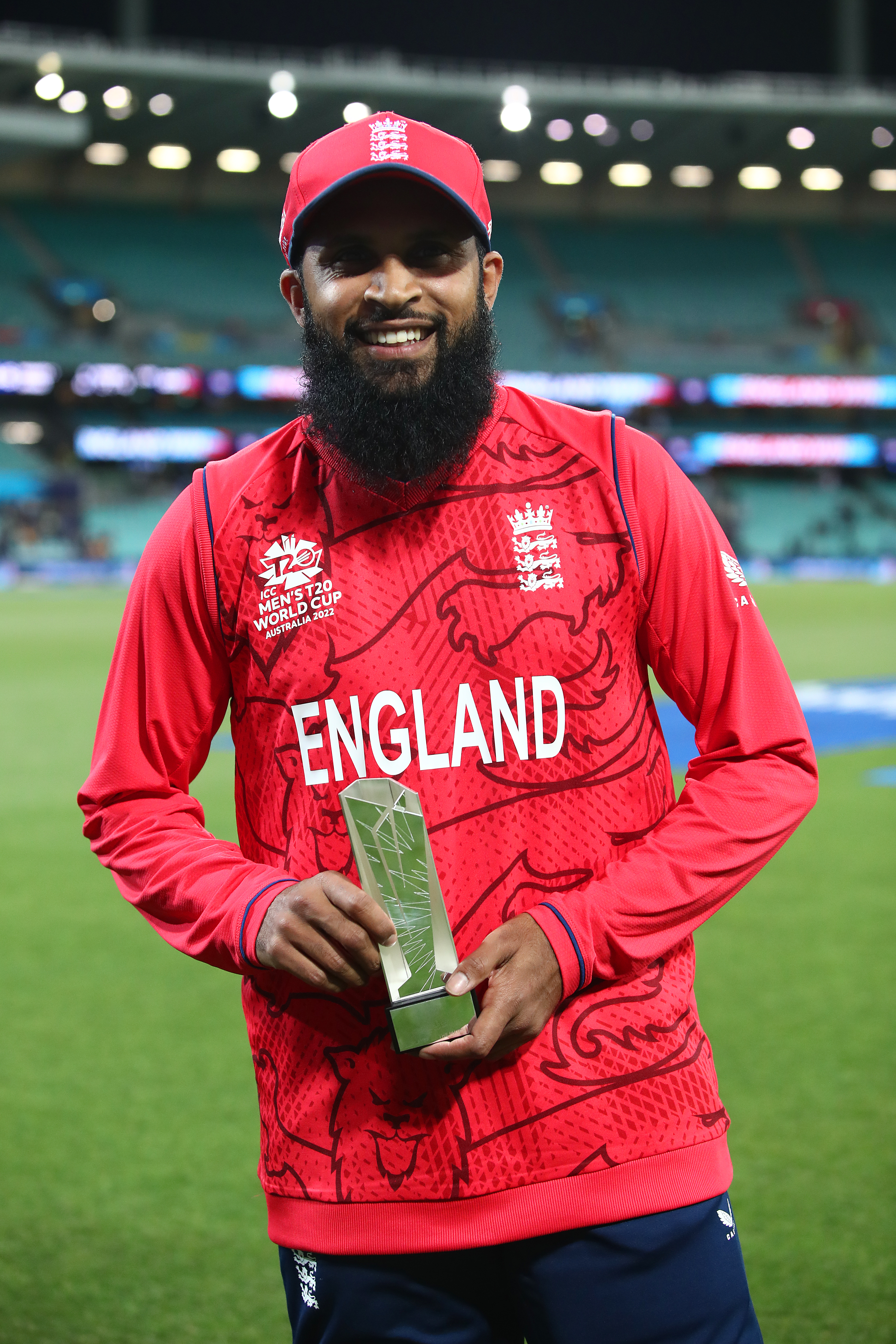 Adil Rashid was named player of the match

Sri Lanka were going very nicely at 65-1 from seven overs. But their innings disintegrated after that with 76-7 coming from their final 13 overs and 25-5 off the last five.

Wood’s first over cost 17 runs but he finished with 3-26 while Adil Rashid, out of sorts recently, showed encouraging signs of a return to form with 1-16 from his four overs.

When Buttler and, especially, Hales blitzed the start of England’s reply, the game looked over. The 70 runs they plundered in the first six overs was the highest powerplay score in the tournament.

But some poor shot selection undermined England’s innings with Harry Brook, Liam Livingstone and Moeen Ali among those culpable.

Stokes stayed and, although it was not as epic as his innings in England’s 50-over World Cup final triumph in 2019, it was another show of determination and mental resilience against the white ball.

Sri Lanka coach Chris Silverwood, sacked by England after their 4-0 Ashes hammering last winter, added: “I wish England all the luck – I have so many friends in their camp.

“There are a lot of good players in that England dressing room but Ben has been their talisman. Getting England over the line will do his confidence a lot of good.”

Here’s how the action unfolded on our live blog…