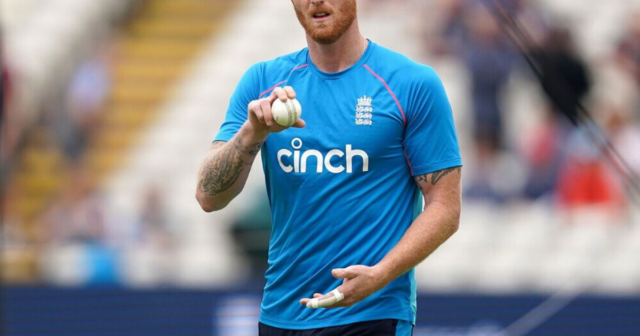 BEN STOKES will not be included in England’s Twenty20 World Cup squad on Thursday and looks certain to miss the tournament.

England’s team management are now beginning to wonder if the superstar all-rounder will be ready for the Ashes this winter.

Stokes’ name will be missing from England’s squad of 15 players – plus three reserves – for the global T20 event in the UAE.

England’s first game is on October 23 and tournament rules allow them to make changes until October 10. So there is scope for Stokes to be called in.

But he has already ruled himself out of the second half of the rearranged IPL that precedes the World Cup and he is not expected to make himself available for the World Cup.

He is said to be in no rush to return to international cricket as he prioritises his mental health after a tumultuous few years.

And the broken left index finger on which he had surgery in April is still not 100 per cent.

Head coach Chris Silverwood said: “I haven’t spoken to Ben as yet. I want to give him as much space as possible but it’s something we’ll revisit shortly. There are people outside of me talking to him.

“I won’t be putting pressure on him or rushing him. He’ll get whatever support he needs.”

England players not involved in the T20 World Cup are due to leave for Australia in early November but the ECB are still waiting to hear if families are permitted.

Some venues for the Test matches might have to be changed as Australia deal with the Covid crisis by applying a raft of restrictions.