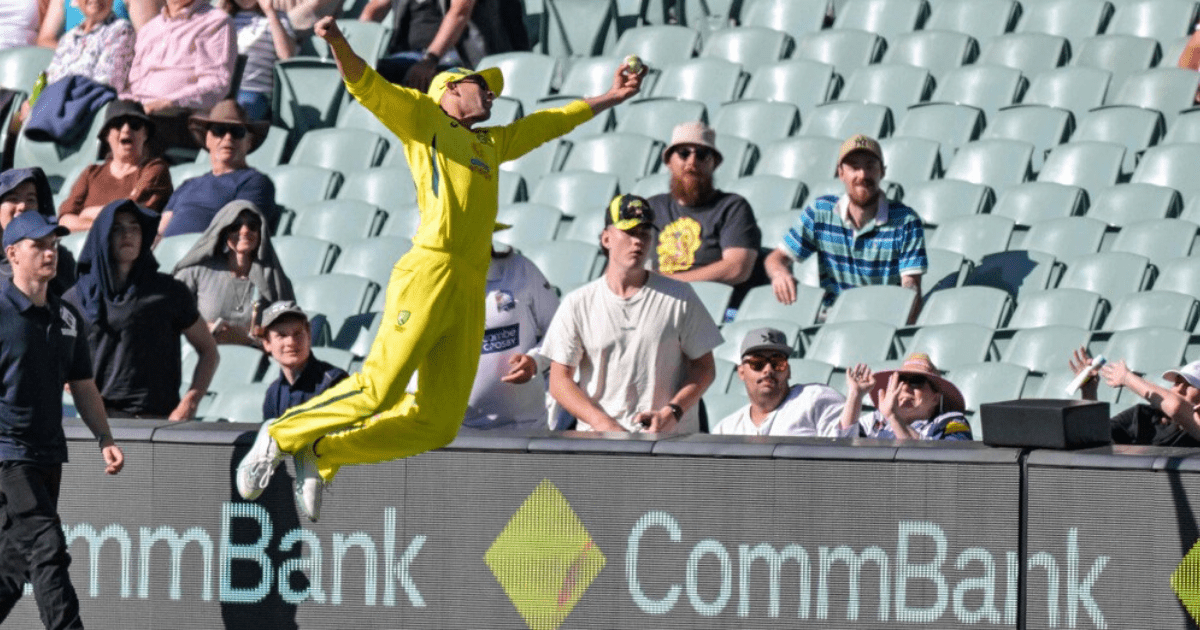 AUSTRALIAN star Ashton Agar dropped jaws with a stunning piece of fielding in the first of three ODI’s between England and the Aussies.

The 29-year-old stopped an almighty Dawid Malan shot going for six with an incredible piece of fielding on the boundary.

Agar leapt over the boundary to catch the ball one handed 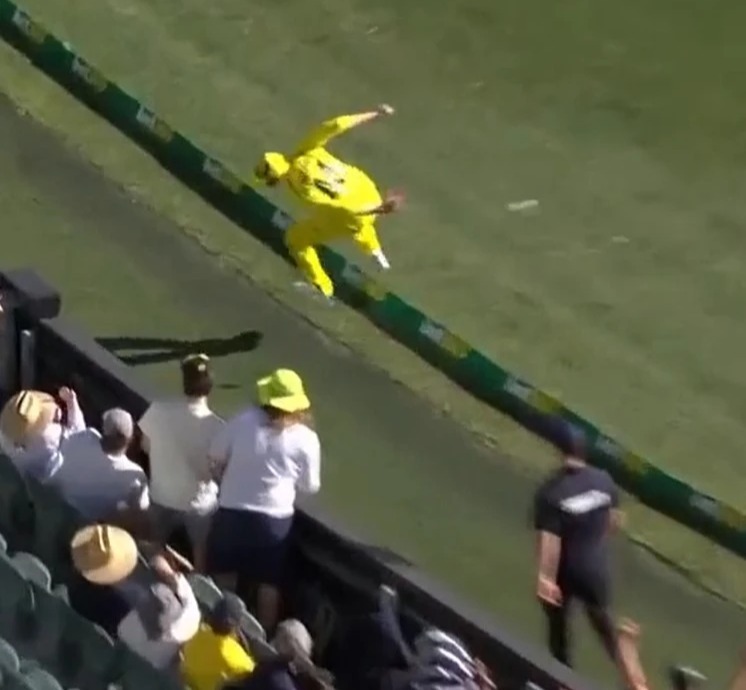 Malan, who scored an excellent 134 as England posted 287/9, heaved a shot into the leg side off the bowling of Pat Cummins.

The ball appeared destined to nestle in the stands for six, until Agar leapt into the air on the boundary.

He somehow caught the ball one handed as he jumped to try and stop it going for a maximum.

Realising he was going to land on the wrong side of the boundary, threw the ball behind him and down onto the field while he was still in the air.

At no point did Agar touch the wrong side of the boundary while holding the ball, so Malan’s shot didn’t go for six.

Instead the England star only ended up running a single for the crunching shot over deep midwicket as Agar’s stop saved five runs.

The Aussie spinner drew huge applause from the crowd at the Adelaide Oval, and his own team-mates, for the stunning effort.

And the stop drew quite the reaction on social media too, with one fan gushing: “The best piece of fielding I’ve ever seen.”

Another said: “I still cant believe he did that..It was beautiful to watch.”

While a third wrote: “Superhero stuff by Agar.”

Malan’s superb 134 in the ODI for the recently crowned T20 world champions appeared to be in vain.

After setting Australia 288 to win, the Aussies had 205 runs on the board and were just two wickets down with 20 overs still left of their innings. 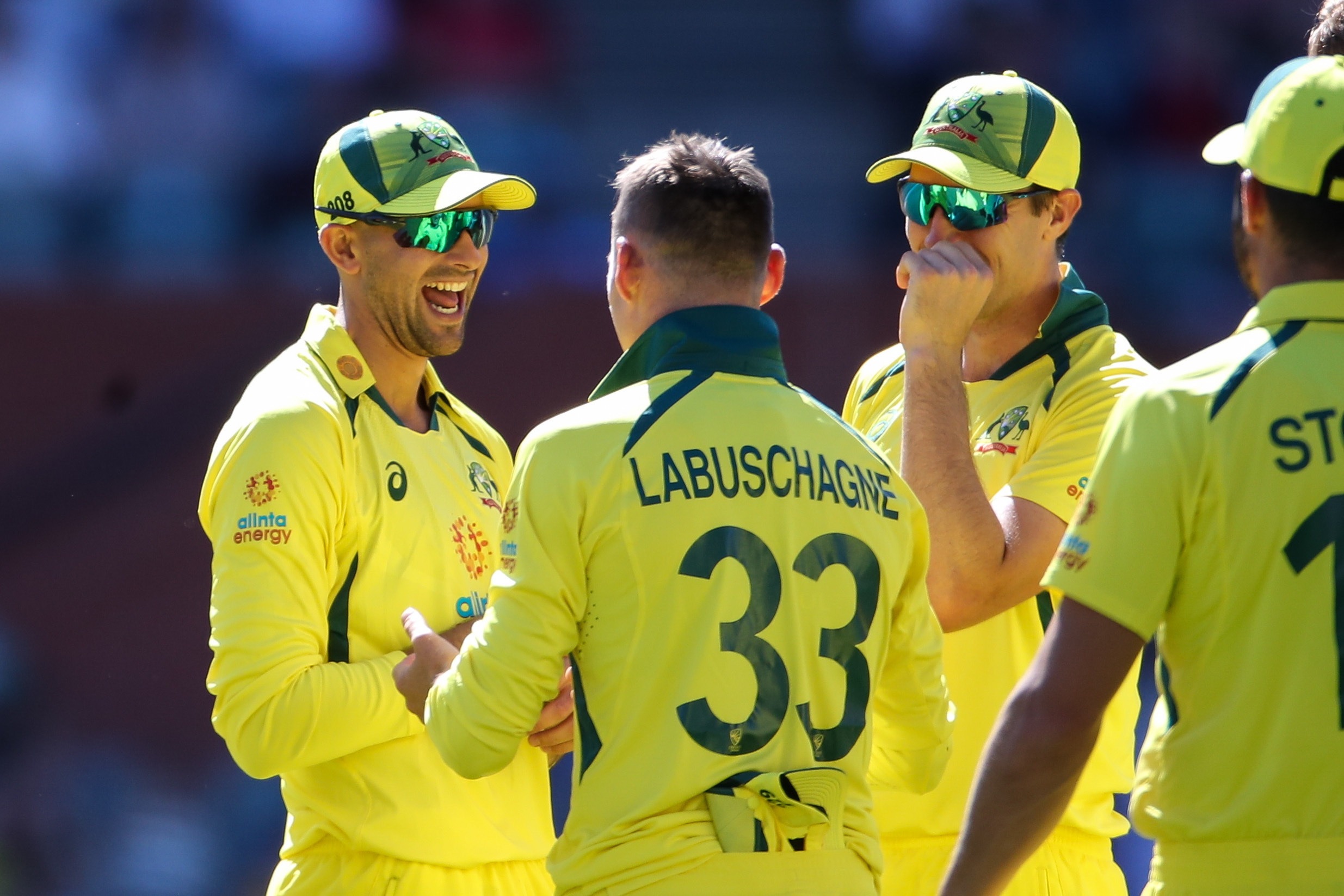 Agar was congratulated by his Australia team-mates