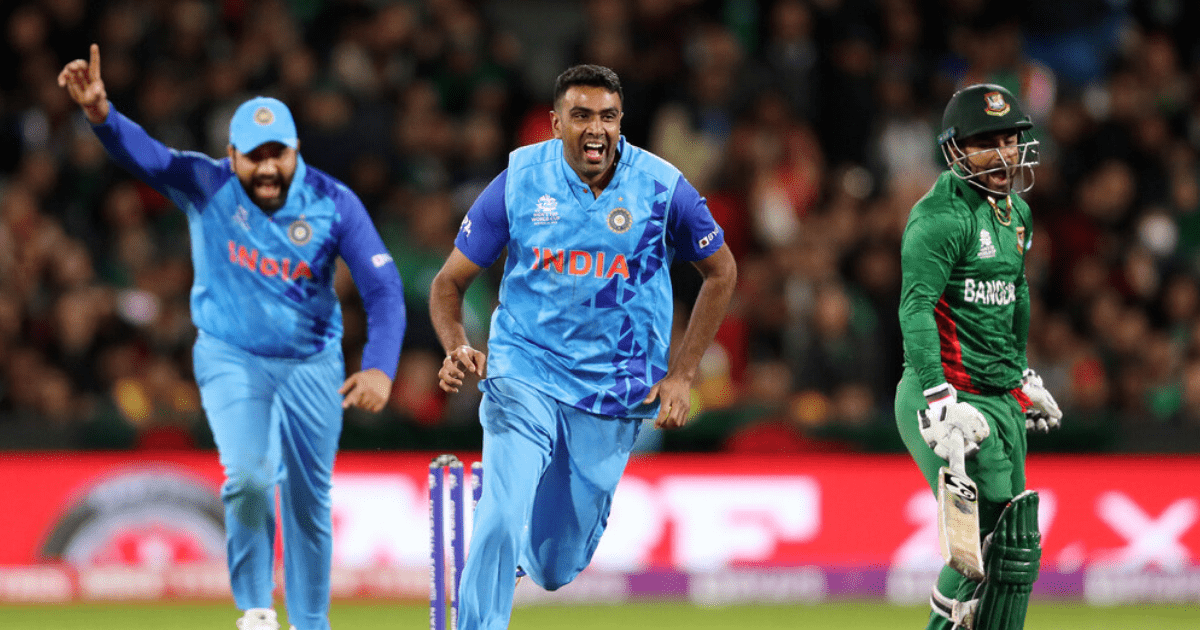 RAVI ASHWIN was caught on camera having a sniff of two items of clothing after India beat Zimbabwe in the T20 World Cup.

The Indian cricket star was spotted by fans carrying out the bizarre act before the clip went viral with over 80,000 likes.

This is right way to find your clothes!!!

The video showed Ashwin collecting his clothes after the match at the MCG and making sure one of the items was his by smelling it and then dropping the other one.

Fans couldn’t resist poking fun at the star on social media, with one saying: “He was selecting which sweater to wear again without washing again and which one to be definitely put it into the laundry.”

Another said: “When you don’t wash your clothes in winter use this technique to find which is less stinky.”

A third said: “Exactly what I do….all clothes lying in a hostel and the only way to find clean one is 5 minutes before the start of class.”

A fourth asked the cricketer to explain himself saying: “Watched this video multiple times already. Just cracks me up again and again.

“Ravi Ashwin pls enlighten us with your logic of picking the right sweater.”

Ashwin actually responded and revealed why he sniffed the clothes, he tweeted: “Checked for the sizes to differentiate! Checked if it was initialed.

“Finally, checked for the perfume I use. Adei cameraman.”

The 36-year-old has been in impressive form at the World Cup in Australia so far and starred in the win over Zimbabwe as he took three wickets for only 22 runs.

He will be hoping to continue his form in the semi-final against England which is due to be played at the Adelaide Oval on Thursday.

England made it to the semi-finals after a tense win over Sri Lanka in which Chris Woakes scored the winning runs in the final over.