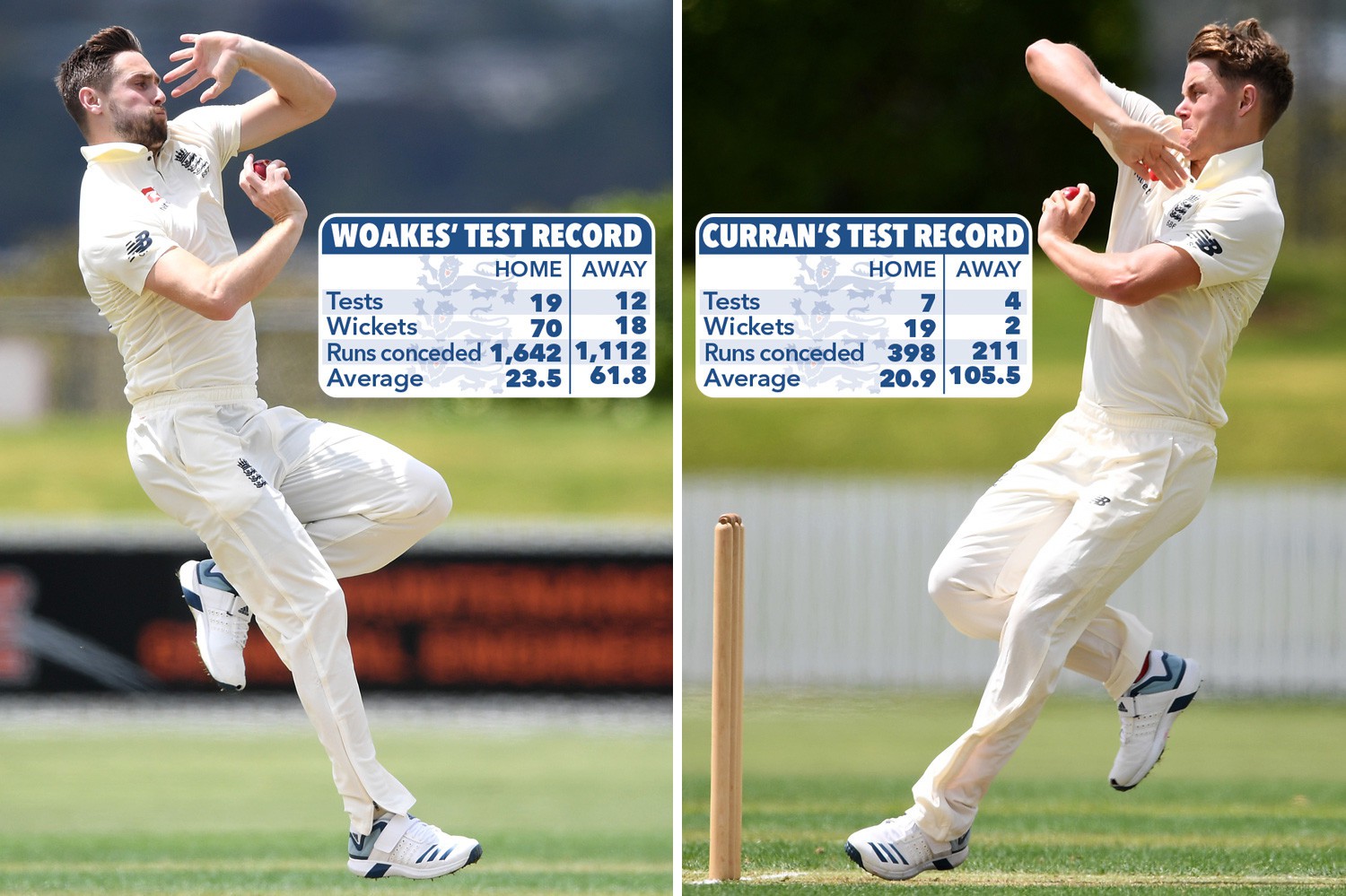 With ten players inked into the starting XI against the Kiwis next Thursday, the only selection dilemma is Woakes vs Curran at No8.

Woakes played in four of last summers five Ashes Tests and is therefore the man in possession.

But Curran offers a left-arm pace option as well as the ability to swing the Kookaburra ball that is used in overseas Tests.

And Woakes record away from home is significantly worse than his numbers in England.

They both played in the most recent Test against the Aussies at The Oval because Ben Stokes could not bowl due to a shoulder problem.

However, Curran would probably not have bowled here yesterday if Lancashire rookie Saqib Mahmood, 22, was not suffering with a migraine, which might give a clue that England are leaning towards Woakes for the Test.

There was nothing to separate Woakes and Curran on Englands first day in the field with the red ball.

And Woakes said: Sam and I are potentially going for one slot. Thats the normal make-up of the team so its a case of putting your hand up with performances.

Its dangerous to think your place is guaranteed or you have your nose in front. You cant take those things for granted.

“Its a different ball here, different conditions. Ill just try to make it as hard as possible for the selectors to leave me out.

It was a pretty flat pitch, a couple nipped with the new ball but it did little after that even though the surface was very green. It will be hard work with the Kookaburra ball in this series.

If pitches are like this for the two-Test series, then both teams might struggle to take 20 wickets. England scored 376 and lost only two wickets plus three retirements.

The one remaining warm-up match a three-day first-class fixture against New Zealand A starts here this evening.

England will probably field their likely Test team in that game.

Opener Jakob Bhula, 19, faced 150 balls before being bowled by Curran for 61. Prior to this game, he had played just one first-class match in which he scored two and 18.

Finn Allen, 20, was more fluent and reached a century from 129 deliveries before retiring. His highest first-class score is 56 not out.

Generally, England were trying to do little more than brush off some cobwebs. They will crank up their pace and intensity in the next game.

Woakes is sporting a new beard but, rightly, he admitted:: It needs some work to catch up Moeen Ali!
He added: It was good to get all the Test boys back together and playing.

Its always nice after a break with the banter in the dressing-room.

It was a tough summer mentally, quite draining, but the break has been good. Its important to spend time away from the game with the family.