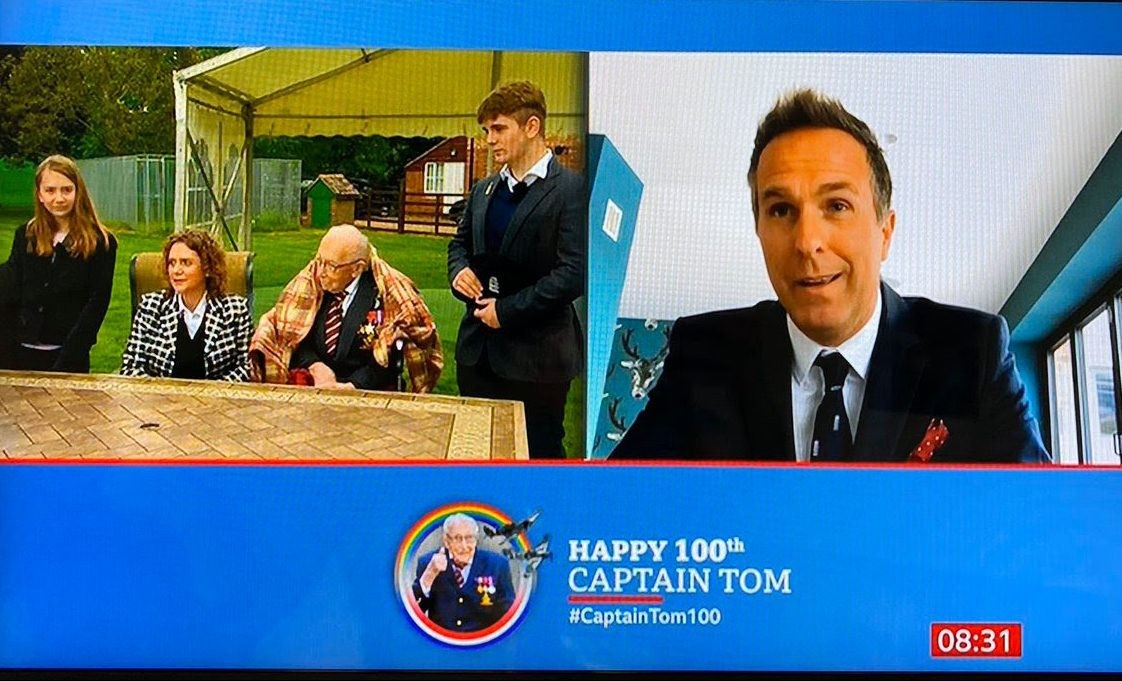 COLONEL TOM MOORE has been given an honorary 100th England cap to mark his milestone birthday by former captain Michael Vaughan on live TV.

The fundraising hero celebrates his 100th birthday today — and was honoured with a very special cricket cap on BBC Breakfast. 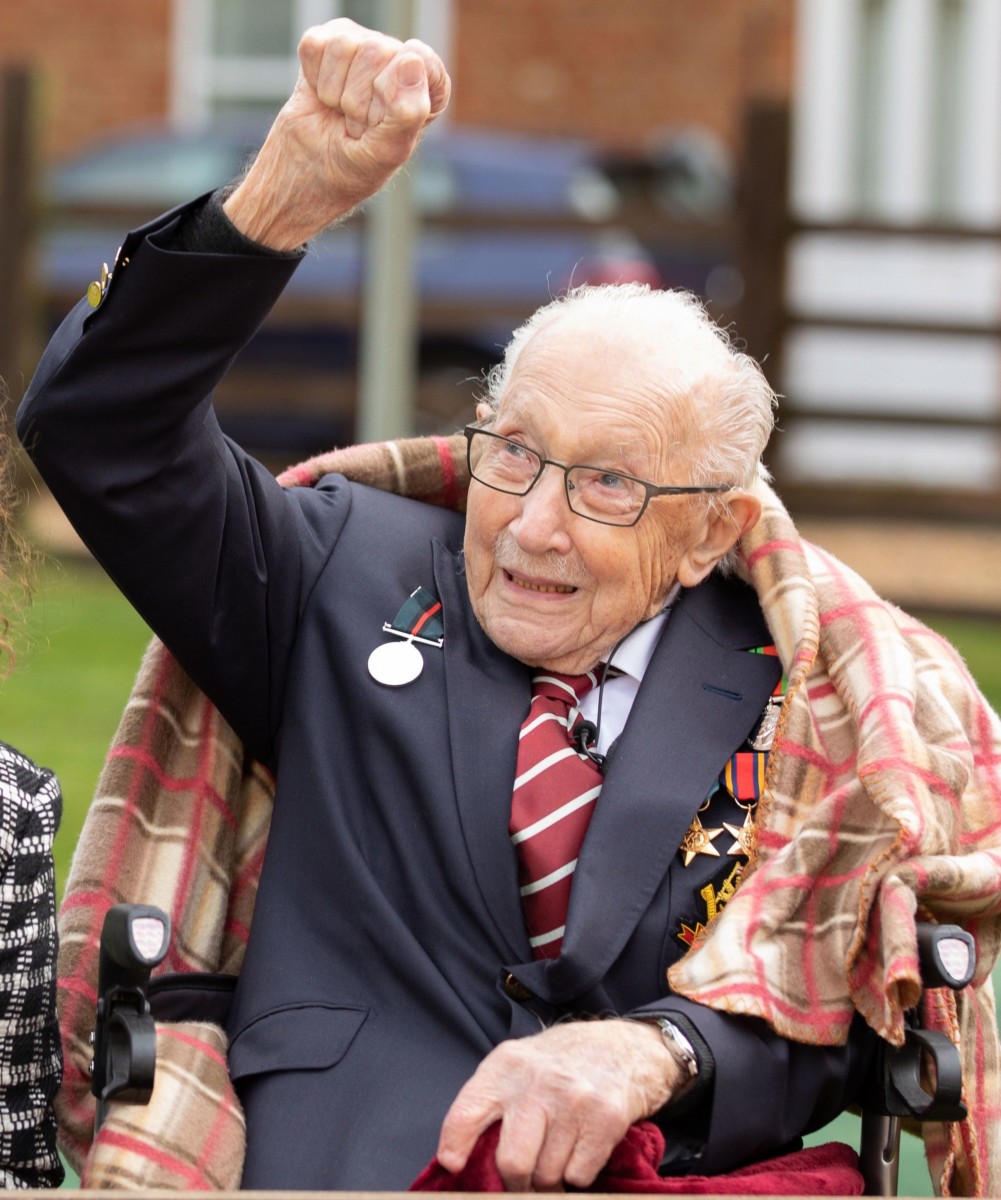 Fundraising hero Tom Moore was given an honorary promotion to colonel

Vaughan wished Colonel Moore – who has now raised an astonishing £30million, well-exceeding his target of £1,000 – a very happy birthday this morning.

And via video-link, the former England captain said: “As you can see your grandkids are beside you.

“In 2005 I donated my blazer, my England jumper, my tie and my cap to a charity, and a friend of mine, Howard Walker, bid for the whole item.

“Two weeks ago, Howard rang me and said ‘I think we should be doing something in these times for the NHS.’

“Straight away my mind triggered to you.

“I heard you were a huge cricket fan and I said to Howard: ‘Why don’t we give Tom, Captain Tom, the nation’s heartbeat, with this on his birthday, and make him an official member of the England cricket team.”

Vaughan then addressed Moore’s grandson Benji – asking him to place the cap on his hero grandfather’s head.

“Benji, your grandad has been the nation’s heartbeat for the last two or three weeks.

“You’ve done so much for the country, you’ve raised so much money for NHS, and now I can officially call you an honorary member of the England cricket team.”

An emotional Colonel Moore responded: “That’s marvellous, isn’t it! Thank you very much.”

Amongst other birthday treats, Moore received a personalised telegram from the Queen, a message from Prime Minister Boris Johnson, was promoted from captain to colonel and given a Spitfire and Hurricane flyover.

On his big day, Colonel Moore said: “Reaching 100 is quite something. Reaching 100 with such interest in me and huge generosity from the public is very overwhelming.

“I am in awe at the response my walking has had. To everyone who has donated, sent birthday cards and messages, sincerely, thank you.

*You can keep donating by heading to Colonel Moore’s JustGiving page.

Did you miss our previous article…
https://www.sportingexcitement.com/cricket/cricket-legend-sachin-tendulkar-still-owns-his-first-car-bought-for-1200-in-1989-and-parks-it-with-his-155k-ferrari