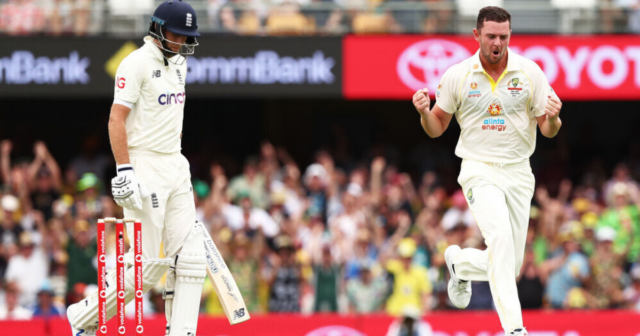 FORMER England captain Alastair Cook has called on Joe Root’s side to go on the offensive against Australia after a horror start to the first Ashes Test.

England were bowled out for just 147 as Pat Cummins took 5-38 before rain stopped play in Brisbane.

The dismal display came after Root made the controversial decision to bat first – a move which now appears to have been the wrong one.

But ex-England skipper Cook now feels the best form of damage limitation is to go on the attack.

Speaking on BT Sport, he said: “Joe Root talks about England having character, they are going to have to show it now.

“They will have to come out swinging.

“They have got history of fighting back against Australia.

“The coaches have to earn their money now, saying the right things at the right times, making sure it isn’t doom and gloom.

“They have to go around tonight making sure that the likes of Rory Burns can regroup and come back and bat in the second innings.”

Star of the show Cummins has put Australia in a commanding position heading into day two as they look to solidify their advantage.

Assessing the first day’s play, he said: “It has all gone to plan at the moment.

“I’m really proud of the guys for the way they bowled. It’s a great start. Getting England out for 147, we’re pretty happy.

“I’ve bowled better before but it was nice to get wickets.” 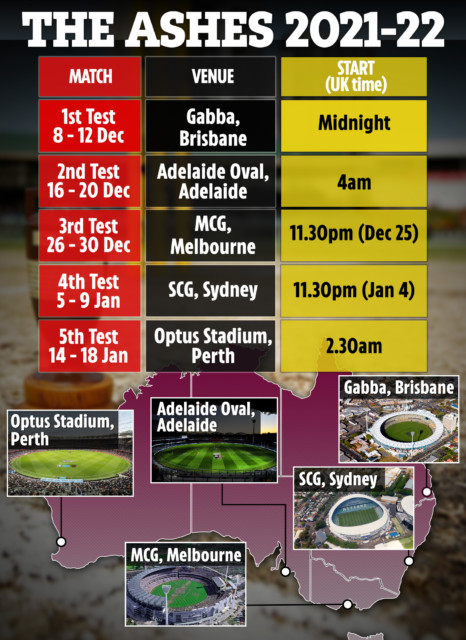 And the Aussie players were not the only ones making a mockery of the England batting performance.

Queensland Police even got in on the act as they ripped Root’s side on Twitter.

They posted: “Queensland Police are launching an investigation into a group impersonating a Test batting order at the Gabba.”