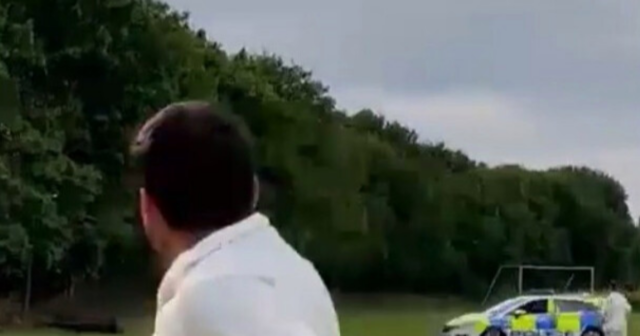 CRICKETERS caught a thief — after abandoning their game.

The pickpocket was seen rifling through players’ wallets and a till.

Word spread among the fielders who spotted the suspect on a bench.

They ran over to confront him but he darted off, pursued by both teams.

He said: “One of the lads from the other team is a bouncer so when he caught up he managed to properly restrain him until police got here.”

At the time, Ryan’s side had Wolvercote 92-6 in ­Saturday’s Cherwell League clash.

He said: “The game was abandoned. It was a huge shame. But stopping this guy seemed like the right thing to do. We couldn’t just let him go.”

Thames Valley Police said a 32-year-old from Witney was arrested and is custody.

Did you miss our previous article…
https://www.sportingexcitement.com/cricket/the-hundred-delayed-by-streaker-as-fan-strips-off-at-northern-superchargers-vs-welsh-fire-at-headingley