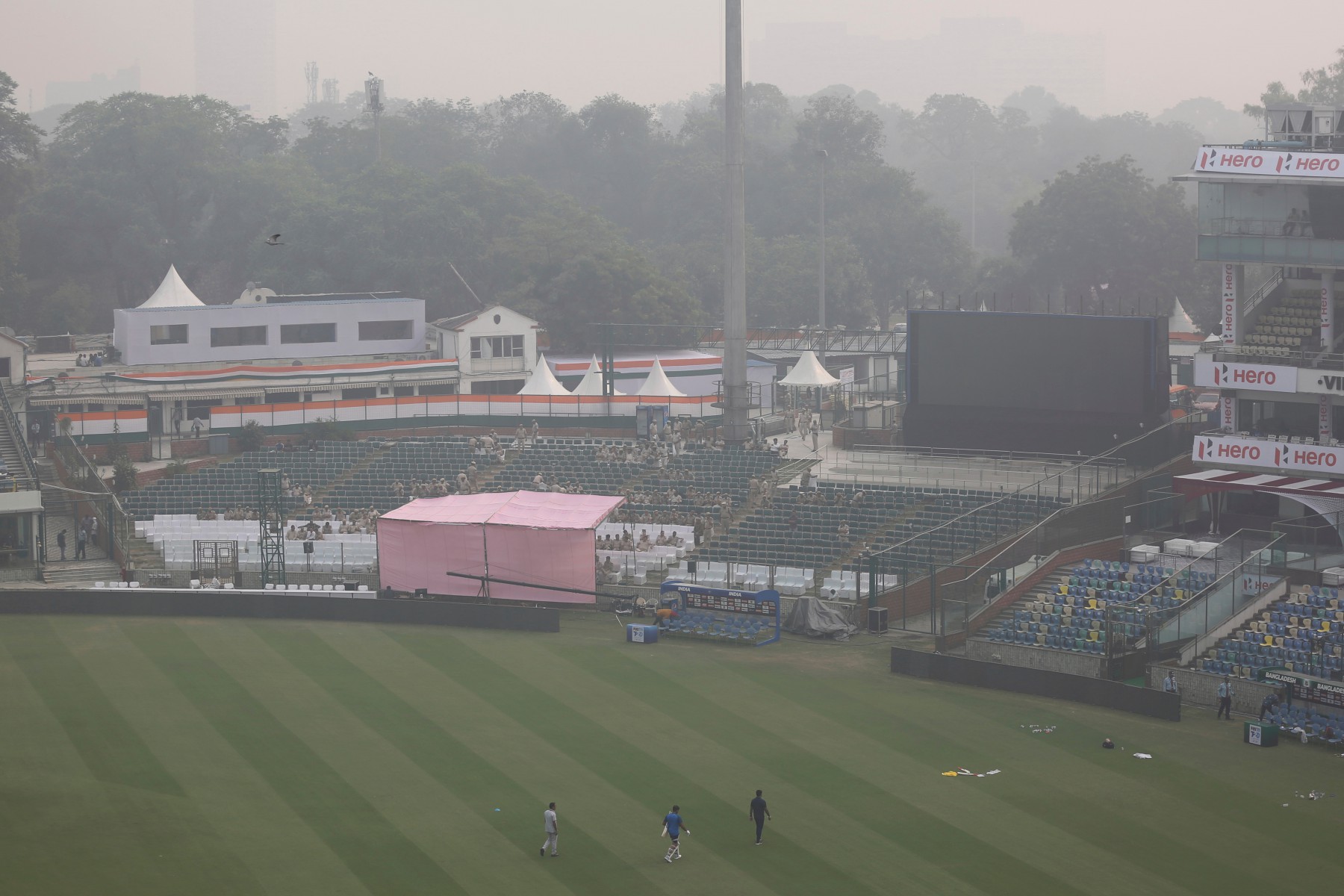 POLLUTION was so bad in India’s T20I clash with Bangladesh that two players reportedly threw up.

Delhi, which is already the most polluted city on the planet, is currently experiencing highly dangerous levels of smog.

It has been so bad this week that it is apparently a staggering 20 times worse than what the World Health Organisation considers safe.

The dense brown smog has even diverted planes and shut schools in what has been declared a public health emergency.

The Delhi state’s medical department released a statement saying the “severe level” of pollution may “result in morbidity among exposed people”.

But it remarkably wasn’t enough to deter the cricket match with the BCCI (Board for Control of Cricket in India) happy for the match to go ahead.

Bangladesh ended up winning the contest by seven wickets but for Soumya Sarkar and one of his team-mates, the victory was marred after they vomited on the field.

The majority of the players were forced to wear masks to protect their lungs in training before the match.

After the contest, the BCCI president Sourav Ganguly, thanked both sets of players for playing through the “tuff” conditions.

He said on social media: “Thank u to both teams to play this game under tuff conditions… well done Bangladesh.”

Bangladesh star Nazmul Hasan said before the game: “I had no idea about it [Delhi’s pollution] until very recently.

Thank u to both the teams to play this game @ImRo45 @BCBtigers under tuff conditions .. well done bangladesh ..

“But when I saw the situation on the internet, I honestly got scared. Then I heard the schools were closed.

“I spoke to the coach, captain and Mushfiq, and they told me it is an issue but they can play.

“This morning it looked quite bad. I wondered how they can see the ball. But from the very beginning they [BCCI] were saying it cannot be shifted. Apparently it is better than before.”

Shoot days for #thewhitetiger. Its so hard to shoot here right now that I cant even imagine what it must be like to live here under these conditions. We r blessed with air purifiers and masks. Pray for the homeless. Be safe everyone. #airpollution #delhipollution