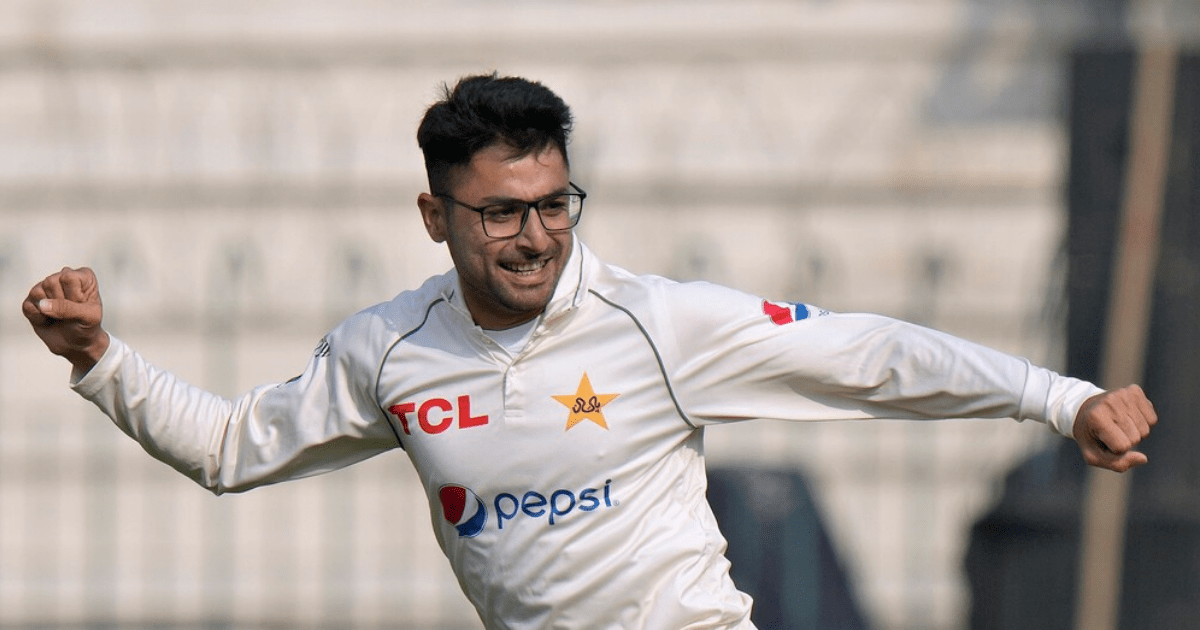 A Pakistan spinner took seven wickets on his debut and made England’s latest attacking assault with the bat only a limited success.

Captain Ben Stokes will not be unhappy with a first innings total of 281 all out on day one of the Second Test in Multan. 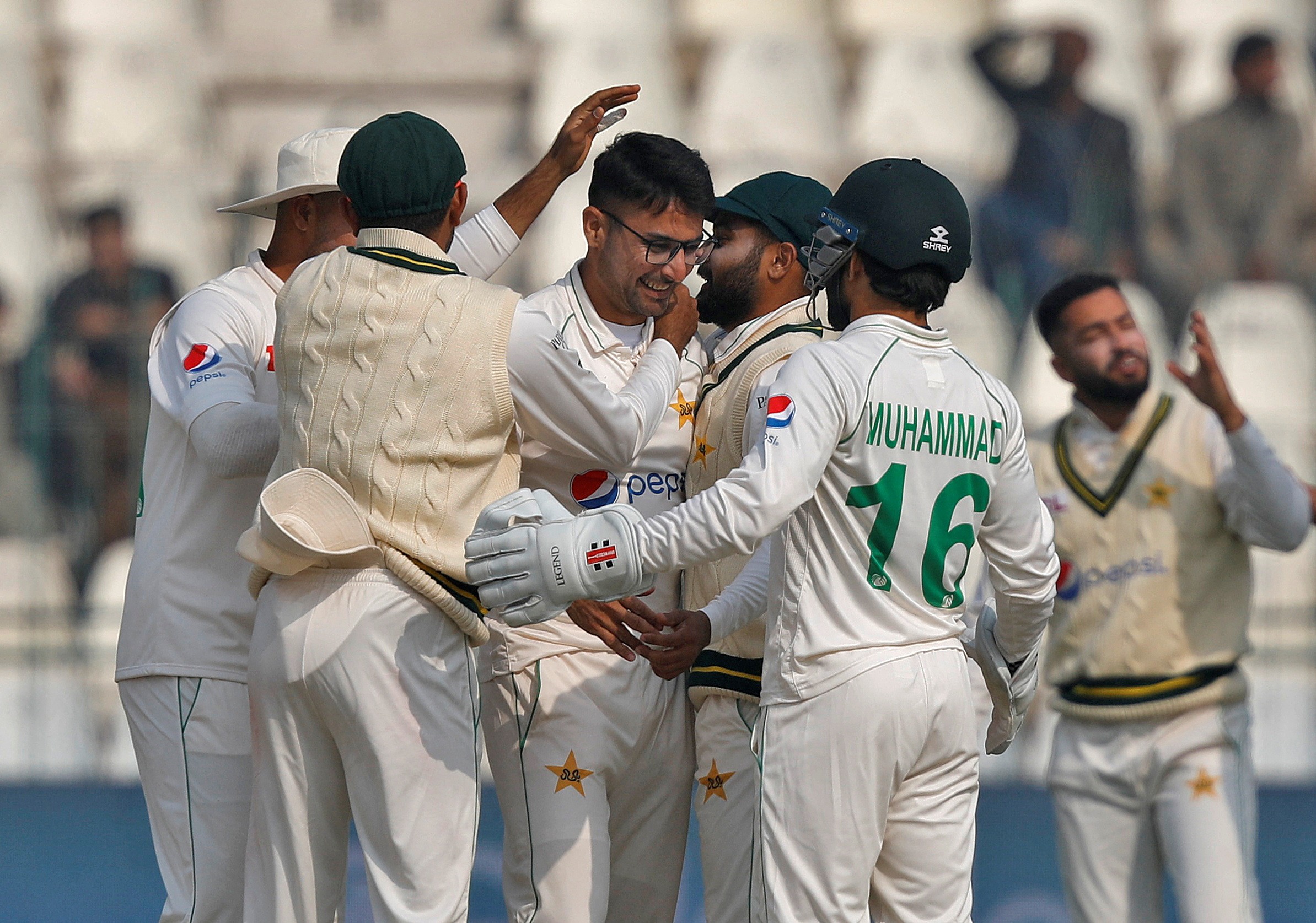 Pakistan congratulate Ahmed after a wicket

It would have been many more but for twirly whirly man Abrar Ahmed taking the first seven wickets on his first day as an international cricketer.

For a time, it looked as though Abrar might take all ten England wickets before fellow spinner Zahid Mahmood nipped in with the final three.

Abrar finished with the remarkable figures on 22-1-114-7 and five of those came before lunch.

Pakistan were 107-2 in reply at the close with captain and star batsman Babar Azam ominously placed with 61 not out after Jimmy Anderson and Jack Leach had taken an early wicket apiece.

England’s batsmen tore into the bowling in their normal fashion, scoring at 5.43 runs-per-over across their innings.

Not quite as fast as in the First Test in Rawalpindi but still an amazing rate of progress, especially as the pitch was offering plenty of turn.

After the flattest surface imaginable in the opening contest of the series, the word went out from Pakistan that they wanted more help for their slow bowlers.

The bespectacled Abrar relished the conditions, bowling with accuracy and with sufficient variations to keep the England batsmen guessing. 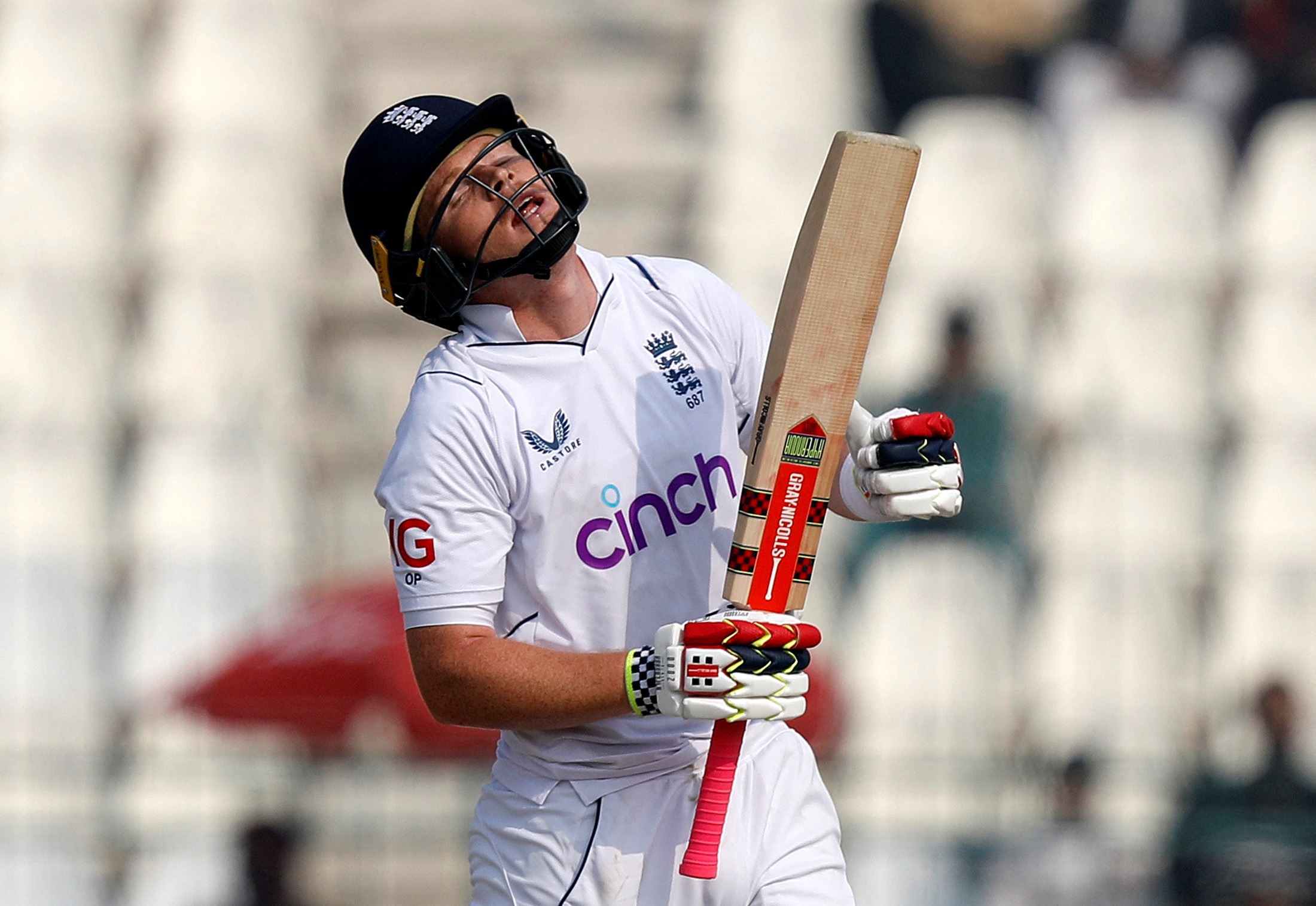 It was a day to forget for Ollie Pope and Co

As well as his stock leg break, Abrar also showed a googly and a carrom ball with a flick of the middle finger.

The look of total bemusement on Stokes’ face when he was bowled showed the skill and cunning of Abrar.

When batsmen struggle to read a spin bowler, they often employ the sweep shot. It is one of England’s favourites anyway but this turned into a sweepfest.

Plenty of sweeps were nailed for four but the sweep or reverse sweep accounted for five wickets – Ben Duckett, Ollie Pope, Will Jacks, Jack Leach and Anderson.

Harry Brook and Ollie Robinson were caught attempting slogs while Zak Crawley, Joe Root and Stokes were out defending.

Abrar bowled Crawley with his fifth ball but then Duckett and Pope put on 79 for the second wicket in just ten overs.

For more than a century, such scoring rates would have been incredible. Under Stokes and England, they have become routine.

Duckett and Root were both out leg before after reviews and Pope reverse swept to backward point, much to his fury.

Abrar took his fifth wicket when Brook skied a slog to mid-off. Stokes and Jacks put on 61 before Stokes was bowled by a beauty and Jacks was lbw sweeping.

Robinson slogged in the air to mid-on and Leach missed a reverse sweep first ball.

Mark Wood had some fun, hitting eight fours, before the innings ended when Anderson was bowled attempting a reverse sweep.