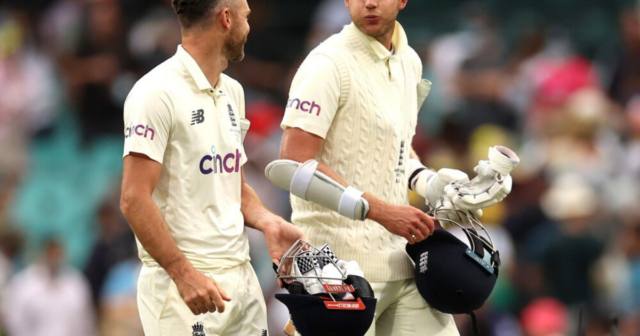 ENGLAND battled hard, batted long and managed to cling on for a draw in the Fourth Test and prevented the humiliation of an Ashes whitewash.

And it was those two veterans Stuart Broad and James Anderson who together defied the Aussies for the final two overs.

Broad and Anderson have shared countless triumphs with the ball but rarely have they batted in such a nerve-shredding situation.

In Anderson’s case, certainly not since his epic last-wicket survival alongside Monty Panesar against Australia at Cardiff in 2009.

At the end, the light was so poor that Australia had to use the spin of Nathan Lyon and the part-time leggies of Steve Smith rather than any fast bowlers.

Although it was Broad and Anderson who closed the door on Australia, it was two of the English patients who did most to ensure the escape and keep the series score at 0-3 with one Test to play.

Ben Stokes and Jonny Bairstow remained defiant for more than 100 balls each and that was key to England’s survival.

The pair are both suffering injuries that make them doubtful for the Fifth Test on Friday but they showed skill and stubbornness.

The Ashes have long since been lost but England were desperate to display some fight. This was an impressive rearguard action – rather than a victory – but it sure as heck beats losing.

England were helped by rain removing seven overs from the day and the pitch tending to lose its spite, but it still sent a surge of relief and satisfaction through their dressing-room.

Opener Zak Crawley contributed a stylish 77 – from just 110 balls – and that should not be forgotten, either.

England had all ten wickets intact at the start of the fifth and final day but Haseeb Hameed registered his sixth successive single-figure score. England will seriously consider leaving him out of the Fifth Test on Friday.

Hameed was dropped in both innings but still failed to convert either attempt into a double-figure score.

His mode of dismissal was predictable – caught behind off Scott Boland.

After a couple of 80s in the first two Tests, Dawid Malan’s scores have dropped through the floor and he managed just four before missing a back foot force against Lyon and being bowled. 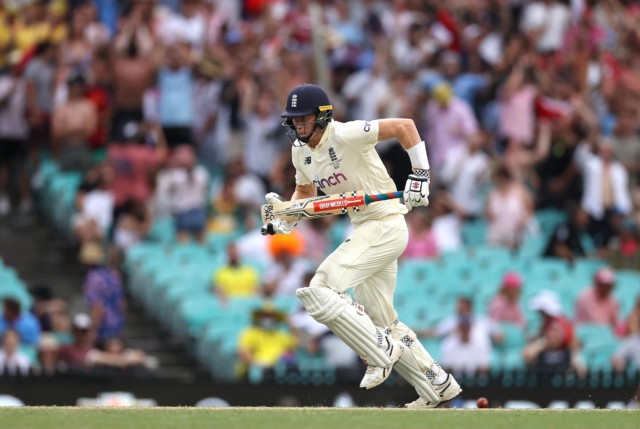 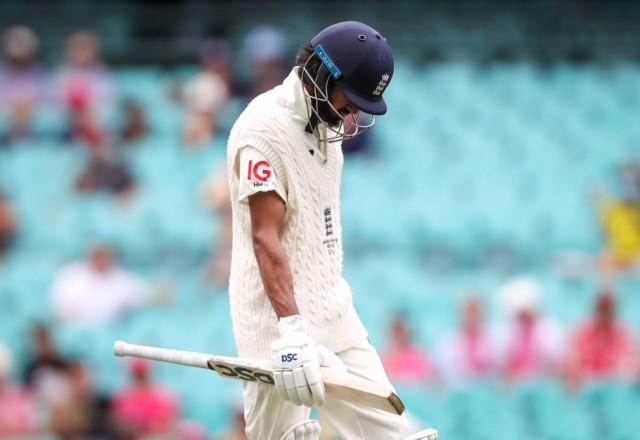 Haseeb Hameed could be left out on Friday

At the other end, Crawley was playing England’s most fluent innings of the series. The Kent batsmen’s stats over the 18 months are grim but he has something, a presence at the wicket and the confidence to try to put pressure on the Aussie bowlers by playing a few shots.

Captain Joe Root survived for 85 balls before edging a catch behind off Scott Boland.

Incredibly, Boland has dismissed Root three times since he last scored a run off him.

Australia were into the injured players now and Stokes should have departed when he had scored 16 – but Marcus Harris dropped a straightforward chance at short leg off Cummins.

Rain knocked off seven overs and forced an extended lunch break. Every little helped for England.

Stokes and Bairstow, who compiled a century stand in the first innings, survived together for 16 overs until Stokes edged Lyon to slip.

Stokes has been enduring significant pain since straining his left side when bowling a string of bouncers on day two.

But he has gritted his teeth so successfully in this match that he recorded his only two half-centuries of the series.

Bairstow took a nasty blow on the thumb from Aussie skipper Pat Cummins during his century in the first innings. He showed plenty of application but was out with ten overs remaining.

Buttler was lbw to Cummins and Root revealed after the game that England’s wicketkeeper is flying home because of a finger injury. Mark Wood suffered a similar leg before fate two balls later.

Bairstow was next out, caught at silly point via bat and pad, then Jack Leach edged Smith to slip. That left Broad and Anderson to negotiate an over each. They managed it and England finally had something of which they could be proud. 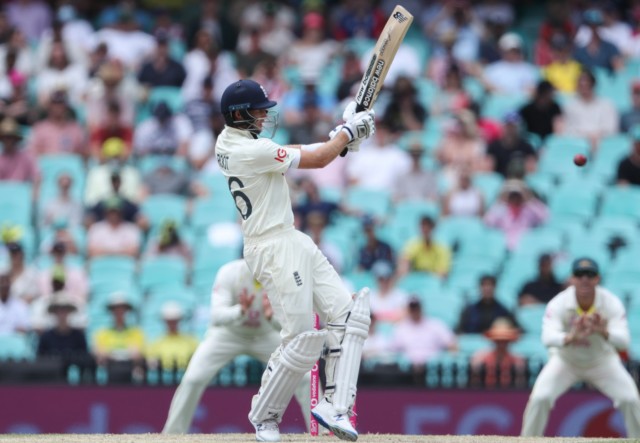 Joe Root survived for 85 balls
Advertisement. Scroll to continue reading.
In this article: