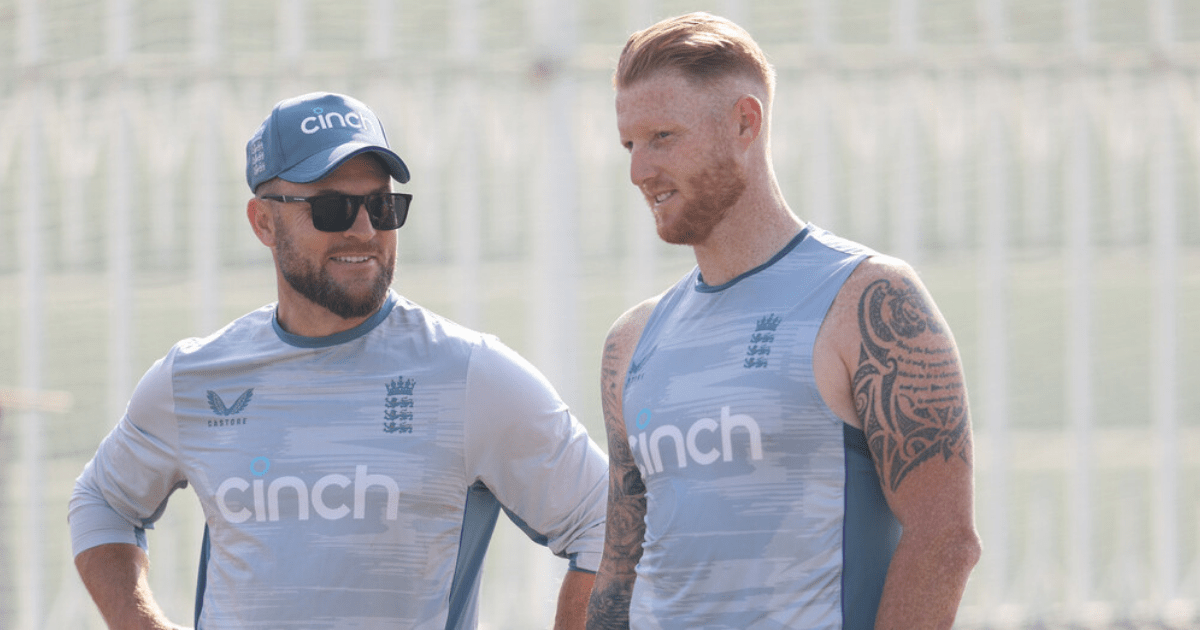 Captain Stokes has pledged his match fees – around £15,000 for each of the three Tests – after floods claimed at least 1,700 lives and displaced millions from their homes.

Stokes wrote on his social media channels: “To be back here after 17 years as a Test side is very exciting. There is a sense of responsibility amongst the playing and support group.

“The floods that devastated Pakistan earlier this year was very sad to see and has had significant impact on the country and the people.

“The game has given me a lot in my life and I feel it’s only right to give something back that goes far beyond cricket.”

England’s T20 squad also made a donation to the flood appeal during their visit to Pakistan in September.

Head coach ‘Baz’ McCullum believes all-out attack by his team of “rock stars” can be a winning formula on the slow pitches of Pakistan – just as it was at home.

McCullum might not like the name but it is clear ‘Bazball’ is here to stay all the time he and captain Stokes are in charge.

McCullum said: “Our goal is to make Test cricket a sport people want to watch and are prepared to pay money for – and then walk away entertained.

“The boys are excited about playing in front of full houses. The skipper wants them to be rock stars and, to be a rock star, you’ve got to play in front of the big houses.”

McCullum and Stokes have made their first big selection call of the three-match series with Ben Duckett beating Keaton Jennings to open with Zak Crawley in the First Test in Rawalpindi on Thursday.

England won six out of seven Tests during the summer after just one victory in their previous 17 Tests. Their dynamic brand of cricket was both scintillating and successful.

There will be no change in England’s first Test series in Pakistan since 2005, even though the slow surfaces frequently offer spin and can make stroke play difficult.

McCullum explained: “We’ll be pushing for results and we want to play entertaining cricket. There may be a time where we risk losing to win and, if Pakistan are good enough to beat us, that’s cool.

“I can guarantee that when Ben talks about the series, he’ll say there’ll be no draws. We’ll certainly be pushing for results because we see it as our obligation to try to ensure people are entertained.

“With some of the conditions we face, it might push us into the more aggressive style that we like anyway.

“But we’re keen not to have preconceived thoughts on the wickets here. If we do that, we won’t allow ourselves to play what’s in front of us. Our view is that playing aggressively allows our talent to come out.”

McCullum added: “Pakistan is obviously a great place to tour and has been starved of international cricket for a long time.

“We understand how passionate people here about this form of cricket. Hopefully, everyone who dials into this series – not just in Pakistan but around the world – sees that international cricket is back in Pakistan with a product worth watching.”

McCullum says England are happy with their security arrangements in the wake of the assassination attempt on Imran Khan, former Pakistan prime minister and ex-Pakistan captain.

But it means players will not be able to leave their hotels apart from training and match days.

Left-hander Duckett played his only four Tests on England’s tour of Bangladesh and India in 2016 but is recalled following the dropping of Alex Lees. Duckett is particularly skilful and aggressive against spin.

Fast bowler Mark Wood, who missed the end of England’s victorious T20 World Cup campaign with a hip injury, is still unfit and out of the First Test.